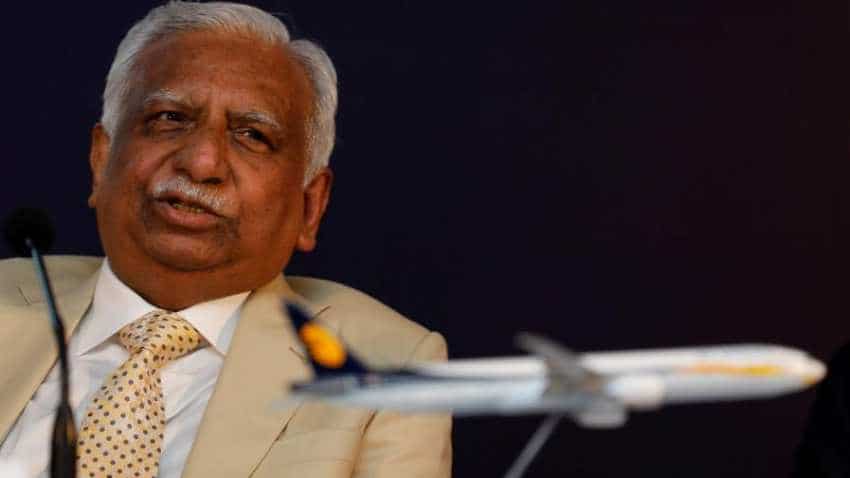 In a letter written to Tony Douglas, the Group CEO, Etihad Aviation Group, on March 8, Naresh Goyal has sought the funding by early next week. Image source: Reuters
Written By: IANS
RELATED NEWS

Cash-strapped Jet Airways` outgoing Chairman Naresh Goyal has sought an immediate funding of Rs 750 crore from the equity partner Etihad Airways. In a letter written to Tony Douglas, the Group CEO, Etihad Aviation Group, on March 8, Goyal has sought the funding by early next week. "As you are no doubt aware, Jet Airways is in a very precarious position, with more than 50 aircraft grounded and increasing arrears of vendors and salaries, which makes the need for interim funding all the more imperative," the letter accessed by IANS said.

With regular grounding of aircraft, sources said close to 50 per cent of airline`s fleet is not operational. Analysts said the situation is fast moving on the path taken by now-defunct Kingfisher Airline. "I now look forward to your support and cooperation in saving the airline b y an urgent fund infusion by way of interim funding support of Rs 750 crore early next week, so that a matching contribution from the banks is also disbursed, as envisaged in the Resolution Plan," it said.

To move things forward, Jet Airways has secured the approval from the the Ministry of Civil Aviation for pledging of Jet Airways` shares in Jet Privilege Pvt Ltd (JPPL) to secure the interim funding, it noted. Jet Airways holds 49.9 per cent stake in JPPL, while the majority is with Etihad.

Etihad Airways` board is meeting in Abu Dhabi to discuss the resolution plan for Jet Airways. The Gulf-based carrier holds 24 per cent stake in the Indian airline. The Jet Airways board had on February 14 approved a resolution plan, as per which the lenders, led by the State Bank of India (SBI), would become the largest shareholders in the airline by converting the airline`s debt into equity at a nominal price of Re 1.

The bailout plan was approved by the shareholders on February 21. The develooment assumes significance as the company in a filing to the stock exchanges on Monday denied having received over Rs 2,000-crore funding from the Punjab National Bank (PNB) as claimed in certain reports.

In another significant development, the airline informed the BSE that "the part repayment of the External Commercial Borrowing availed by the company for working capital purposes, falling due on March 11, 2019, has been delayed owing to temporary liquidity constraints and the company has engaged with the lender in relation to the same".