Jet Airways offers to fly you to foreign lands for just Rs 4,299

In order to book one-way premiere class flight from India to Colombo, Dhaka and Kathmandu, flyers will have to shell out starting price of Rs 18,490 under the offer. However, the ticket price can escalate up to Rs 33,399 for return flight under the same category. 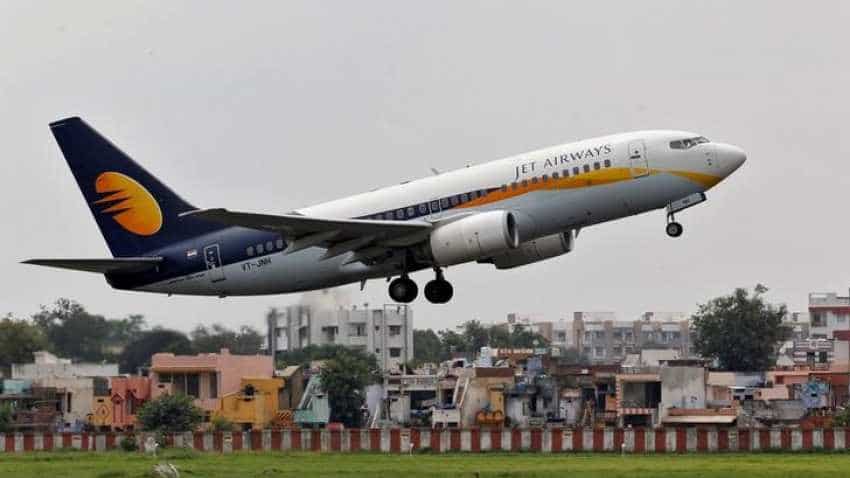 Full service carrier, Jet Airways, has unveiled an ‘International Flight Sale’ scheme, wherein, it is offering flight tickets for as low as Rs 4,299. Passengers will be allowed to fly on one-way tickets to any of the 20 destinations on offer across the globe if they book tickets under this offer. The popular tourist destinations include Colombo, Bangkok, Dubai, Paris and others. Flyers interested to avail a round trip need to pay only Rs 9,999. The Jet Airways offer ends on August 25.

In order to book one-way premiere class flight from India to Colombo, Dhaka and Kathmandu, flyers will have to shell out starting price of Rs 18,490 under the offer. However, the ticket price can escalate up to Rs 33,399 for return flight under the same category.

The interested passengers can book their tickets through the official website and on mobile app of the airline under the offer, stated the company website. The total ticket fare will be Rs 5,499 for a one-way flight in the economy class and can rise up to Rs 12,199 in case of return flights, if you are booking tickets from India to Gulf countries. The places include Abu Dhabi, Dubai, Sharjah, Bahrain, Doha, Dammam, Jeddah, Riyadh, Kuwait and Muscat.

Notably, the carrier grappling with financial woes Jet Airways stated said that its Board will consider the unaudited financial results for the quarter ended June 30, 2018 on August 27. In a BSE filing, the company said, "Audit Committee and the Board of Directors" will, inter-alia, take up the matter in relation to the cost reduction initiatives and turnaround plan.

Earlier, the airline's management had sought time and deferred the consideration of unaudited financial results for the first quarter of the current financial year 2018-19.

Recently, the airline said it is regular in all its payment obligations to bank and statutory dues including PF obligations. It also clarified that there is no difference of opinion between the company and its statutory auditors and that the airline has been working on various cost and revenue initiatives to mitigate the significant increase in fuel rates and depreciation in rupee.

Jet Airways, on August 22, said the board would also take up matters related to cost reduction initiatives and turnaround plan on August 27.