His letter came a day after reports emerged that he has agreed to step down from the chairmanship of the loss-making carrier, in which lenders have now become the largest shareholders. 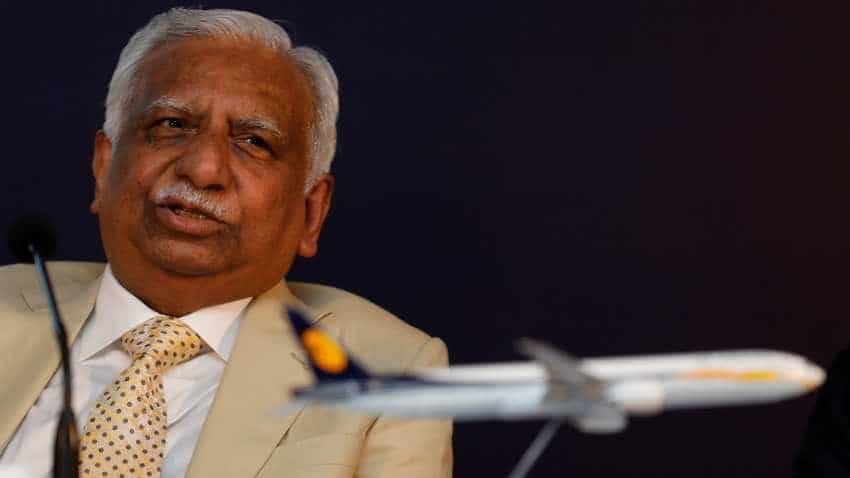 Jet Airways has been grappling with financial woes and is looking to rejig debt as well as raise funds. Image source: Reuters
Written By: PTI
RELATED NEWS

Jet Airways chairman Naresh Goyal Friday urged his employees to bear with him in the "difficult situation" that the airline is going through for some more time and said he is willing to make any "sacrifice" to keep the airline afloat. In an emotional letter, Goyal also assured his employees of keeping them abreast of all the developments in the wake of the airline's rescue plan by the lenders, which has already been approved both by the board and shareholders.

"The deep emotion... Leads me to appeal to each of you from my heart, to bear with me through this difficult situation a little longer, till we emerge out of turbulence and fiscal challenges, into clear blue skies," Goyal said in the letter.

His letter came a day after reports emerged that he has agreed to step down from the chairmanship of the loss-making carrier, in which lenders have now become the largest shareholders.

"Towards this I commit to you personally from my heart, that I am prepared to make any sacrifice to ensure your future comfort and prosperity, viability of the airline and in fact welfare of all the employees of the company," he said.

Jet Airways has been grappling with financial woes and is looking to rejig debt as well as raise funds. On February 14, Jet Airways board had approved a Bank-Led Provisional Resolution Plan (BLPRP), whereby lenders would become the largest shareholders in the airline.

Its shareholders have also approved conversion of loan into shares and other proposals during the Extraordinary General Meeting (EGM) on February 21.

"I solemnly assure you to keep you updated when our CEO, Vinay Dube and his team will ensure a fresh detailed update to be provided to you by the 18th of this month, by which time I am confident of the situation gently easing up in our favour," said Goyal.

"While a few steps remain, some critical steps are behind us and the remaining approval processes are well underway. I assure you that I am personally working this situation as rapidly as possible," he added.
The BLPRP is very critical to the long-term viability and sustainability of Jet Airways and would provide in due course, a funding package, he said.

"In closing, I most humbly request and personally appeal to each one of you for your continued support for just a little while longer so that we can cross the line together," Goyal said. PTI IAS