The move comes a day after an urgent meeting of lenders with Goyal and Etihad Airways Chief Executive Officer Tony Douglas to resolve various issues between the two promoters as well as lenders and Etihad. 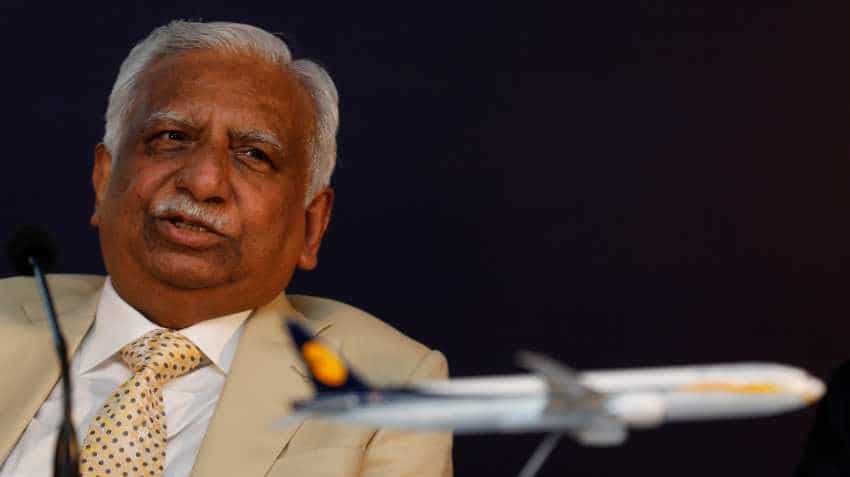 Beleaguered Jet Airways' Chairman Naresh Goyal has agreed to step down as the lenders gear up to acquire majority stake in the airline under a bailout plan, a source said Thursday. When contacted, Jet Airways Vice-President for Corporate Affairs and Public Relations Ragini Chopra said she is "not aware" of the developments.

The move comes a day after an urgent meeting of lenders with Goyal and Etihad Airways Chief Executive Officer Tony Douglas to resolve various issues between the two promoters as well as lenders and Etihad.

The Gulf-based carrier holds 24 per cent stake in the Mumbai-based full service airline, founded by Goyal 25 years ago.

State Bank of India is the lead lender of a consortium that has extended loans to Jet Airways, which has been grappling with financial woes and is looking to rejig debt as well as raise funds.

On February 14, Jet Airways' board had approved a Bank-Led Provisional Resolution Plan (BLPRP), whereby lenders would become the largest shareholders in the airline.

Its shareholders have also approved conversion of loan into shares and other proposals during the extraordinary general meeting on February 21.

Jet Airways Thursday said six more aircraft have been grounded due to non-payment of lease rentals. With this, the total number of aircraft taken out of operations due to severe liquidity crunch in the airline and its subsequent failure to pay rentals to various lessors now stand at 19 so far this month, as per the airline.

In a filing to the stock exchanges, the full-service airline said, "An additional six aircraft have been grounded due to non-payment of amounts outstanding to lessors under their respective lease agreements."

The carrier also said it is making all efforts to minimise disruption to its network due to the grounding of these planes and is "proactively" informing and re-accommodating its affected guests, it said.

Jet Airways also continues to provide required and periodic updates to the Directorate General of Civil Aviation in this regard, the airline added.

Grappling with financial stress due to four consecutive quarterly losses, the airline is looking to restructure its debt as well as raise funds. Its board and shareholders have already approved a bailout plan by the lenders.

After announcing the grounding of four of its planes on February for non-payment to lessors, the airline took another two aircraft out of operations due to similar reasons.

Lessors have grounded more than a dozen of its planes pending payment of dues.