An excited, Naresh Goel, chairman of Jet Airways, believes that the new deal would now give passengers more options as they can travel directly to Europe or via Gulf. He is quick to add that the relationship with Etihad would remain intact. 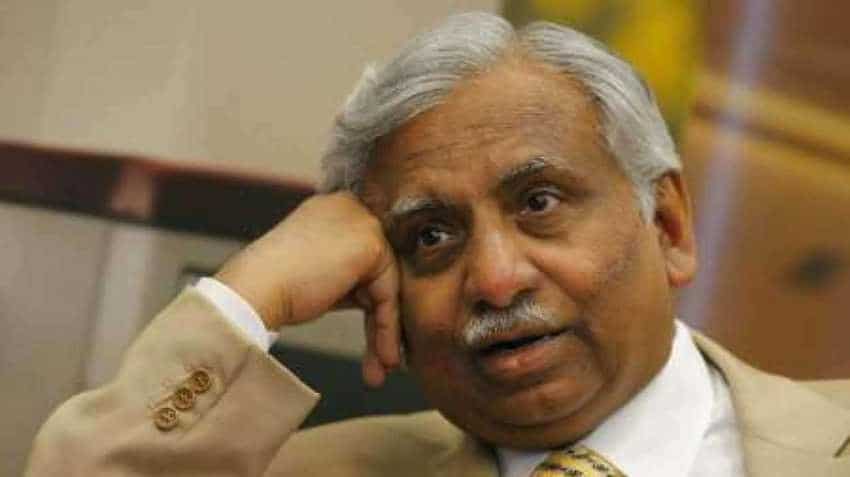 An Etihad spokesperson refused to comment on the alleged flaw in its business strategy. Neither did it comment on whether Etihad will increase its investment in Jet Airways or sell off its equity. Image source: DNA

On August 16, 2015, Naresh Goyal, chairman of Jet Airways, wasn’t his usual self while answering a query at the post AGM press conference in Mumbai. “We are feeding a lot of traffic to Abu Dhabi but we are not a feeder airline (of Etihad Airways). Our partnership with Etihad is a global one,” he stressed.

Three years later, the airline, in which Abu Dhabi-based Etihad Aviation Group holds 24% equity stake, has become the latest airline under the former’s umbrella alliances to go under financial strains after two of its European peers- Alitalia and Air Berlin - were declared bankrupt last year while the equity in Darwin Airline (Etihad Regional) had to be sold off. What is more, Jet Airways has slipped to a distant second position in the last few years since the JV came into play.

Analysts blame it on Etihad’s business strategy which to a great extent depends on its equity alliance partners feeding their passenger traffic into its base at Abu Dhabi, often at the cost of the expansion plans of partners. For Etihad, Jet accounted for nearly 50% of all partner seat capacity into Abu Dhabi last year.

Etihad, established by Royal Decree in July 2003 and wholly-owned by the Government of Abu Dhabi, adopted a business strategy of code-sharing and purchasing equity in struggling airlines around the world with an aim to quickly capture the markets and take march over rival Gulf airlines.

According to Mark Martin, founder and CEO of Dubai-based aviation consulting firm Martin Consulting, acquisitions do not have a high success rate in aviation industry unlike in other sectors like telecom. Martin, a former head of strategy at Spicejet, told DNA Money that the situation in which Jet Airways is currently in is partially the result of its partnership with Etihad, which forced it to become a feeder airline for its base in Abu Dhabi.

“This is exactly what happened with some of the other equity partners of Etihad,” avers Martin. He adds that further capitalisation and refinancing of the airline’s existing debt, apart from cost-cutting measures and change in strategies, will help the Indian full service carrier (FSC) to come out of the red.

Etihad has been on an investing spree since 2011. Apart from Jet, it also bought into a string of airlines — Air Berlin, Alitalia, Air Serbia, Air Seychelles, Virgin Australia, Air Serbia and Darwin Airline (Etihad Regional). While some of its investments have resulted in growth, few others like Air Berlin, Alitalia, Jet and Darwin have not been able to make a mark, the analysts claim, burning a $3.4 billion hole in its books over the last two years.

Insiders say that the first real sign of moving away from its earlier business strategy, Etihad in July last year sold off its stakes in Darwin Airline,adding that Jet Airways could be next in line. A report by leading aviation consultancy firm CAPA went on to the extent of claiming that Etihad would pull out of the equity by December, a charge denied by both Jet Airways as well as Etihad.

An Etihad spokesperson refused to comment on the alleged flaw in its business strategy. Neither did it comment on whether Etihad will increase its investment in Jet Airways or sell off its equity. “As a minority shareholder, Etihad continues to work constructively with the Jet Airways Board, promoter, and management team,” the spokesperson told DNA Money.

Change is partner preference?
The CAPA report released in 2017 illustrates the rise and fall of Abu Dhabi as a hub for Etihad. During the two years of 2013-15, partner seat capacities grew 86%. But from 2015 to a planned capacity for 2017, seat capacity saw a 22% cut, indicating the change in priorities for the partnering airlines.

Many of Etihad’s equity partners, including Jet Airways, are changing their plans too. Over the past few quarters, Jet has focused on working with alliance partners over hubs in Abu Dhabi, Amsterdam, London and Paris, placing an increasing emphasis on its partnership with Air France-KLM and Delta, relative to that with its strategic investor, Etihad. Jet Airways had in November signed an agreement with Air France-KLM-Delta, offering connectivity to over 200 destinations in Europe and US which was announced to generate over $1 billion of revenue for the partner airlines.

The alliance is based on ‘metal neutrality’ business model, whereby the partner airlines become practically indifferent to which plane (metal) ferries the passenger. As per the plans, the partnering airlines will design their routes in synergy and are also likely to ink an agreement to collectively bargain for better fuel price, aircraft maintenance services, and sell each other’s tickets, etc.

An excited, Naresh Goel, chairman of Jet Airways, believes that the new deal would now give passengers more options as they can travel directly to Europe or via Gulf. He is quick to add that the relationship with Etihad would remain intact.

Vinay Dube, CEO at Jet Airways, says Indian aviation market is growing fast enough for everyone to have a larger pie of it. According to an estimate by Jet Airways, around 1.2 million passengers travelled between India and Europe in recent years which the new alliance expects it to increase to 1.7 million by 2019.

A senior Jet executive told DNA Money, “The exploration of our partnership with Air France- KLM Royal Dutch-Delta Airlines has offered the airline improved revenues which can be enhanced further with the right push.”

Turbulance in air
According to industry observers, Jet Airways has been facing headwinds in the past few quarters. High fuel prices coupled with ‘unsustainable’ low fares, volatility in foreign exchange, stiff competition from low-cost carriers including Indigo, GoAir and Spicejet, increased maintenance and overhead costs, have all forced the airline to fly into losses. In the fourth quarter of 2017-18, the airline reported a net loss of Rs 1,040 crore in comparison to the Rs 583 crore profit in the fourth quarter of 2016-17.

Rating agency Icra had in May lowered credit ratings on the company’s short-term and long-term loan facilities citing weakened financial performance as the airline is unable to pass on the rise in jet fuel prices to customers. “The ratings downgrade considers the weakened operating and financial performance of the company because of its inability to pass on the increase in jet fuel prices to customers,” Icra said in its report. However, what surprised the industry was the airline’s move to defer announcement of its latest financial result ending June, giving way to several rumours and theories.

As per the experts, the carrier has also been losing market share. The latest figures available with the regulatory body, Directorate General of Civil Aviation (DGCA), reveal that the airline’s share reduced to 15.4% in the domestic market by end of 2017, from 15.6% at the beginning of the year. The drop in the market share has been drastic in 2018 with the domestic market share coming down to 13.9% in June.

The airlines’ shares have plunged around 16.5% since the start of this month after reports came out about airline not being in a position to survive beyond 60 days if cost rationalisation is not done. There were also reports that the promoter Goyal was even offering to lowering his stake in the company in order to raise some immediate funding. The fall has been around 67% so far this year, which is among the worst in airline business.

The airline has denied all the reports, while accepting that cost cutting measures are currently on.

Trouble may be mounting for the airline as they seem to have come under the regulatory scanner for alleged lapses in timely disclosure of default risk.