Jet Airways also clarified in regards to stock jump, saying, "unable to comment on the reasons for the increase in its stock price on stock exchanges." 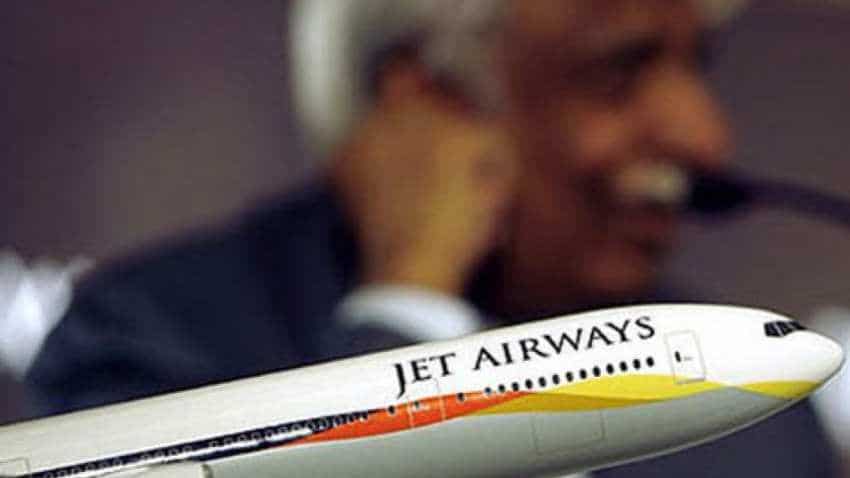 The share price of Jet Airways reversed its trend, after opening on hotbed in early trading sessions of Thursday. Image source: Reuters

The share price of Jet Airways reversed its trend, after opening on hotbed in early trading sessions of Thursday. In first half of trading session investors sold shares to the tune of over 5% drop in the company. Interestingly, the shares made a u-turn and managed to end at Rs 284.80 per piece above 5.09% on BSE. Investors have been denting the airline's shares amidst various speculations that have taken headlines.There was a new rumour, where BSE sought clarification from Jet Airways. This time, it was a news that mentioned, founder Naresh Goyal will invest about Rs 700 crore if the airline's stake does not fall below 25%. However, Jet Airways has broken silence on the news. Not only this, even State Bank of India (SBI) who leads the consortium of banks against the airline's debt, has also come forward talking about Jet Airways resolution plan.

On Naresh Goyal buzz, Jet Airways said, "As a part of continuous engagement with SBI, Naresh Goyal has communicated his position on the resolution plan to SBI which is under consideration."

However, Jet Airways also clarified in regards to stock jump, saying, "unable to comment on the reasons for the increase in its stock price on stock exchanges."

An SBI spokesperson said, "We have seen some media reports on certain issues concerning a Resolution Plan for Jet Airways. This includes speculative reports on pricing relating to any possible investment in the Company."

In this connection, the spokesperson added, " SBI would like to state that lenders are considering a restructuring plan under the RBI framework for the resolution of stressed assets that would ensure long term viability of the Company."

Clarification from Jet Airways and SBI comes after when a buzz took place highlighting that, the airline's major shareholder Etihad Airways is planning to buy stakes of Jet at a massive 49% discount and would give an upfront $35 million in order to bail out Jet from crises.

On Wednesday, Jet Airways said, "We wish to clarify that the resolution plan is presently under active discussion amongst the stakeholders and the various options therein, being privileged and confidential, are yet to be crystallised and agreed to by the stakeholders in the best interests of the Company."

Jet Airways also clarified that,  pursuant to a delay in the payment of interest and principal instalment due to the consortium of Indian banks, led by State Bank of India (SBI), on 31 December 2018, by the Company, SBI in consultation with the other members of the consortium and the other stakeholders has been working on a comprehensive resolution plan towards a turnaround of the Company for its sustained growth and restoration of financial health.

Today, confirming the restructuring plan, SBI spokesperson added, "Any such plan would be subject to approval of boards of the lenders and subject to adherence and clearance, if required, from the RBI and/or SEBI (takeover code, ICDR regulations etc.) and/or Ministry of Civil Aviation and in compliance with all regulatory prescriptions."

Jet Airways to recover its cash crunch has been taking various steps since August 2018 by cost-cutting measures, debt reduction and funding options including an infusion of capital, monetization of assets including the Company’s stake in its loyalty program, in consultation with various key stakeholders.