The airline, which is in financial distress for almost a year now with four consecutive quarters of losses, however, till date not shared the number of flights it has been cancelling for over a month. 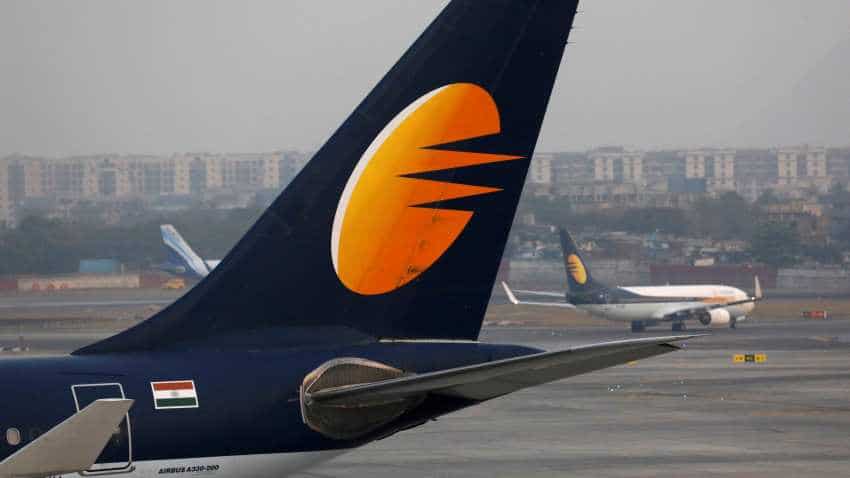 Cash-strapped Jet Airways is passing through a difficult phase. Even as the airline grounded four more planes today, so far 41, the carrier's domestic pilots body National Aviator's Guild (NAG) is all set to hold its annual general meeting in Mumbai tomorrow, said a PTI report citing a source. The meeting appears to be quite significant as it would be held in the backdrop of drastically reduced operations and non-payment of salaries to pilots as well as other staff. The NAG, which represents around 1,000 domestic pilots at the airline, came into existence almost a decade ago.

The report quoted sources as saying, "We are holding our annual general meeting in Mumbai tomorrow. During the meeting, besides discussing our general issues, we will also be deliberating on the present scenario (non-payment of salaries)." The pilots along with other group of people have reportedly not received salary payments almost since December.

The pilots body, which failed to get any assurance from the management on payment of overdue salaries,  last week wrote to Union labor minister Santosh Gangwar, seeking his intervention in recovering their dues along with the accumulated interest, said the report, adding that the severe liquidity crunch has forced the company to ground aircraft, cancelling flights in huge numbers, shut down stations and delay salary payments to a group of staff.

The Naresh Goyal-promoted Jet Airways, which is partially owned by UAE flag carrier Etihad, so far, reportedly grounded 41 of its planes on account of non-payment of lease rentals. These numbers don't include other planes which have been taken out of operations owning to non-availability of funds for maintenance, said PTI.

The airline, which is in financial distress for almost a year now with four consecutive quarters of losses, however, till date not shared the number of flights it has been cancelling for over a month, said the report, adding that the aviation regulator DGCA has also not cleared the picture over the issue.

The airline in a filing to the stock exchanges said. "... An additional four aircraft have been grounded due to non-payment of amounts outstanding to lessors under their respective lease agreements," adding that it is actively engaged with all its aircraft lessors and regularly providing them with updates on the efforts taken to improve the liquidity.

The statement further said, "Aircraft lessors have been supportive of the company's efforts in this regard," adding that all efforts are being made to minimise disruption to its network.