Jet Airways CEO Vinay Dube has said it is painful that there is no commitment on the part of the all stakeholders on paying salaries to the employees. 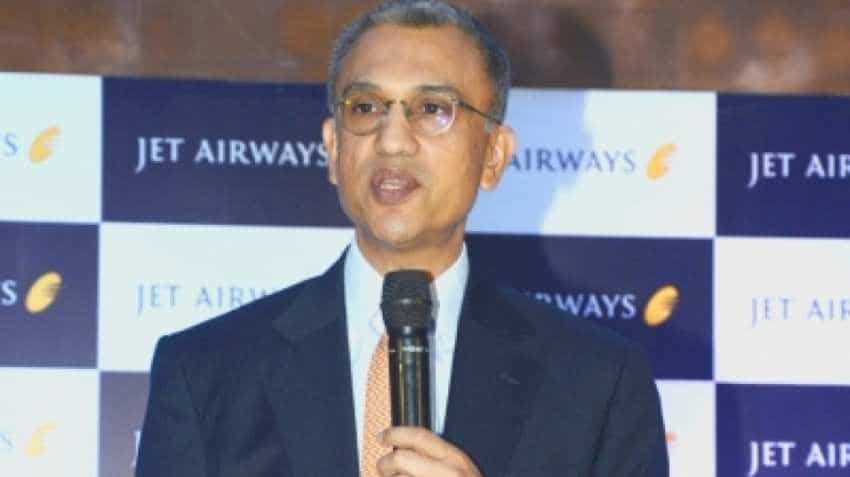 Jet Airways suspended operations after the SBI-led consortium of lenders rejected its demand for a Rs 983-crore lifeline to help carry out operations. photo: PTI
Written By: PTI
RELATED NEWS

In a clear indication of lack of support from the lenders on further funding, Jet Airways chief executive Vinay Dube has said it is painful that there is no commitment on the part of the all stakeholders on paying salaries to the employees which are due in a few days. The now grounded airline has not paid March salaries to its over 20,000 employees. Jet ceased operations on April 17. April salary is due in a few days.

The airline suspended operations after the SBI-led consortium of lenders rejected its demand for a Rs 983-crore lifeline to help carry out operations and pay to the employees their March salaries.

"While we will continue to support the bank's bid find a buyer or the airline, it pains us to communicate that no clarity or commitment on salaries has been provided by any of our stakeholders so far," Dube said in a communication to employees Friday.

Significantly, on Friday the employees had planned to take out a peace walk towards the venue of Prime Minister Narendra Modi's election rally in the BKC are here, but was cancelled at the last minute on request from the police and the state government.

"While on the one hand, we are being told to preserve the value of Jet Airways during the bid process, on the other hand, with no salary payment, some of our colleague have no choice but to find employment elsewhere.

"When we highlight the disappointing irony of this situation to the lenders, we are simply told that this problem is to be addressed by the shareholders, who should and could have agreed on a resolution plan a long time ago," Dube lamented in the letter.
He also said though there have been many board meeting, the promoters and strategic shareholder (Etihad) there was no favourable outcome on funding and paying salaries so far.

"We have also approached government at the highest levels seeking intervention and assistance but that too has not yielded any positive results," he added.

Dube also said in the past few days the leadership team is trying to convince the lenders to release some funds to the employees, while continuing to support the bank led bid sale process.

"We have told them repeatedly that our employees are facing grave hardships owing to non-payment of salaries and that if this were to continue any longer, our employees will have no option but to find employment elsewhere.

"Unfortunately, the banks have said they are unable to make any salary commitments, until after the bidding process is complete," he said.