As part of the Jet Airways Resolution Plan that has been tharshed out, the lenders will provide an immediate interim funding support of Rs 1,500 crore to Jet Airways. 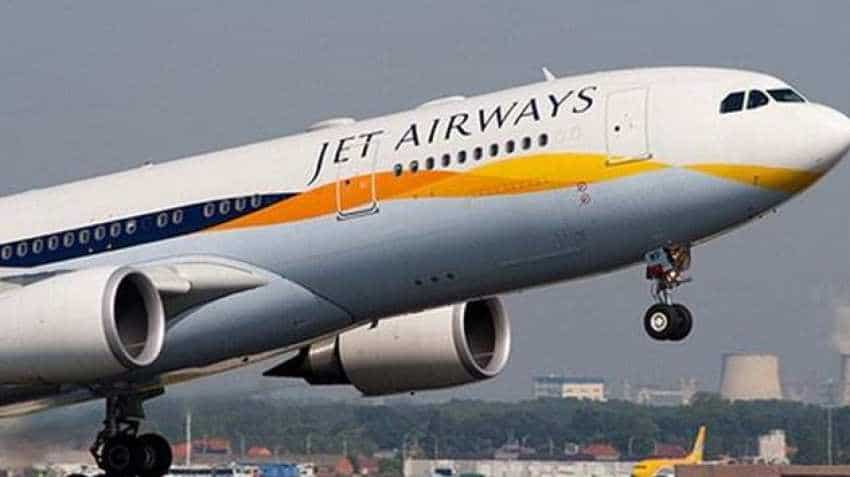 Finding a sustainable solution to ensure a tangible turnaround for Jet Airways has been receiving all the attention of the stakeholders recently and extreme steps have been resorted to, with the latest being the announcement of the resignation of founder and chairman Naresh Goual from the airline he founded some 25 years ago. All of this activity is directed at one goal - enable the beleaguered airline to restore normalcy and get back to its normal level of operations.

As part of the Jet Airways Resolution Plan that has been tharshed out, the lenders will provide an immediate interim funding support of Rs 1,500 crore to Jet Airways. The company will also engage with payment intermediaries for release of trapped cash. The airline will leverage the funding to partly clear pending dues towards lessors, vendors, creditors and employees in a phased manner. The move will see Jet Airways re-deploy several of its grounded aircraft back into its network, helping renew many of the routes it had temporarily suspended, which will help restore normalcy of operations, aiding the airline’s long term transformation to continue expansion and to regain its position as a global player.

Naresh Goyal said, “For me, the 22,000 employees are my own family, as dear to me as Nivaan, Namrata and my wife Neeta, and no sacrifice is too big for me to safeguard the interest of Jet Airways and the families of the 22,000 employees. For the sake of my family of 22,000 employees and their respective families I have today taken the step of stepping down from the Board of Jet Airways. I became the Chairman on 1st April, 1992 and my family is behind me and with me in this decision and I hope you will support my decision too. I will miss you one and all. Thank you for your brilliant dedication and loyalty down the years. I am proud of you and wish you all a great future ahead with our Jet Airways!”

As part of the proposed solution, the Board of Directors of Jet Airways met today and approved the following:

1. The conversion of Re 1 of Lenders’ debt into equity by the issuance of 11.4 crore equity shares, in accordance with the RBI Circular of 12th February, 2018. With this, the consortium of Indian lenders, led by State Bank of India (SBI), will become the majority shareholders of Jet Airways.

2. Reconstitution of the Board of Directors of the Company by:

3. Resignation of Promoter, Mr Naresh Goyal, Mrs. Anita Goyal, and Mr. Kevin Knight, nominee director of Etihad Airways from their positions on the Company’s Board.

4. The two nominees of the Promoter and one nominee of Etihad Airways will continue on the Board.

5. Two lender nominees will be inducted to its Board, subject to the receipt of requisite approvals.

According to an official statement, Jet Airways said, "An Interim Management Committee (IMC) has been constituted to oversee the overall financial and operational performance of the airline under the overall supervision of the Board of Directors with the support of McKinsey & Co. The airline’s robust and long-term operating plan focuses on revenue enhancement and cost optimisation as the fundamental pillars of building a healthy, growing and durable airline. The plan addresses a cross-section of areas in addition to an operating plan, which takes advantage of the airline’s fleet, its resources, slots and its network. As part of the resolution plan, the Lenders will also begin the process of sale / issue of shares to new investors which is expected to be completed in the June quarter."

It added that, "Naresh Goyal, the Board of Directors and the entire management team of Jet Airways take this opportunity to duly acknowledge the contribution and unshakable faith of the entire workforce of Jet Airways, including the airline’s pilots and engineers, who have been supportive and understanding of the situation. Their exemplary forbearance has been humbling. The Promoter and all stakeholders remain fully committed to ensure deferred salaries and dues to external vendors and aircraft lessors are cleared on priority in the foreseeable future. Goyal considers himself very fortunate to have such a dedicated team by his side and is confident that with their collective efforts, Jet Airways can be set back on track, signaling the successful return of India’s premier, full service international carrier."

It concluded by saying, "The Board also took particular and deeply grateful cognizance of the Chairman’s noble, large-hearted self-sacrifice in graciously stepping down from all that he held dear for the sake of the 22 thousand employees of the Company. In solidarity with the Chairman, Mrs. Neeta Goyal firmly averred that she stood by her husband in his selfless decision and that together they would do all that was needed to save the Airline."