Jet Airways board to consider cost cutting measures on Aug 27

The board of crisis-hit Jet Airways will consider cost reduction initiatives and turnaround plan along with June quarter results at its meeting on August 27, according to a regulatory filing. 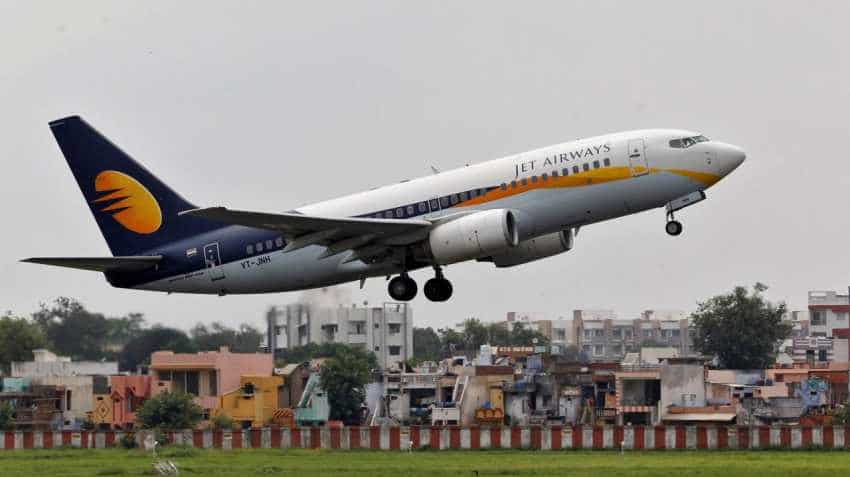 The board of crisis-hit Jet Airways will consider cost reduction initiatives and turnaround plan along with June quarter results at its meeting on August 27. Image source: Reuters
Written By: PTI
RELATED NEWS

The board of crisis-hit Jet Airways will consider cost reduction initiatives and turnaround plan along with June quarter results at its meeting on August 27, according to a regulatory filing.

The full service carrier, which is grappling with financial woes, has been looking at ways to reduce costs amid high oil prices and intense competition.

On August 9, the airline's board of directors deferred announcement of unaudited financial results for the June quarter and the same would be taken up on August 27.

In a filing to the stock exchanges today, Jet Airways said the board would also take up matters related to cost reduction initiatives on August 27.

While considering the unaudited financial results for the June quarter, the board would also "take up the matters in relation to the cost reduction initiatives and turnaround plan, for which the management had earlier sought time", the filing said.

The delay in announcement of financial results by the airline has already come under the regulatory scanner. The Corporate Affairs Ministry has sought clarifications from the auditors of Jet Airways and markets regulator is also looking into the deferment of the results, sources had said.

On August 9, Jet Airways CEO Vinay Dube said that the carrier has been working very diligently and has been implementing for some time a mission plan that looks at every element of structuring from cost perspective, and revenue perspective among others.

"We are looking at costs related to fuel, fleet, sales and distribution. And the return to profitability will come with the execution of these measures," he had told shareholders at the annual general meeting.

On the issue of pay cuts, Dube had said that the airline was looking at multiple elements of restructuring and payroll was one of them.

"We are in deep dialogue with our staff and they are extremely supportive of our restructuring plans... In that we will make the best decision in the interest of the company and the employees," he had said.

On that day, Jet Airways Founder Chairman Naresh Goyal said that he felt "guilty and embarrassed" as a lot of shareholders have lost their money, amid the airline's shares plummeting on financial woes.

In recent weeks, shares of the airline has taken a beating on the bourses. On Tuesday, the scrip declined nearly 3 per cent to close at Rs 292.35 on the BSE.

About reports that the Corporate Affairs Ministry has opened a preliminary probe into alleged diversion of funds at Jet Airways, the airline said on Tuesday that it has not received any communication from the ministry in this regard.