September has been a good month for the auto sector as there was a pick-up in sales in the passenger vehicle segment, says Nishant Arya, Executive Director, JBM Auto. During an interview with Swati Khandelwal, Zee Business. 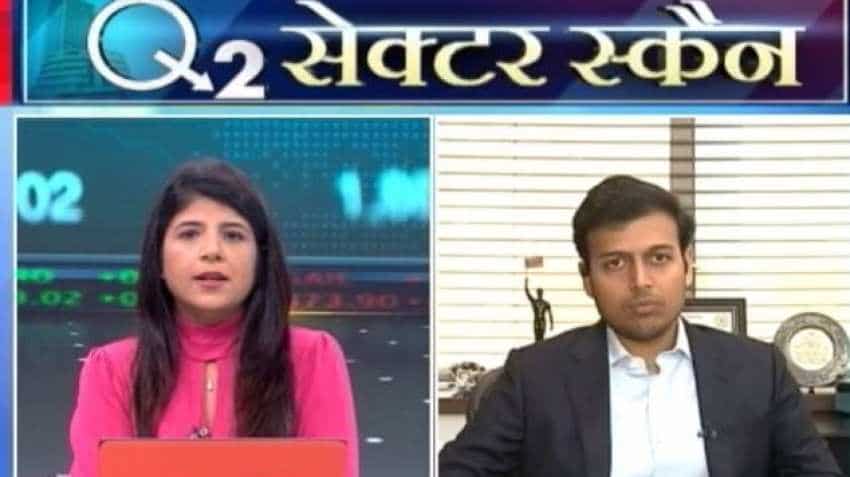 September has been a good month for the auto sector as there was a pick-up in sales in the passenger vehicle segment, says Nishant Arya, Executive Director, JBM Auto.
Written By: ZeeBiz WebTeam
Edited By: Harish Dugh
RELATED NEWS

September has been a good month for the auto sector as there was a pick-up in sales in the passenger vehicle segment, says Nishant Arya, Executive Director, JBM Auto. During an interview with Swati Khandelwal, Zee Business, Mr Arya said: Scrappage policy is a good initiative as its implementation will remove the older vehicles from the road and give a boost to the demand in the industry. Edited Excerpts:

Q: Do you think that the festive season will be good for your company, if yes, then talk about the kind of growth that is expected in the season?

A: Month of September has been good because the sales were better in the industry for the passenger vehicle segment. However, the downturn has continued in the commercial vehicle segment and the sales are not picking up. As JBM Motors, we focus on the component in the two-wheelers segment in these two areas. In the case of the bus segment, there is a good uptick and traction in the market also. Simultaneously, I feel that in the coming months it will be a mixed bag because there are spuds of purchases, which we see in certain seasons but consistently, it is not growing. And, I feel that the downturn will continue till until June 2020 and the markets will not improve for the auto sector as a whole where we cover all the different segments of two-wheelers of passenger vehicle and commercial vehicles. But things will start improving from next July and August.

Q: Government is moving ahead on the scrappage policy. How the policy will impact your business and what are your hopes from it?

A: Scrappage policy is a good policy and its implementation will need plants for it. Thus, it will have its lead-time. It will remove the older vehicles from the road leading to the reduction of pollution and enhance the demand in the industry at a large. It will take place primarily in commercial and passenger vehicles because the segment has old vehicles of BS-I, BS-II and BS-III era. And, the life of the vehicles that the government is deciding, 10-15years, depending on the fuel and segment, in which you are operating. It will give a good boost to the industry and people will look forward to buying vehicles, as well.

Q: Update us about the existing order book of JBM Auto, in terms of numbers? What is your focus especially on electrical buses?

A: We have just got an order of about 300 buses from different customers, which will be supplied in Delhi to private companies, airlines like Indigo, SpiceJet. We are also supplying to Navi Mumbai and different STUs and private companies are buying from us for multiple applications. Apart from this, several STUs and RTCs across India are tendering and in the next two-three months, i.e. by end of January, there will be an utmost level of clarity for the electric bus market because after FAME-II, the government has led down certain norms with the model concessional agreement and timelines that they want to put in place so that the vehicles are hitting the road within the next calendar year. I think, based on the same, most of the STUs would be able to conclude the whole tendering process and award to players who will satisfy all requirements and are most competitive by the end of this year. I believe that in a couple of months we will be having a good level of clarity on this.

Q: Is your company looking for merger and acquisition (M&A) opportunities in India or the international market, if yes, then in which vertical and geography?

A: Automotive sector is going through a tough phase at present and that's why we are focusing a lot on cash flow and enhancing the efficiencies of our operations and that's why we are not focusing on M&A. However, we are open to any openings which are coming up in domestic and international markets. Now as a group, we are present across 12 countries directly as a manufacturer and service provider, while we are exporting to nearly 25 countries across the world. So, we are very comfortable in all those markets and new markets that are aligned with our group requirements. We keep evaluating, where we are working with customers on global platforms but are prudently looking in the automotive sector on the ways to sustain during these tough times that are going to be there for at least next 10 months and then overcome from it. The acquisition that was done at the beginning of this year is going through a transition phase and the company is performing well and we are trying to see how it can come up to a mark. The technology that we have in that company is weather hot forming, aluminium technology and roll foaming technology. These technologies will be brought to India and JEM Auto will be the biggest beneficiary but since we see that the turn-around time for any such project is at least 12-18 months, so that is the period in which we are at present. But, I would say that the second half of FY21 and the complete year of FY22 will see the benefit of those.