The Jaypee Group in April 2018 also had submitted a Rs 10,000 crore plan before the lenders to revive Jaypee Infratech, which was not accepted. 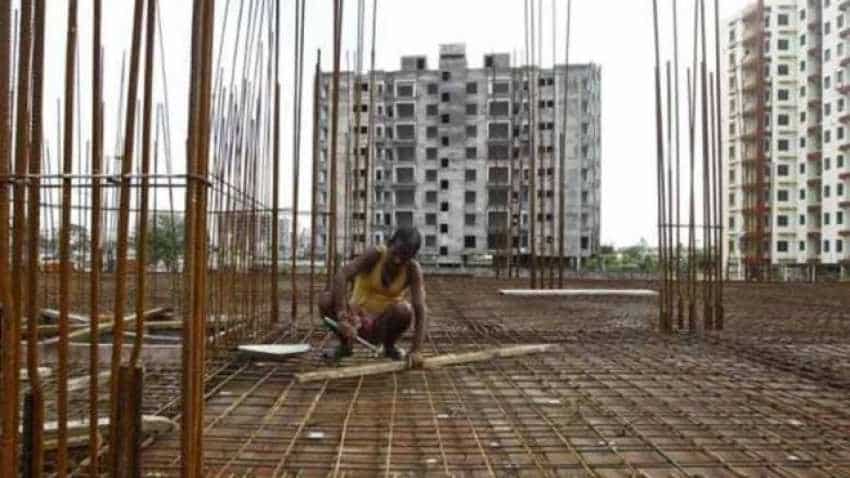 According to the company, there were 20,524 incomplete units as of April 1 and in the first two years, it would complete 9,762 units including all the units in Noida. Image source: Reuters
Written By: IANS
RELATED NEWS

Promising to construct over 20,000 incomplete flats in four years time, the Jaypee Group has written to home buyers that it would submit a fresh resolution to get back Jaypee Infratech and has sought their support for the withdrawal of the insolvency case. In its resolution plan, Jayprakash Associates, a group company of which Jaypee Infratech is a subsidiary, promised a "minimum" haircut to banks, offered 2,000 equity shares out of promoter holding and to set up an "overseeing committee" consisting of a retired Supreme Court judge.

The Jaypee Group in April 2018 also had submitted a Rs 10,000 crore plan before the lenders to revive Jaypee Infratech, which was not accepted. "Our revised offer for settlement under Section 12 A of IBC shall address minimum haircut to banks and will reflect our intent and commitment to complete homes in transparent manner, address delayed compensation to the extent this company can endeavour, FD holders are paid (all what has been annexed to this mail is now part of the JAL submission under section 12A)," said the mailed signed by Manoj Gaur, Chairman, Jaypee Group.

"This will validate that with resolution of JIL under the IBC, while banks will receive their dues with minimum hair cut, concerns of other stakeholders too, are addressed/resolved amicably," it said.

The letter, dated April 22, 2019, comes after Gaur met around 1,000 home buyers on Friday (April 19) and requested them to support the fresh resolution. On April 19, around 20 home buyers were also on hunger strike in protest against the Jaypee Group.

According to the company, there were 20,524 incomplete units as of April 1 and in the first two years, it would complete 9,762 units including all the units in Noida. In the third and fourth year, it would complete construction of the remaining 10,760 units.

As per the resolution plan, Jaypee Associates would infuse Rs 1,500 crore "up front to cover deficit in cost of completion of homes".

The 100 acres would be housed in a "JIL Home Owners` Welfare Trust" of which entire beneficiary interest shall lie with the 20,524 home owners, as per the proposed resolution. "Upon fulfilment of above schedule, the land under reference shall be sold (expected in 4th year) and proceeds thereof shall be disbursed to home buyers in proportion to their accrued delay compensation," it said.

It also promised that the company itself would bear the cost of stamp duty for the original allotees who did not get the flats by April 1, 2019 and also assured no maintenance fee for those home buyers for a year.

"Offer of 2,000 equity shares (as per SEBI guidelines) at nil consideration out of promoters holding, shall give home buyer an opportunity to be a `shareholder` thus providing potential value addition in future."

In a letter mailed to Gaur, accessed by IANS, a section of the home buyers refused to support his resolution plan.

Regarding the company`s promise to infuse Rs 1,500 crore, the home buyers` mail said: "When you repeatedly failed to deposit Rs 2,000 crore as was ordered by the Supreme Court, please let me know wherefrom this amount is coming in now."

The mail has also sought the "marketable value as on date" of the 100 acres unencumbered land.

The state-run NBCC is likely to submit a fresh bid to acquire Jaypee Infratech on Wednesday. The other bidder is Suraksha, and Adani Infrastructure and Developer too has expressed its interest to bid.

The Committee of Creditors (CoC) would finalise the best bidder on April 30 as the deadline for resolution of JIL ends on May 6.