Issue is not with Sikka, but with the quality of governance, says N Murthy

Last year in May, the company had revealed that it has paid Rs 23.02 crore severance pay, salary and other benefits to outgoing Bansal. 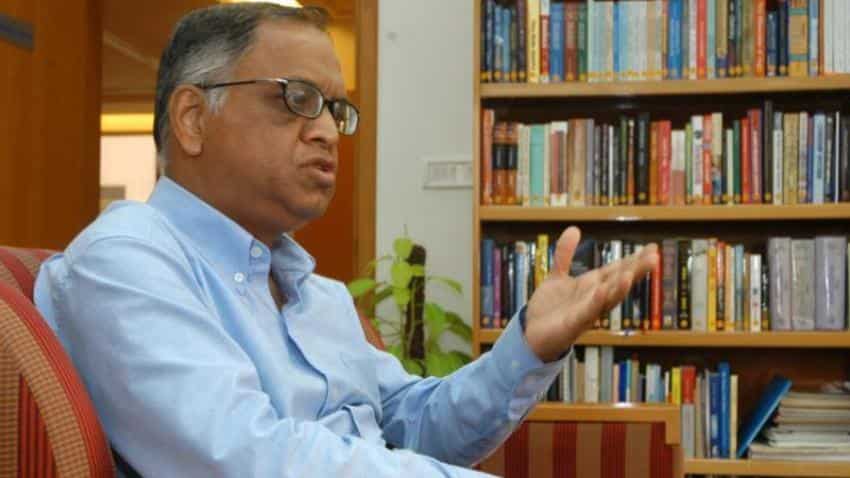 The report stated that the founders are in believe that the company is in need of a new chairman. Photo: Reuters

Two days after the speculation of Infosys founders being disappointed with the CEO Vishal Sikka, one of the co-founder N Narayan Murthy has finally break the silence as he questioned the huge severance pay given to former top officials during their exit.

Being the major shareholder in the company at 3.44% along with his family, on Thursday, Murthy admitted that he was "distressed" by what's happening at Infosys, a report said.

The Times of India, in a report quoted Murthy saying, "The issue is not with Vishal Sikka, but with the quality of governance at the board. It has slipped."

On Wednesday, there was a buzz in the media about Infosys founders-- N. R. Narayana Murthy, K. Dinesh, Nandan Nilekani, Ashok Arora, S. D. Shibulal, Kris Gopalakrishnan, N. S. Raghavan, are upset with Sikka and his decision on giving huge severance pay to former CFO Rajiv Bansal and former legal counsel David Kennedy, while they were leaving from the job.

Last year in May, the company had revealed that it has paid Rs 23.02 crore severance pay, salary and other benefits to outgoing Bansal. He had resigned from the post in October, 2015.

After Bansal, other two Michael Reh, an executive VP, and David Kennedy, legal counsel were given huge severance pays when they decided to quit.

As per the report, Murthy said, "When David Kennedy was appointed, it appears nobody went into details and asked, 'Is it normal at Infosys to accept 12 months as severance pay, when the norm for all others is three months?' It is the work of the chair of the remunerations committee to do that. When CFO Rajiv Bansal left, should he have got 30 months' severance pay? That is 10 times the norm at Infosys. What is the real reason behind such an extraordinary payment?"

Moreover he also mentioned he has received over 1,800 emails by the employees at senior, middle and junior levels at Infosys, who had expressed their unhappiness over the severance pay given to the top officials. The employees have demanded answers from the company that why they get only 80% of the variable part of compensation, while somebody who has left the company is given 100% variable for the next two years after leaving.

The report stated that the founders are in believe that the company is in need of a new chairman or a co-chairman who value the "ethos of the company".

However, the company on Friday denied any lapses in corporate governance. In a statement,  Infosys Ltd said, said, "The issues highlighted by the media - CEO compensation, appointment of certain Independent Directors, and severance pay relating to former employees - are several months old, on which the Company's position has been repeatedly explained."

"While the Board appreciates and respects inputs from the Founders, it is committed to fulfilling its fiduciary responsibility to act independently and in the overall interest of the shareholders.  The Company will take every step to uphold the standards of governance processes, of which the Company has always been an exemplar," Infosys said in its statement.

In fact, on Thursday, Sikka, asked employees not to get distracted by speculations that question the company's commitment to "governance, integrity and values".