Israel's national carrier El Al has withdrawn its plea filed in the country's top court against the government's decision to allow Air India to fly over Saudi Arabia's airspace on the Delhi-Tel Aviv route, which it had claimed gave its competitor an unfair competitive edge. 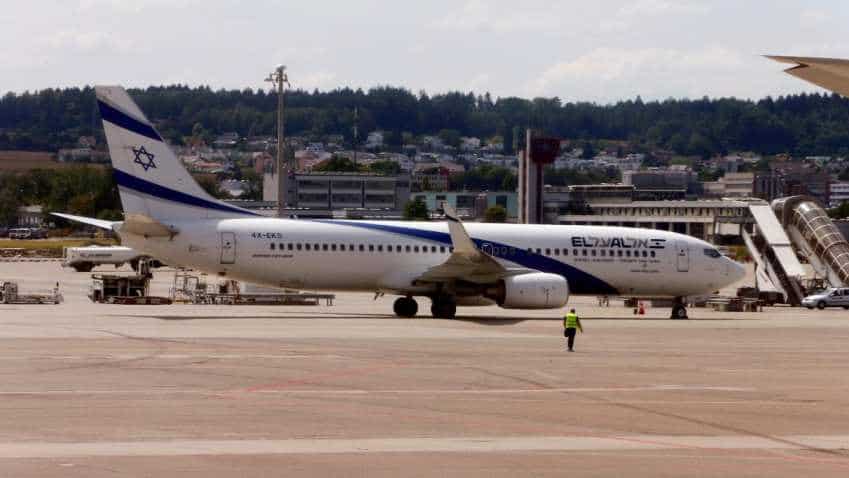 Israel's national carrier El Al has withdrawn its plea filed in the country's top court against the government's decision to allow Air India to fly over Saudi Arabia's airspace on the Delhi-Tel Aviv route, which it had claimed gave its competitor an unfair competitive edge.
Israel's High Court of Justice had urged El Al to drop the petition it filed in March this year, days after Air India's inaugural flight landed in Tel Aviv on March 22.
In a statement to the Tel Aviv stock exchange, the airlines said its decision was made following a hearing on the matter on July 18. No further details were provided, but it seems the airlines decided to pay heed to the court's request.
El Al had filed an urgent petition to the court against the Israeli government, Transportation Ministry and the Civil Aviation Authority, claiming that granting the Indian airline permission to fly the route, which significantly reduces the cost and flight time, gave a foreign company an unfair competitive advantage and violated the state's commitment to Israel's national carrier.
The Air India flight between Delhi and Tel Aviv flies over Saudi and Omani airspace, two countries with which Israel doesn't have diplomatic relations.
The permission by the two countries to allow Air India to fly through their airspace on the way to Tel Aviv was hailed as "historic" by Israeli Prime Minister Benjamin Netanyahu and Transportation Minister Yisrael Katz.
It was also projected in the Israeli media as a sign of warming ties between Israel and the Gulf countries, something that Netanyahu keeps hinting at when he talks about his country's growing acceptance worldwide under his leadership.
El Al in its petition argued that allowing Air India to cross over airspace that is closed to Israeli-owned airlines violated the 1944 Convention on International Civil Aviation as well as various Israeli government decisions.

The airline noted in its petition that in a December 1994 decision to privatise El Al, the government said that Israeli civil aviation policy must ensure "equal opportunities between Israeli airlines and foreign airlines on a competitive basis" and ensure "sound and fair competition".
The airline also argued that the new route also violates a bilateral agreement Israel and India signed in 2016 that obliges Jerusalem to allow El Al "an equal and fair opportunity" to operate the flight route between the two countries.
Meanwhile, Air India has increased its frequency of weekly flights on the route to four times a week, starting with three, amid reports that it may soon become a daily flight given the "spectacular" response.