Is Spicejet the new aviation leader?

Overall, the industry’s passenger load factor has tumbled marginally, due to lower PLF at Indigo (-3.6% YoY) and SJET (-2.3% YoY), which together accounted for over 100% of incremental capacity addition in February. 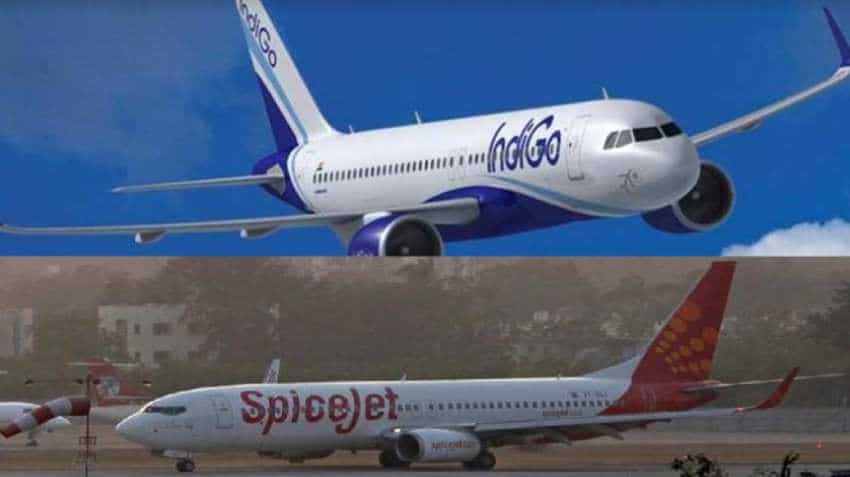 Even though when Boeing 737 Max was asked to be banned, it was private carrier SpiceJet who most feared will suffer heavily. Apart from this, it was already in crises Jet Airways that was expected to take a massive hit from the aircraft grounding. With this, Indigo which has continued to hold its lead in the Indian aviation sector in terms of market share was seen to be the most beneficial. However, looks like tables have turned, and there is a new leader in aviation town. And sadly, it is not Indigo. Guess what! SpiceJet has outrun Indigo both in terms of PAX growth and in capacity. Overall, the industry’s passenger load factor has tumbled marginally, due to lower PLF at Indigo (-3.6% YoY) and SJET (-2.3% YoY), which together accounted for over 100% of incremental capacity addition in February.

However, in PAX growth, SpiceJet has overtaken Indigo on domestic growth of 17% compared to latter’s 14.9% growth in February 2019 month. On the other hand, Jet Airways suffered from its PAX falling 28.2% YoY in February, although PLF remained relatively flat at 89% due to capacity cutbacks.

Jal Irani and Vijayant Gupta analysts at Edelweiss Securities said, “We expect RASKs to surge at Indigo and SJET as the spike in airfares (up 15% YoY according to Yatra.com CEO) would easily offset the slight decline in PLFs.”

On Indigo, the duo said, “Indigo continues to log stellar outperformance with PAX growth of over 50% in February. The airline made an international foray at an opportune time with strong growth thereof offsetting the slowdown in domestic PAX growth. Over the past four years, Indigo’s international market share more than doubled to 7.9% by Q3FY19. With international PAX growth estimated to be 5–10% during the month, we expect continued – and notable – gains in market share for Indigo. Indigo primarily operates on the price-sensitive ME/SE Asia routes, having gained significant share from Jet and Emirates.”

In Edelweiss’ view, we believe Indigo’s strategy of replacing the A320neo with A321s in order to pursue the international market is a game changer as Indigo may be reluctant to expand its domestic market share beyond 50% due to antitrust issues. We prefer to play the aviation growth story through both Indigo (international expansion) and SJET (domestic). Maintain ‘BUY’ on both.

Hence, it would be interesting to watch how SpiceJet leads the way in aviation sector and can it outrun in Indigo’s presence. But for now, February data would be a momentary shift, as there is no denying Indigo does have a strong foothold.