Is incentive-based ads the future of in-app advertising?

Many companies are coming up with innovative ways in which to engage with the audience by creating a reward or incentive-based system of in-app advertising. 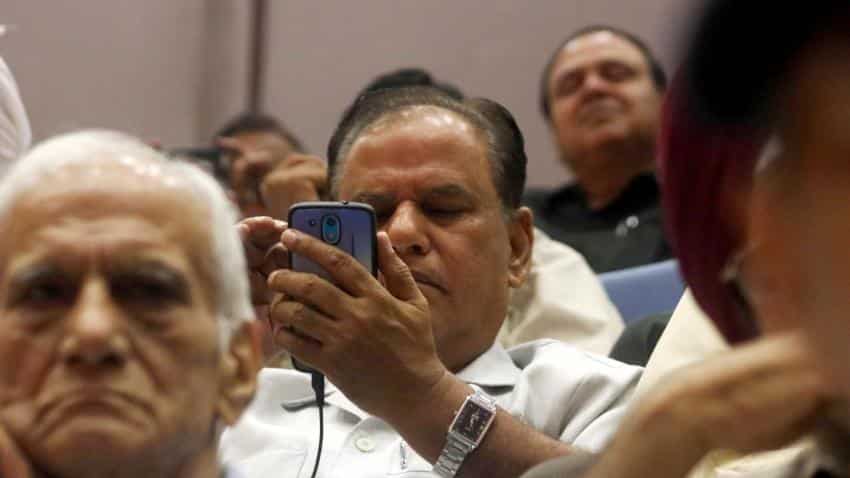 A man playing a game on a mobile phone. Photo: IANS

There is an app for almost anything and everything today that a person can think off today. With the increasing growth and penetration of smartphones in India, the mobile app usage has grown significantly.

India even beat US in 2016 in mobile app market growth on Google Play. Indians downloaded over 6 billion apps in 2016, up from 3.5 billion in 2015, a 71% growth, according to recent report by research firm App Annie. This was significantly higher than the overall 15% growth in app downloads around the world and even surpassed the US, which was the biggest mobile app market.

The report further said that this is only the beginning for the mobile market app in India, as smartphone penetration is still below 30% and the economy is expected to still grow.

This was seen as overall app publisher revenues in India had grown by 40% year-on-year in 2016, resulting in revenue growth of $35 billion across iOS and Google Play app stores. The report further said that publishers made over $89 billion in revenue from in-app advertising, app store revenue and third-party Android stores.

What's more, India is ranked at the top in terms of in-app advertising, with 70% of mobile app revenue coming from in-app ads and 30% coming from app store revenue, according to the App Annie report.

According to another report by App Annie-Nasscom said that total app game revenue in India is forecasted to reach as high as $1.1 billion by 2020.

This opportunity comes as it still in-app advertising has not even scratched the surface, as many brands today in India still use static banner ads and full screen ads in their in-app advertising. Video in-app ads follow the two in terms of generating most revenue on this platform.

However, in-app advertising today in India is going beyond the static banner or video ads, to becoming something which is engaging the audience.

Many companies are coming up with innovative ways in which to engage with the audience by creating a reward or incentive-based system of in-app advertising. This includes giving them access to some information or, in case of a gaming app, allowing them to proceed to the next level by watching an add. Some apps even pay money to users as incentive to watch an ad.

POKKT is one such smartphone advertising platform that specialises in in-app video ads and uses this reward method where users of a gaming app, for instance, can allow either get hints how to progress to the next level or get a extra life by watching an ad.

Vaibhav Odhekar, COO and Co-founder of POKKT said, “In the whole advertising ecosystem, the only way apps will make money is by in-app purchases. However, in emerging markets people are not that comfortable with making in-app purchases even if it for a small amount. As mobile penetration keeps growing the amount of users in these apps grow disproportionately. The only way to sustain this is through in-app advertising.”

He further said that today POKKT gets a billion ad requests every day and says that they cannot cater to it, but that is the potential that it can rise to.

“Whatever the KPI's (measurement methods) of the brand is, this reward method of in-app advertising gets 30-40% higher engagement than the industry benchmark,” he says.

There is another app called Dollartune rewards people by paying them money to watch or listen to ads of brands. The users of the app get rewarded by points which are redeemable for money through Paytm where they can use it to buy anything they want.

Each point they earn is equal to 5 paise and various types of ads can earn the user different points. They can then redeem these points on Paytm.

Raja Gupta, CEO, BrandAd Emedia Solutions speaking about the ad rates says it is per 1,000 deliveries (views or listened to), so it is Re 1 per per video ad, 50 paise per audio ad, 80 paise for the ringtone option and 25 paise per print ad seen. He said the video ads must not be more than 20 seconds as in the digital media people do not watch too long ads.