Apple posted revenue for its March quarter of $61.1 billion, an increase of 16 per cent from $52.9 billion last year. Wall Street expected $60.8 billion, according to Thomson Reuters. 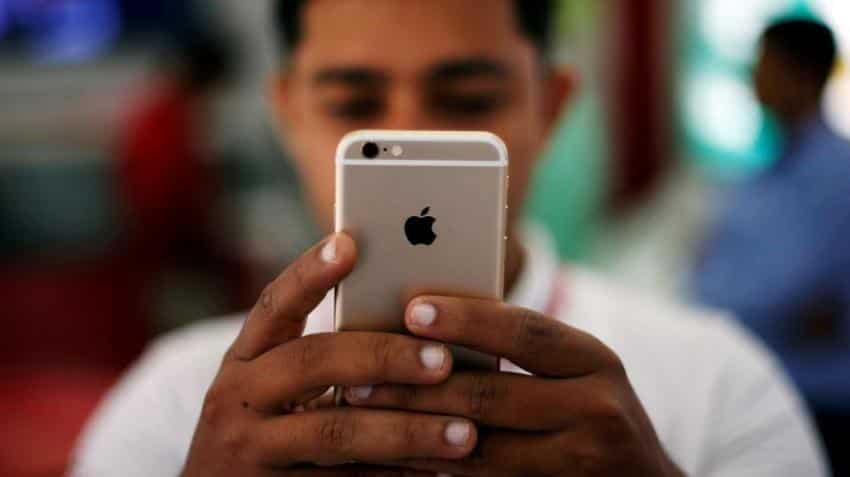 Apple Inc on Tuesday reported a strong set of numbers, beating revenue and profit expectations for the March quarter of financial year 2017-18. The IT firm registered resilient iPhone sales despite fears of waning global demand and also announced $100 billion in additional stock buybacks. Reacting to robust Q4 numbers, Apple share price rallied 4 per cent after the closing bell and ended the regular session up 2.3 per cent.

Apple posted revenue for its March quarter of $61.1 billion, an increase of 16 per cent from $52.9 billion last year. Wall Street expected $60.8 billion, according to Thomson Reuters. Apple also predicted revenue of $51.5 billion to $53.5 billion in the June quarter, ahead of the $51.6 billion Wall Street expected, and the share repurchases in the March quarter drove Apple’s cash net of debt down slightly to $145 billion.

Suppliers around the globe had indicated waning demand for iPhones, playing into fears that the company known for popularising personal computers, tablets and smartphones had become too reliant on the iPhones. Sales of 52.2 million iPhones against a Wall Street target of 52.3 million was a comfort and up from 50.7 million last year, according to data from Thomson Reuters. Famously, many critics had said that the iPhone X was virtually dead as the public was not much enthused by it.

"We are thrilled to report our best March quarter ever, with strong revenue growth in iPhone, services and wearables," Apple CEO Tim Cook said in a statement.

"Customers chose iPhone X more than any other iPhone each week in the March quarter, just as they did following its launch in the December quarter. We also grew revenue in all of our geographic segments, with over 20 per cent growth in Greater China and Japan," he said.

"Let me start with India, and then I'll talk more about China. India, we set a new first-half record. So we continue to put great energy there... Our objective over time is to go in there with all of our different initiatives from retail and everything else," said Cook during the company's earnings call.

"And so we are working toward those things. It is a huge market and it is clear that many people will be moving into the middle class over time, as we have seen in other countries," he added.

Apple bought $23.5 billion of stock in the March quarter, and said it planned to hike its dividend 16 per cent, compared with a 10.5 per cent increase last year. Analysts believe the heavy emphasis on buybacks will bolster share prices, but some investors wished Apple had found different uses for the cash, reported Reuters.