A new Gartner report estimates that the iOS-based iPhones are expected to see a growth in 2016 and 2017. 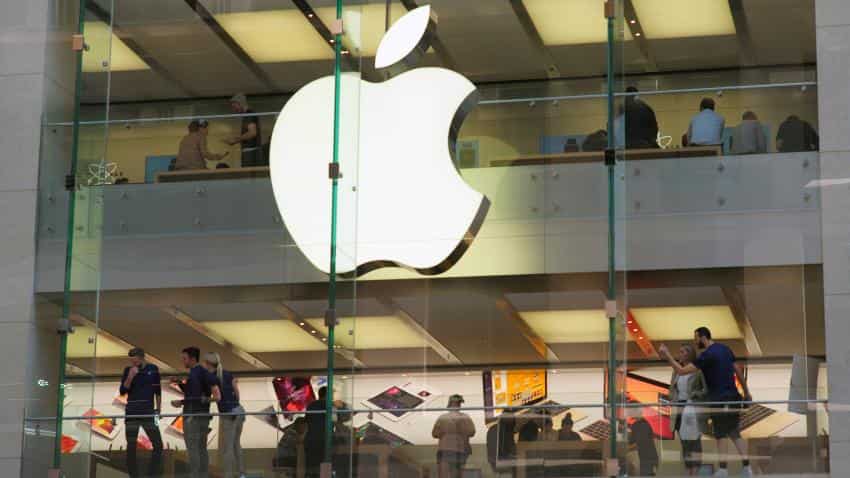 With the just hours away from the launch of much awaited Apple flagship phone the iPhone 7, new data reveals that iPhone sales could be on the rebound. Apple has been looking to the sales of the iPhone 7 as the sales of its smartphones have slumped in recent months, due to the iPhone SE failing to grab users attention.

A new Gartner report estimates that the iOS-based iPhones are expected to see a growth in 2016 and 2017. While in 2016 the growth will be a smaller at just 1.8% due to the late arrival of iPhone 7 and the failure of the iPhone SE. The iPhone sales will see a much higher growth of 6.4% in 2017. 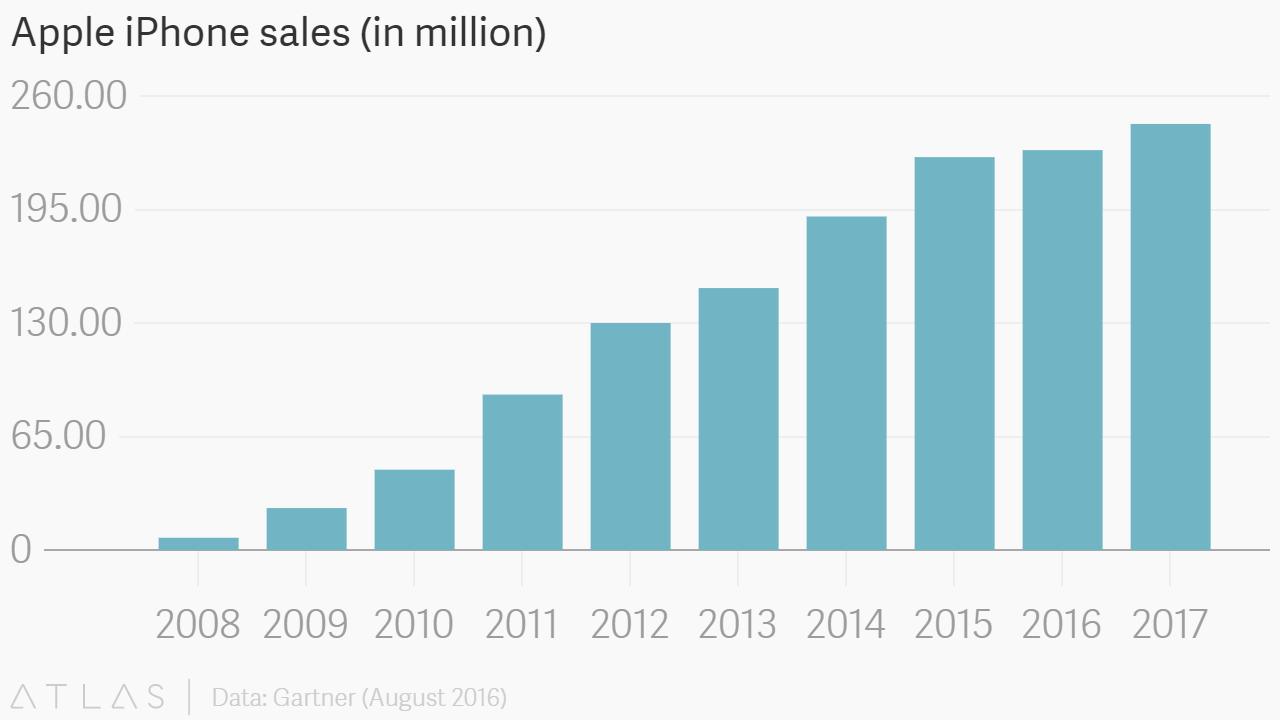 However, the company said that it expects a better revenue of $45.5 billion to $47.5 billion in the fourth quarter.

According to the report, worldwide smartphone sales to end users by operating systems will see iPhone sales rising to 2,29,941 thousand units by the end of 2016 from 2,25,851 thousand units in the previous year.

Apple’s shares in May dropped to a two-year low. The share price of Apple had come to the level of what they were in 2012, according to a Fortune report. 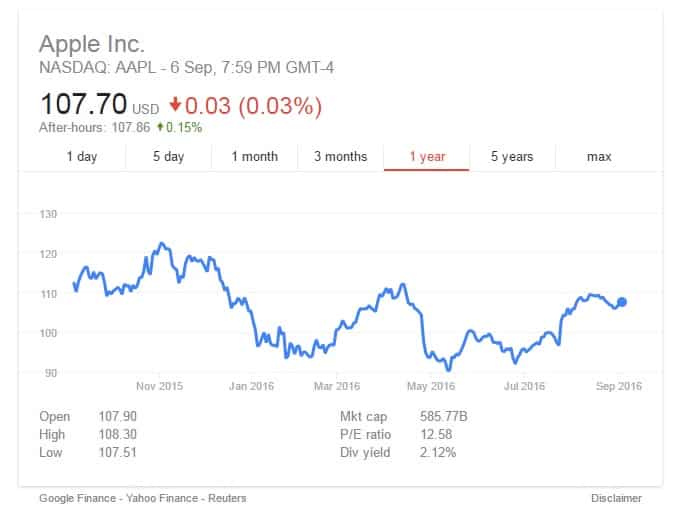 Apple’s shares reached its highest at $122.57 in November 2015 after the launch of the iPhone 6 in September. It dropped to its lowest in May at $90.34 after it reported the slowdown in iPhone sales for the second quarter.

New iPhone 7 to have more storage?

WATCH: Top 5 stories of this evening; From Nifty crossing above 8,900-mark to iPhone 7 likely to be priced between Rs 53-61K