Indian Oil Corporation Ltd (IOC) on Friday reported its fourth-quarter results. The company said in its filling that the net profit for the quarter was surged 17% to Rs 6,099 crore, driven by higher exchange gains. 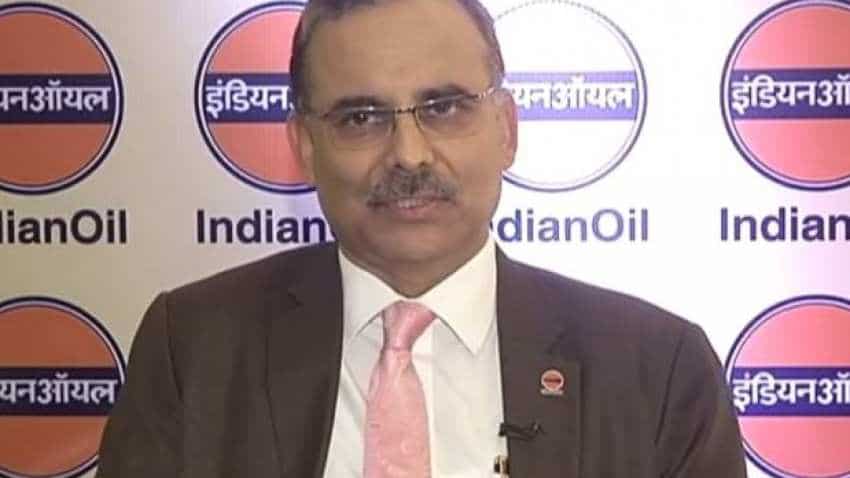 The company said in its filling that the net profit for the quarter was surged 17% to Rs 6,099 crore, driven by higher exchange gains. Image: Zeebiz

Indian Oil Corporation Ltd (IOC) on Friday reported its fourth-quarter results. The company said in its filling that the net profit for the quarter was surged 17% to Rs 6,099 crore, driven by higher exchange gains. IOC also reported a profit of Rs 5,218 crore in the corresponding year-ago period. The state run fuel retailer posted a revenue of Rs 144,472 crore in the fourth quarter of 2018-19 as compared to Rs 136,716 crore in the corresponding year ago period.

Sanjiv Singh, Chairman, IOC told Zee Business TV, ''This year on a yearly basis we had a total profit of around Rs 16,800 crore. If we compare on a quarter on quarter (QoQ) basis then there was a significant improvement in terms of Q4 to Q4 profit, which was predominantly because of higher inventory gain during this quarter four.''

The improved profit comes against the backdrop of diesel and petrol retail prices in the nation remaining subdued as the Lok Sabha Elections 2019 are going on. IOC and the two other state-run petroleum corporations, Bharat Petroleum Corp. Ltd and Hindustan Petroleum Corp. Ltd have also kept the prices unchanged, as the Karnataka poll campaign was on then.

The country’s largest refiner registered an annual revenue of Rs 605,924 crore in the financial year 2018-19, a 19.64% increase over Rs 506,428 crore revenue posted in 2017-18. The increase in revenue for IOC was due to higher volumes and value of products sold. However, the net profit for the year fell by 21% to Rs 16,894 crore on account of exchange losses and lower inventory gain.

''If seen on the yearly point of view, then we have lost close to Rs 1,800 crores towards the exchange. But in the fourth quarter, we had some advantage over the previous fourth quarter, which was also nullified. If the rupee is seen in terms of dollars then volatility can be felt. This volatility led to price fluctuations, which had an impact on our profitability.''

The gross refining margin (difference between cost of processing crude and revenue earned from sale of finished products) was $5.41 per barrel in 2018-19, against $8.49 per barrel in 2017-18. While IOC also has Rs 2,655 crore as inventory gain in the quarter ended March.

IOC to pump in Rs 840cr to set up Petroleum, Oil and Lubricant plant, raise storage capacity in North East