The company is yet to see any impact of Brexit on tech spends and is witnessing a broad-based growth across sectors in Europe, a market that accounts for over 22% of its revenues. 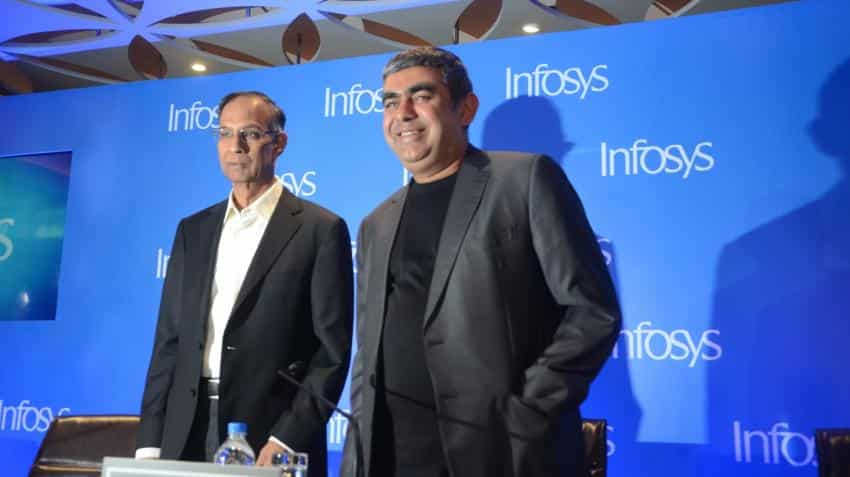 India's second largest software services firm Infosys is hiring more locals and investing heavily in Europe as it looks to tap into "greenfield" opportunities in its second largest market.

The company is yet to see any impact of Brexit on tech spends and is witnessing a broad-based growth across sectors in Europe, a market that accounts for over 22% of its revenues.

"We are continuing to invest fairly heavily in Europe in terms of local hiring, in terms of beefing up our hunting and our farming teams for our accounts," Infosys President and Head (Financial Services) Mohit Joshi said on an investor call.

He added that growth in Europe has been broad-based across all sectors and reasonably spread out.

Joshi, however, did not specify the quantum of investments for Europe.

On Brexit, Joshi said: "If you recollect about a year ago, people had concerns about what impact Brexit, for instance, would have on European technology spending, on our revenues. We have not seen that impact so far."

Highlighting the importance of the European market, Joshi said it does not have the same degree of saturation as the US market.

"We also have a lot of greenfield opportunity in Europe ...Whether it is in the Nordics or in Southern Europe or even in the Benelux region, we still have a large number of prospects and the opportunity to mine existing clients very deeply...Very optimistic about our long-term potential in this region," he said.

The US, which is the largest market for Infosys much like its peers, accounted for over 61% of the topline.

Compared to the US that grew 1.3% on a sequential basis, Europe expanded by 4.7% during the June quarter.

IT firms, including Infosys, are hiring locals in foreign markets to ensure compliance with laws amid growing scrutiny by many countries on work visa usage.

There is a fear that foreign workers are taking away jobs from locals, and governments in countries like the US, the UK, Singapore and Australia have expressed concern on the matter and are seeking to tighten controls.