Samsung is the leading OEM for overall mobiles as well as Smartphones in India. 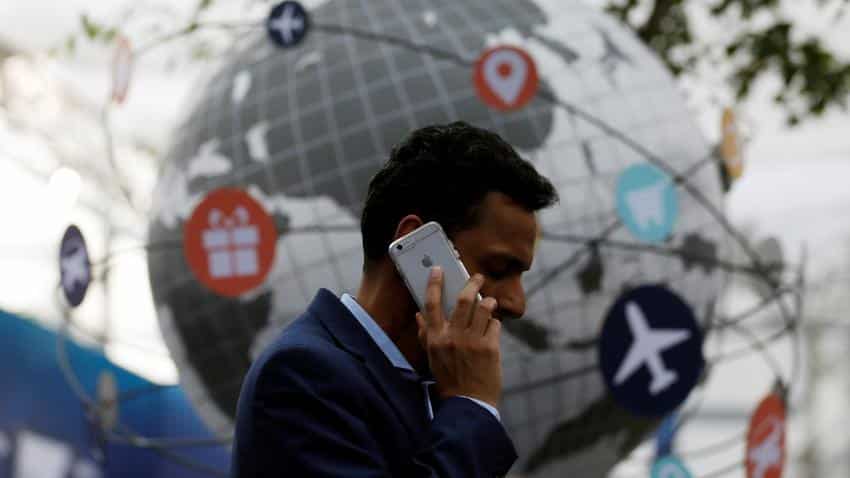 A man talking on a phone next to a globe. Photo: Reuters
Written By: ZeeBiz WebTeam
RELATED NEWS 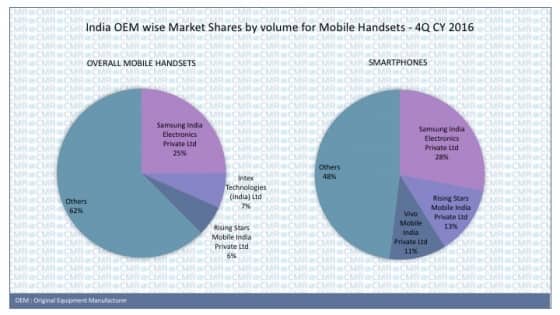 Rising Star is the leading 3rd party OEM and had a 6% market share in Q4 in overall mobile handsets. In terms of smartphones it has a 13% market share. Rising Star manufactures phones for Asus, Gionee, InFocus, Microsoft, Oppo, Xiaomi.

Vivo made in the top 3 OEMs in smartphones with a 12% market share.

As per the report, 48 OEMs and 3rd party manufacturers made mobile handsets in India during 4Q, 2016. Remaining 140 OEMs supply to brands selling in India for the same period.

This report further said that it was time to revisit 'Make in India' initiative to strengthen the domestic brands.

Faisal Kawoosa, Principal Analyst, Industry Intelligence Practice at CMR said, “The positive thing about ‘Make in India’ of attracting foreign OEMs to assemble or manufacture in India has been progressively achieved. However, at the same time, it has not resulted in strengthening of domestic brands. There is a need to revisit the initiative that focuses on empowering domestic brands within the global trade regime. CMR believes ‘MADE’ for handsets stands for Manufacturing, Assembling, Designing and Engineering, while the Manufacturing and Assembling have been taken care of, now we should gear up for designing and engineering to complete the acronym MADE. ” 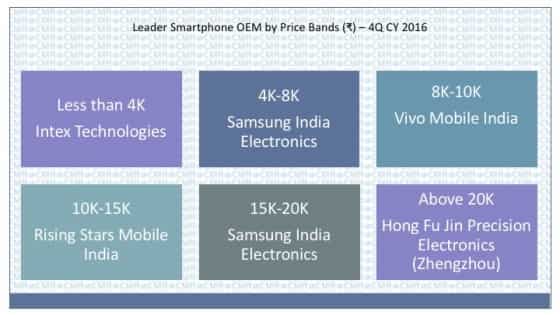 As per Faisal, “This could be achieved in supporting domestic brands in their transformation from trading to technology companies. The entire ‘Make in India’ programme should have elements that not only attracts manufacturing but also gives impetus, especially for local brands towards building a thriving ecosystem within a time bound manner. Otherwise, we are seeing non-local brands, especially from China, gaining market at the cost of Indian brand share.”

Krishna Mukherjee, Telecom Analyst with CMR said, “Make in India has surely helped to pull the crowd and the numbers are quite encouraging for the country. In fact, the ratio of domestic and import shipments today stands at 66:34. But now the only concern remains to reduce the global imports, which is possible with government’s intervention. Apple’s manufacturing plans would further improve the current scenario.”