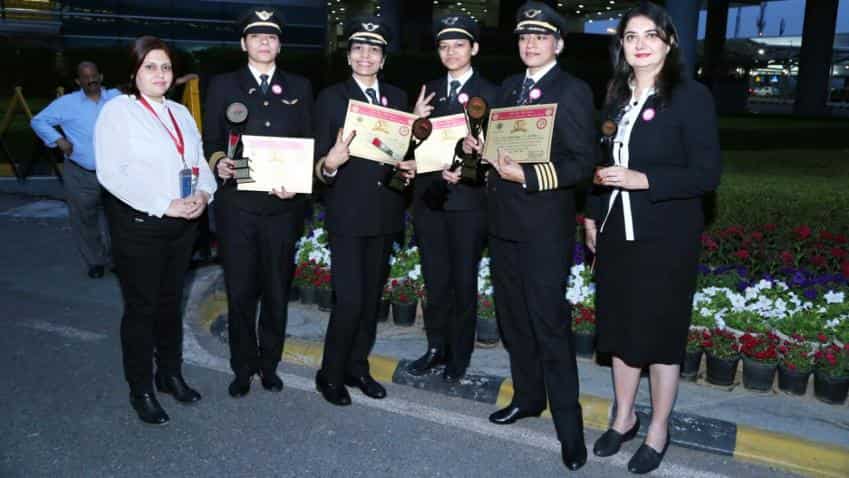 This would have been ‘history in the making’ except that along with other airlines Air India themselves have claimed to fly an all-women’s flight crew before. Image Source: Air India Press Release
RELATED NEWS

It isn’t surprising that companies flock to gloat about their ‘women friendly’ initiatives be it a gift hamper or an entire flight crew of females on the occasion of Women’s Day.

The baffling conundrum emerges when a national carrier plays the ‘all-women’ card one too many times.

On the occasion of International Women’s Day national carrier, Air India put out a release that they have ‘scripted history’ by flying an all-women crew flight, AI 174, from Delhi to San Francisco.

The story broke the internet and headlines splurged all across the news with titles glorifying the Indian airline.

From the pilot to the cabin crew check-in staff, doctor, customer care staff, Air Traffic Control and the entire ground handling from operator to technician, engineer and flight dispatcher and trimmer, the company claimed were only females. 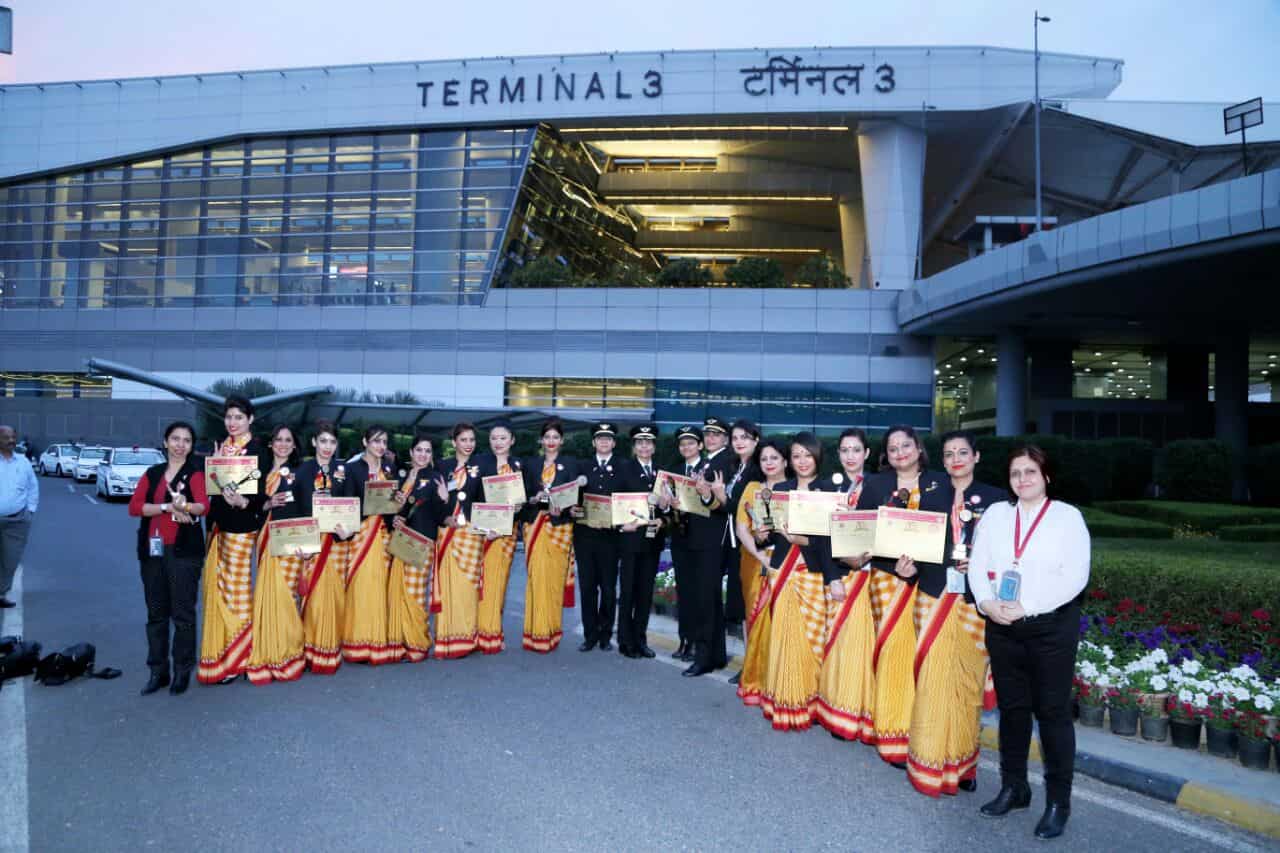 This would have been ‘history in the making’ except that along with other airlines Air India themselves have claimed to fly an all-women’s flight crew before.

Just last year on March 6, 2016, the company said ‘Air India created history- to fly world’s first all-women operated longest flight.’ The flight covered the same distance from Delhi to San Francisco and even had one of the same pilots on board as this year.

Back in 2012, Air India had tried the same 'publicity stunt' and said that it was flying an all-women flight to London, Newark, Singapore, Doha and Bahrain on March 8.

However, a report by CNN cited Indian law that ordered flights on which alcohol is served must have male pursers on board. And so AI had two male pursers on-board amidst its female-only crew.

“Indian law ordains that flights on which alcohol will be served must have male pursers on board. These ‘all-female’ flights will thus have two male pursers amongst the otherwise female-only crew,” the report said.

And in 2010 again AI set out an all-women flight. This time from Mumbai to New York on women’s day.

Air hostesses were not allowed to fly beyond the age of 35 on Air India and had to retire if they got married if it took place within four years of service, or on first pregnancy, whichever occurred earlier. This was changed after the Nergish Meerza vs Air India case of 1981.

Supreme Court’s decision in the case of 1981 allowed the age of retirement of the Air India hostesses to increase to 45 years subject to their being medically fit.

Males having held the post of ‘assistant flight pursers’ ever since humans discovered the art of flying could retire post the age of 58.

This discrimination in roles and resignation age continued between the sexes right until the year 2003 when women were finally allowed to retire at the same age as their male counterparts.

“By the time the women’s retirement age was raised to 58, it was already 2003, 14 years after Indian Airlines, the government’s domestic carrier, implemented the same decision,” a report by Scroll.in dated February 4, 2016 said.

It was not until last year that international airline – British Airways, allowed its female employees to wear pants like its male counterparts. Other airline uniforms strictly dictate skirts, dresses or sarees for women.

Sri Lankan Airlines on November 1, 2009 claimed that they had flown several international planes with an all-female crew.

Even Ethiopian Airlines did not find the need to wait for “women’s day” to let the ladies take to the skies as last year on November 19 the airline sent a crew with ‘every role on the plane full filled by women’ on its trips between capital city Addis Ababa and Bangkok, Thailand.