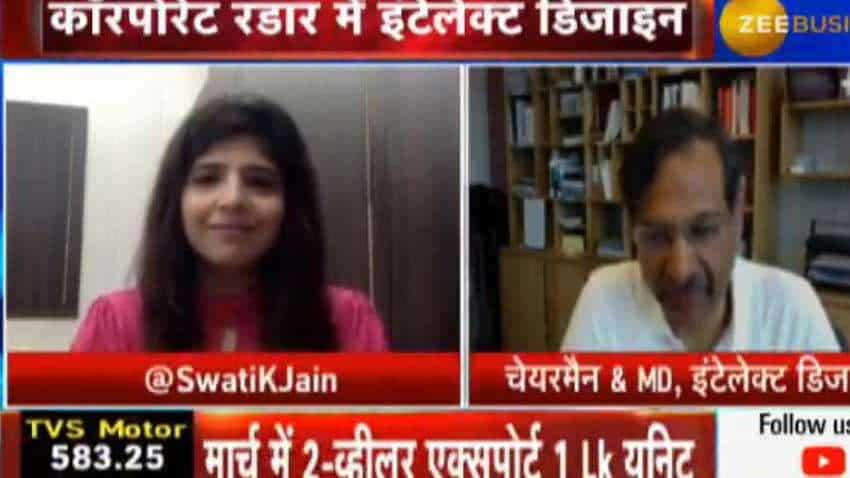 Q: The company has informed about winning a large deal from Canada-based Concentra Bank to power its new digital banking strategy. Can you help us understand the deal quantum and the kind of growth is expected from this deal? Also, how strong is the order book for FY22?

A: The performance of the last one year is a result of the efforts that we made in the last seven years. In any product company and technology company, there is a service company and an IT company. And there is a technology company, where technology is built. So, in the last six years, we have spent around Rs 2,000 crore in marketing and around Rs 1,200 crore in developing the products and now we are seeing the results. We had told the investors that by 2020, in fact, the end of 2019, our technology will be ready completely and go to the market and then, we will go for monetisation of the same. Prior to the Concentra Bank deal, we had announced an auto bank deal with a client in Germany, an advanced market where there is stiff competition with global technology players, who spend billions of dollars. It is a very happy moment for us to win this deal while competing with them. Technology development cost is less in India. And in this, we have developed composable technology and contextual technology. Using these two technologies we have reduced the timeline for digital transformation in the market from years to weeks. This is benefitting us in the market, and we have shown a sustained profit growth in the last three quarters and continuously, we can show 30% profit growth in the coming years. This is, basically, an outcome of the last seven years effort and the work. But coming to your specific question about the deal, this is a subscription-based deal of digital banking. Concentra Bank is a mid-sized bank in Canada, but we won the deal while competing with local American competitors. There is a cloud deal as well and the revenue of the cloud will come from August-September and will show into the books of account. The deal shows demonstrates and validates that our technology is world-class technology and is a world-leadership technology. We won the deal against the established players, like Temenos and Backbase in digital technology. The American market is opening, and it is a very big market.

Q: Recently, you had conducted an Intellect Technology Day 2021. Tell us more about the response you got and also what is your outlook about catering to the fintech market opportunity ahead?

A: In the last 12 months, the COVID time, all the banks turned into digital banks. So, the banking business became a technology business, i.e. the banking business which used to take place at the branches earlier have shifted and turned into digital business and those, whose technology is old technology and were in Technology 1.0 and Technology 2.0 era are supposed to accelerate their digital journey. In fact, a tectonic shift has come in the technology and I would say that tectonic shift means the demand for IT solutions has gone up because they are building the technology. But what we are doing differently from the services companies is that we have readymade technology, we have a marketplace and people can use it. We have 900 building blocks, in which we had broken the technology or banking business and developed around 900 building blocks due to which we are providing composable solutions. In it, the bank can design its technology in the way it wants. It is similar to how you design your house by collecting things together. In this, we have provided an opportunity to the banks – for the first time in the world - to design the products and we can help the bank to design the technologies. This is what we have done, and the difference is coming in based on our investment. Europe and America, which are sitting on the technology 1.0 architecture, the legacy technology on which they are sitting. I think that is a big market opportunity, which is visible to us in 2021, 2022 and 2023.

Q: What would be your operating margin for FY22, and do you think that the margins will sustain, or it can improve further in the coming time?

A: If you look at our EBITDA margin of the last five quarters then it has grown from 5% to around 25-26% by now. We expect that the EBITDA margin could be 30% in FY2021-22. And our gross margins are running around 54-55% and in the next 4-6 quarters it should be 60%. There are four revenue streams in the product business

So, there four streams of revenue and the license linked revenue stand at around 54% at present and we want to increase it to 60%.

Q: How much revenue growth is expected for your flagship iGTB (the world’s first complete Global Transaction Banking Platform) over the next 4-5 years? What would be your CAGR here? Also, the company has launched an AI-powered Aadhaar processing solution ‘Magic Aadhaar’, which has got a good response from PSU banks. What opportunity and incremental revenue growth is expected here?

A: We can expect the CAGR growth of iGTB in double digits between 12-18% in the next five year. There are great opportunities in ‘Magic Aadhaar’ because the data is written on the operating system. In this, Intellect has designed an operating system in which AI machine learning has been built into an algorithm and we can extract multiple molecules on it. Aadhaar Card is one molecule in it. In underwriting, submissions are the second molecule in it for landing and it is used from the same platform.

Q: The company deployed its WalthQube suite for China Bank in the Philippines. How has been the customer response and have you received more contracts from other banks for this suite?

A: Have good traction and in wealth, we have won a wealth platform in Indonesia. So, we have 12 products in our platform and traction is quite good in wealth product because it is also based on the cloud and it has been placed on Singapore’s cloud. All the wealth customers of Indonesia and Asia are based in Singapore’s cloud. In the last quarter, we won the deal for Bank Rakyat in Indonesia. Good traction being created because GTB products go first, it is followed by GCB products and then the capital market products. So, we have three cycles in which we enter a new market with GTB and then with GCB and with Capital Market product and then we will go behind the insurance product. So, these are the four revenue streams, and our confidence is high based on the same.