Indian IT services major Infosys Ltd said on Monday it had not yet received any evidence to support the allegations in a whistleblower letter from last month, sending its shares up as much as 6.5% in early trading. 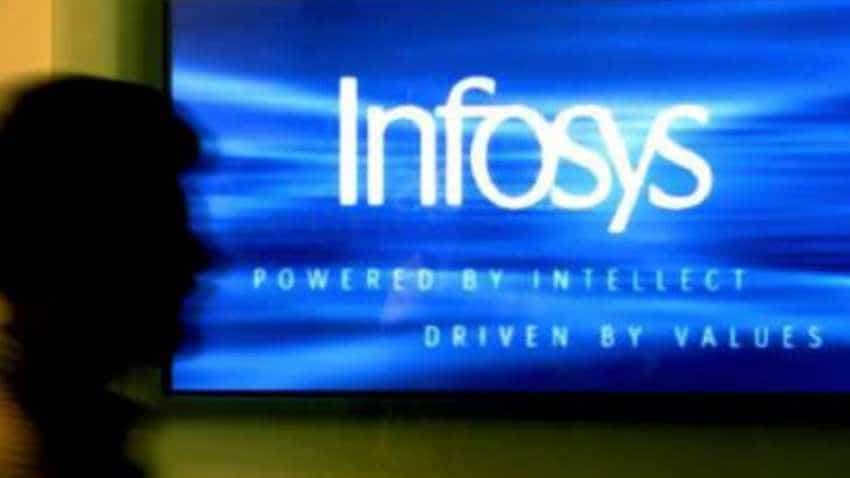 Infosys shares have lost 10% of their value since the letter surfaced. Image source: Reuters
Written By: Reuters
RELATED NEWS

Indian IT services major Infosys Ltd said on Monday it had not yet received any evidence to support the allegations in a whistleblower letter from last month, sending its shares up as much as 6.5% in early trading. A letter, claimed to have been written by some employees of the company in October, said Chief Executive Officer Salil Parekh asked them and others to bypass approvals for large deals, fearing a negative impact on shares from reduced profit.

Infosys shares have lost 10% of their value since the letter surfaced. The U.S. Securities and Exchange Commission (SEC)launched a probe into the claims, and its Indian counterpart, the Securities and Exchange Board of India, asked the company to submit information on the complaints. "With respect to the anonymous complaints, there is no prima facie evidence that the company has received until date to corroborate any of the allegations made," Infosys said in a letter dated Nov. 2 to the National Stock Exchange (NSE).

The exchange had asked the company to explain why it had not disclosed the letter. The Bengaluru-based company said since the allegations were not deemed "material", the company was not obligated to disclose them. "If the information in the letter is taken on face value without any investigation, then you can do a grave injustice to the accused, who don`t have a chance to defend themselves," said Ramanujam Sridhar, CEO of Brand-Comm, a communications consultancy based in Bengaluru.

"It would then be trial by media." Infosys Chairman Nandan Nilekani said last month that Parekh and Chief Financial Officer Nilanjan Roy, who was also accused of misconduct in the letter, were recused from the board`s investigation. The complaints are still under investigation and the company is not in a position to determine "concreteness, credibility and materiality of complaints," Infosys said in the letter.

Former CEO Vishal Sikka left the company two years ago after a whistleblower complaint. Parekh took over in January last year and laid out a roadmap to revive the company`s fortunes, as the sector stared at a slowdown in spending from key clients.