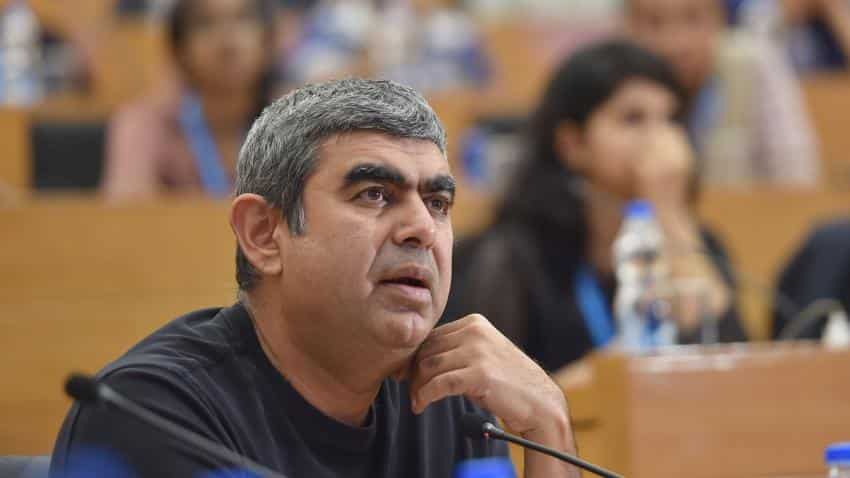 This is how much pay Vishal Sikka took home in FY16

The Royal Bank of Scotland (RBS) had announced last week that it will no longer pursue its plan to separate and list a new UK standalone bank Williams & Glyn  (W&G) and instead will pursue other options for the divestment of this business, Infosys said in a press release on August 13.

"...subsequent to this decision, will carry out an orderly ramp-down of about 3,000 persons, primarily in India, over the next few months," cited the company.

According to Business Standard news report,  in 2013, Infosys, had won a project to build the applications for Williams and Glyn (W&G), a new standalone bank that RBS planned to set up separately in the UK. On August 5, RBS said it had aborted the plan citing difficulties in integrating W&G computer systems to mirror that of RBS, the news report said.

The project was jointly won by IBM and Infosys which was valued at Euro 300 million, it added.

Infosys has been a W&G program technology partner for consulting, application delivery and testing services, the company said in a statement.

RBI scrapping of this UK project is likely to cost Infosys to lose nearly $40 million in 2016, ET NOW news channel reported on Twitter.

INFOSYS : RBS contract pullback to have $40 mn hit on Infosys this year

"RBS is a key relationship for Infosys and the company looks forward to further strengthening our strategic partnership and working with them across other strategic and transformation programs," Infosys said in a statement.

ZeeBiz team tried sending across e-mail questions to Infosys for more details but till the time the story was published e-mail was not answered. The story would be updated once replies are received.

This is how much pay Vishal Sikka took home in FY16