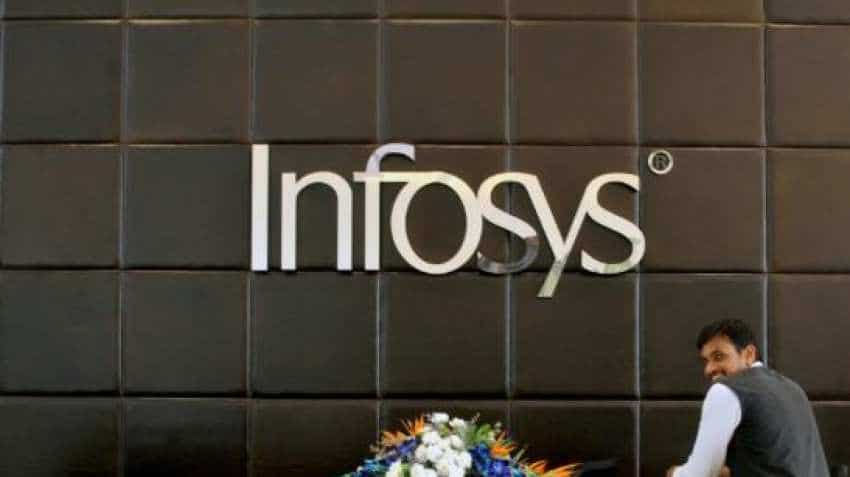 The company`s blue chip scrip closed at Rs 669.85 at the end of Tuesday`s trading on the BSE, losing marginally Rs 1.30 over Monday`s closing price of Rs 671.15 and opening rate of Rs 673.05. Reuters
Written By: IANS
RELATED NEWS

Global software major Infosys will buy back its shares again and pay special dividend to its shareholders for this fiscal (2018-19), said the company on Tuesday. "The company`s Board of Directors will consider buyback of its paid-up equity shares, payment of special dividend and implementation of the Capital Allocation Policy at its meeting on January 11," said the city-based IT firm in a regulatory filing on the BSE.

The board had approved the capital allocation policy at its meeting on April 13, 2018. "The outcome of the Board meeting will be disseminated to the stock exchanges after the meeting on January 11," added the filing.

Among the retail investors who then sold shares more than 1 per cent of the total shares include Rohan Murthy (13,92,682 shares), son of co-founder N.R. Narayana Murthy, and Sudha Gopalakrishnan (15,00,000 shares), wife of another co-founder Kris Gopalakrishnan.

Sudha held the largest share among the promoters, with 2.14 per cent shareholding. Among the institutional investors were LIC of India (61,13,787 shares), Government of Singapore (24,66,354) and Franklin Templeton Investment Funds (1728,865 shares).