In an interesting pattern, it is not just Infosys but also Tata Consultancy Services (TCS) who will be announcing its Q4FY19 result as well on Friday. 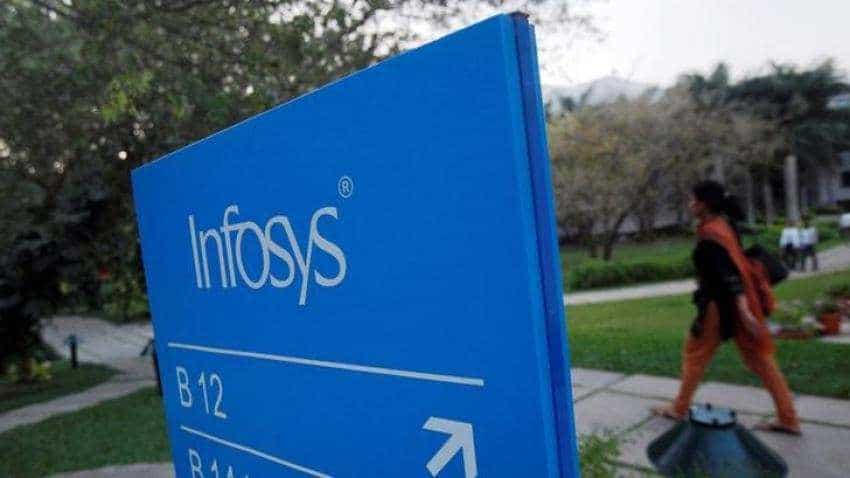 Ahead of the company's Q4FY19 result announcement , investors were trading cautiously in tech-giant Infosys on Friday's trading session. Infosys will be presenting its last quarterly performance for FY19 anytime today. On Sensex, the share price was trading at Rs 745 per piece, up by just 0.25% at around 1030 hours. However, Infosys has gained above 1% after touching intraday high of Rs 751.50 per piece on the index. Tata Consultancy Services (TCS) too will be announcing its Q4FY19 result on Friday. The two companies are not known to announce the results on the same day. In Q3FY19, Infosys posted consolidated net profit declining by a massive 29.61% to Rs 3,610 crore compared to Rs 5,129 crore witnessed a year ago in the same period. Q3FY19 PAT was also down by 12.16% from Rs 4,110 crore registered in Q2FY19.

Here's what can be expected from Infosys Q4FY19 result:

IDBI Capital said, "We forecast revenue in CC to grow by 1.9% QoQ driven by ramp-up of large deals and a cross-currency tailwind of ~20bps. We expect EBIT margin to decline by ~35bps QoQ impacted by investment in large-deals & S&M and INR appreciation partly offset lack of ~40bps impact due to reclassification of Panaya & Skava from 'assets-held-for-sale' as in Q3FY19."

Meanwhile, Motilal Oswal added, "Due to ramp-up in a large Communications deal, we expect INFO’s 4Q to be better than the usual 3Q. Our estimate is 2.3% QoQ and 12% YoY. USD revenue growth estimate is 2.6%, with 30bp tailwind from cross currencies QoQ."

Further, Motilal said, "We expect INFO EBIT margin to correct by 60bp QoQ to 22.4%, in line with its outlook of back-ended investments weighing on its profitability. Our PAT estimate is INR40.1b, +0.7% QoQ and 8.8% YoY."

In Infosys' Q4FY19, according to IDBI a close watch will be kept on the following:

Investors will be comparing the performance of both Infosys and rival TCS. It would be keenly watched on who performs better in Q4FY19.