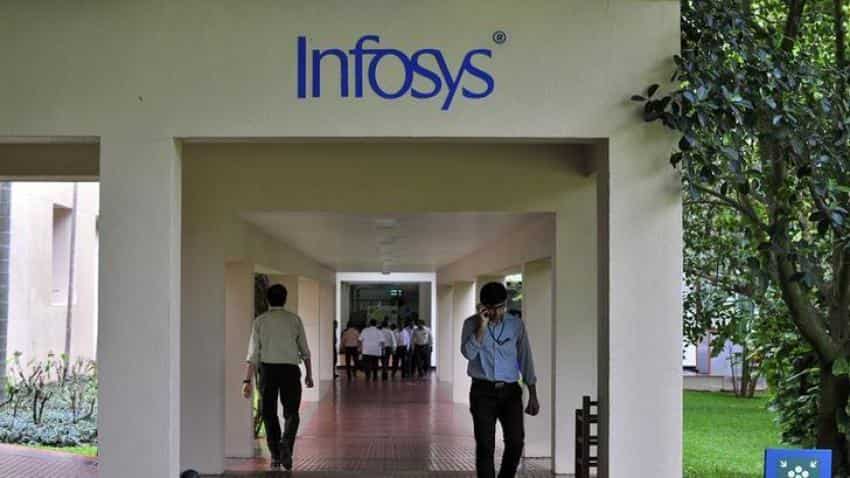 Infosys said that its revenues are set to rise at a rate between 6-8 percent. Infosys is the second-largest software services exporter in India. Image source: Reuters

IT major Infosys today announced results for the quarter and year ended March 31, 2018. Notably this was the first full quarter for the company under new CEO Salil Parekh who joined after the exit of Vishal Sikka. Infosys said that its revenues are set to rise at a rate between 6-8 percent. Infosys is  the second-largest software services exporter in India. Significantly, after the controversial exit of ex CEO Sikka, Parekh had the job of also ensuring the founding fathers of the firm were reassured that the firm was not straying from the path that they had set for it. here are the key takeaways from the Q4 announcement:

The board, in its meeting today approved the Capital Allocation Policy of the company after taking into consideration the strategic and operational cash requirements of the company in the medium term.

The key aspects of the Capital Allocation Policy are:

i. The Board has decided to retain the current policy of returning upto 70 % of the free cash flow of the corresponding Financial Year. Free cash flow is defined as net cash provided by operating activities less capital expenditure as per the consolidated statement of cash flows prepared under IFRS. Dividend payout includes Dividend Distribution Tax (DDT).

ii. Over and above this, out of the cash on the Balance Sheet, the Board has identified an amount of upto Rs 13,000 crore ($2 billion) to be paid to shareholders in the manner described below:

The company entered into a definitive agreement to acquire WongDoody Holding Company, Inc, a US-based digital creative and consumer insights agency for $75 million including contingent consideration and retention payouts.

Infosys initiated identification and evaluation of potential buyers for its subsidiaries, Kallidus and Skava and Panaya. The company said it anticipates completion of the sale by March 2019 and accordingly, assets amounting to Rs 2,060 crore ($316 million) and liabilities amounting to Rs 324 crore ($50 million).

An impairment loss of Rs 118 crore ($18 million) in respect of Panaya has been recognized in the consolidated profit and loss for the quarter and year ended March 31, 2018. The
corresponding write down in the investment value of Panaya in the standalone financial statements of Infosys Ltd. is Rs 589 crore ($90 million).

At Infosys, revenue productivity per employee was stable as the benefits of automation and newer services kicked in, employee utilization remained healthy. The company, during
the quarter, provided highest level of variable payouts in several years. Infosys also says that it will be rolling out compensation increases for a large part of the workforce effective April 1st.