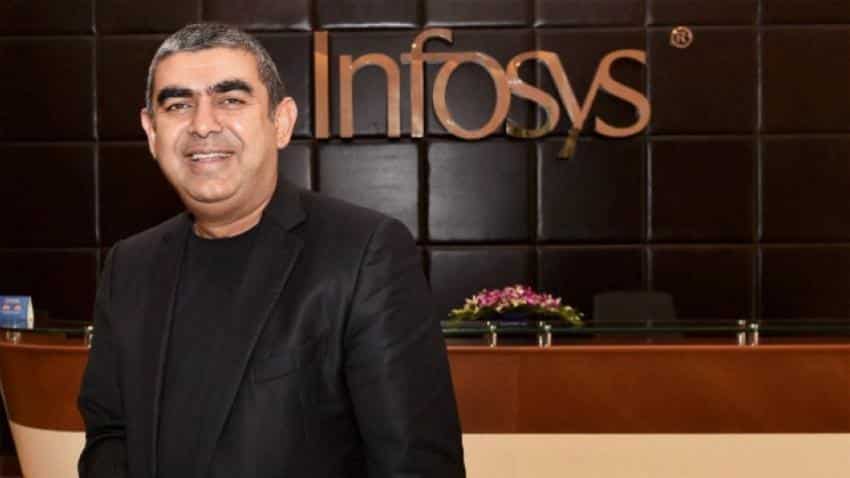 Infosys reports net profit of Rs for Q2FY17, up by
Written By: ZeeBiz WebTeam
RELATED NEWS

Infosys Ltd has beaten analyst expectations to announce a consolidated net profit of Rs 3606 crore for the second quarter ended September 30, 2016. A Bloomberg poll of 27 analysts estimated the IT major to report Rs 3,530 crore net profit in the given quarter.

The company said that its total revenue for the given quarter stood at Rs 17,310 crore as against Rs 15,640 crore in the same period of last year.

Net income of the company rose 6% on an year-on-year basis.

It also announced a Rs 11 per share interim dividend for its shareholders.

Sticking to $20 billion revenue aspiration by 2020