Many reports have stated that Nandan Nilekani  the former CEO of Infosys may return back after Vishal Sikka's resignation from his MD and CEO post on August 18, 2017. 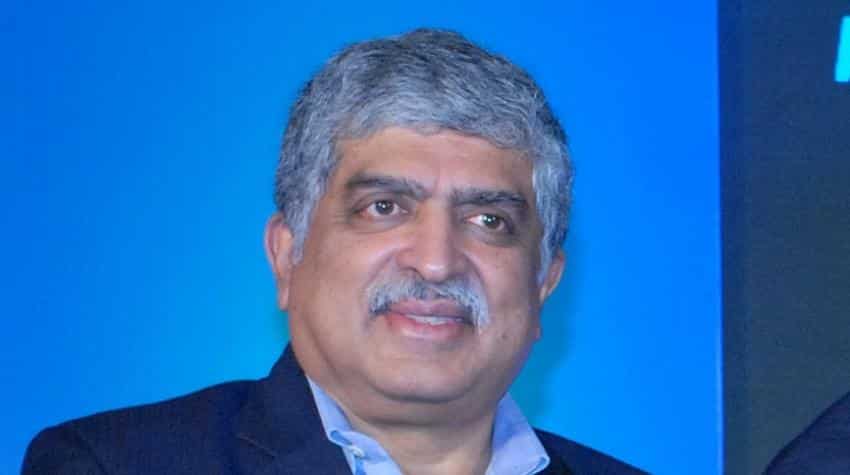 Battle between Infosys board members and co-founders have taken another interesting turn after when Dr Vishal Sikka resigned from his Managing Director and CEO post on April 18, 2017.

Sikka's reason for exit was on the back of continuous stream of distractions and disruptions over the recent months and quarters, increasingly personal and negative as of late, as preventing management's ability to accelerate the company's transformation.

Infosys board since February 2017, has been locked in dispute with founders led by the former chairman NR Narayana Murthy – who kept accusing the directors of governance lapses.

Hit hard by Sikka's resignation, Infosys' other directors did not shy away in accusing Murthy. Infosys said, ''The Board believes it must set the record straight on the false and misleading charges made by Murthy because his actions and demands are damaging the Company and misrepresent its commitment to good corporate governance."

Well looks like tables have turned and Murthy will get his way in Infosys. Many reports are saying that the former CEO Nandan Nilekani may return back to the Infosys board to try to resolve a feud with the company`s founders.

This is expected to cause some turmoil in Infosys as Nilekani's comeback would mean that the board will have to be reconstituted.

Pankaj Kapoor, analyst at JM Financial stated that Infosys is likely to move quickly on the CEO hiring to minimize operation disruption. However, if Murthy hardens his stance and substantiates his allegations, it is possible that the board could come under pressure to resign.

Kapoor said, “In that event, a new board could get constituted under Murthy’s direction and that in turn, would hire the new CEO.”

However, keeping the board-founder drama aside, Nilekani can actually be the man who Infosys needs right now.

Promoters – N R Narayana Murthy, Nandan Nilekani, S Gopalakrishnan, S D Shibulal and K Dinesh and their family members – together hold 12.75% stake in Infosys at the end of June, 2017. Remaining 86.76% of holding belongs to public and 0.49% to employee trust and 0.49% to non-promoter group.

Nilekani and Murthy go way back in 1978 – when Nilekani in start of his career was interviewed by Murthy at the Mumbai-based Patni Computer System.

Later in 1981, Nilekani, Murthy along with five others left Patni and developed their own company called as “Infosys”. Nilekani took over as Infosys CEO position in the year 2002 from Murthy – who served between 1981 – 2002.

Interestingly, the first four founders of Infosys ruled over the board for nearly 33 years until on June 12, 2014 where they voluntarily handed over the CEO and MD position to Vishal Sikka. So one thing is clear, Nikelani has good relationship with founders which minimizes the trouble of decision-making.

Under Infosys during his five-year tenure as CEO, Nilekani has moved some mountains too. Infosys' revenue and net profit grew at a compounded annual growth rate (CAGR) of 30.69% and 32.20% respectively between 2002 – 2007.

While under Sikka's leadership, Infosys consolidated revenue and net profit grew at a CAGR of 8.11% and 7.75%, respectively.

Whether Nilekani returns in Infosys as CEO or no, we will have to wait and watch. But for now, markets have already shown their happiness on Infosys stock price following the news.