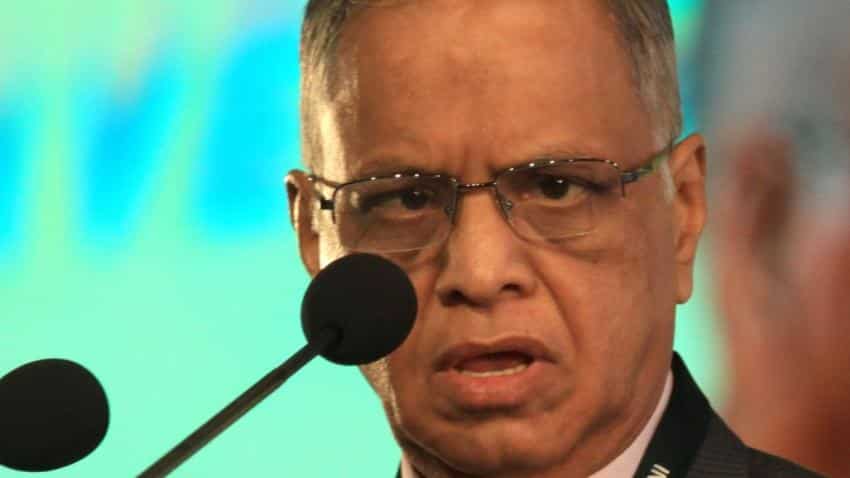 The latest development comes at times when Infosys' promoters earlier this year reported their unhappiness over the manner in which the company has been run since their exit three years ago, the report said. Image Source: IANS
Written By: ZeeBiz WebTeam
RELATED NEWS

A day after media reports suggested homegrown IT major Infosys' co-founders planning for the entire 12.75% stake sale into the company, Infosys issued a statement on Friday denying such speculations on stake sale.

"Infosys would like to clarify reports in the media speculating on plans of stake sale by the promoters.This speculation has already been categorically denied by the promoters," Infosys said in a filing to the BSE on Friday.

"The company further reiterates that it has no information on any such development. We would like to appeal to the media not to fuel such speculative stories as they are likely to harm the interests of the company and all its stakeholders," it further stated.

According to The Times of India report, co-founders of Infosys are exploring a sale of their entire 12.75% stake in the company worth about Rs 28,000 crore, people familiar with the development said.

The latest development comes at times when Infosys' promoters earlier this year reported their unhappiness over the manner in which the company has been run since their exit three years ago, the report said.

Instead of a war of attrition with the company's board and management, the promoters appear to have veered around to the view that it might be better to make a complete break from the company they founded in 1981 and took public in 1993, the report said.

The promoter group, led by N R Narayana Murthy and Nandan Nilekani, have long been seen as the original flagbearers of a new breed of engineer-entrepreneurs who grew up in middle class homes, but instead of getting steady salaried jobs - as almost everyone from such a background did before liberalisation - decided to start a business, which helped spread the story of Indian software around the world, it added.

ALSO READ: "Image of Infosys as Gold Standard of Corporate Governance was nothing but a halo created by Murthy and Company," says Gupta of SES Governance

The spat between Infosys CEO Vishal Sikka and Narayana Murthy played out very publicly in February this year with Murthy raising serious concerns over corporate governance and the changing cultural ethos of the company, cited the report.

As per the report, Murthy was particularly upset at the high compensation packages drawn by Sikka and other senior Infosys executives, the outsized severance package offered to former CFO Rajiv Bansal, and by acquisition strategies of Infosys. He believed the board led by R Seshasayee had failed in its duty to guide the management in the right direction.

When the newspaper contacted Narayana Murthy, he denied there was any move to sell the promoter holding in the company. "It is not true at all," he said.

His family and he are the largest promoter shareholders with a stake of 3.44%. Nandan Nilekani, who took over the reins of the company from Murthy—before going on to launch Aadhaar—said, "I do not comment on Infosys," and refused to take any more questions on the issue, it said.

Infosys co-founders— Murthy, Nandan Nilekani, Kris Gopalakrishnan, SD Shibulal and K Dinesh— hold neither executive nor non-executive roles in the company anymore. Still, their exit moves, coming at a time when the sector is facing business uncertainties, could act as an overhang on the stock price, the report further said.