IndiGo in a tweet on Sunday night clarrified rumours about its flight cancellations. 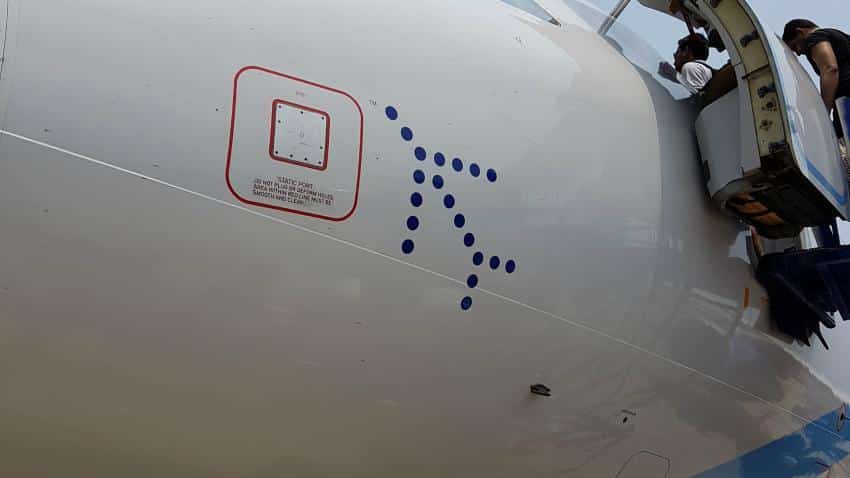 A total of 6054 passengers were impacted in July as IndiGo cancelled flights while the company spent Rs 1.14 lakh for compensation of the impacted passengers. Image Source: Zeebiz.com
Written By: ZeeBiz WebTeam
RELATED NEWS

No frills airline, IndiGo late Sunday night responded to allegations of the airline cancelling 85 flights a day due to engine issues. The company said the rumour was believed to be spread by one of its competitors.

“In the last few days, there have been misinformed media reports suggesting that IndiGo is cancelling eighty-five daily flights,” IndiGo said.

“We believe that this misleading information about the alleged spurt in cancellations has been spread by one of our competitors within a few hours of the release by the Director General of Civil Aviation (DGCA) of the latest On Time Performance data for the month of July,” IndiGo added.

For OTP calculated at four metro airports – Bangalore, Delhi, Hyderabad and Mumbai, IndiGo ranked first with 84.6% of all flights on time, DGCA report on 18 August read.

Media reports alleged that as many as 13 A320 Neo aircraft were grounded by IndiGo earlier in July due to Pratt & Whitney engines.

“Regrettable, the Pratt and Whitney engines on this new aircraft have two specific components that start to wear out sooner than they should and as a result those engines need to be replaced much earlier than the normal replacement cycle for engines,” IndiGo said.

Though in June, DGCA report showed IndiGo passengers impacted due to flight cancellations were higher at 6982 and the company paid Rs 28,000 as compensation.

In comparison, IndiGo reported no passengers impacted due to flight cancellations in July 2016.

IndiGo’s passenger load factor decreased in July to 83.7%, which was 87.8% in June, as per DGCA report. The airline said it carried 36.99 lakh passengers during the month and had a market share of 38.7%.

“To avoid inconveniencing our customers, we had already factored in the reduced aircraft capacity while scheduling our flights. This pre-planning has allowed us to accommodate our customers on other flights well in advance and other than those days when an additional aircraft needs to grounded, there have been no unplanned cancellations due to lack of spare engines,” IndiGo said.

Further the company said, “Pratt and Whitney is working to resolve these design issues on their Worldwide fleet of engines and we believe, that the final design changes will be implemented over the next twelve to eighteen months.”