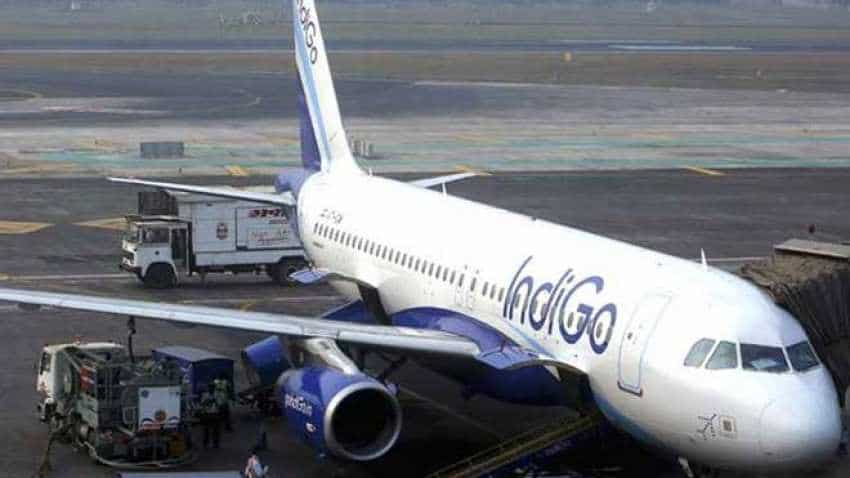 A320 neos powered by P&W engines flown by IndiGo and GoAir in India have been facing glitches for quite sometime. Image source: Reuters
Written By: ZeeBiz WebTeam
RELATED NEWS

Due to Pratt & Whitney engine issues, budget airline IndiGo has grounded five A320 neo aircraft. They are expected to be back in service in the second half of August. In the past too there were problems with Pratt & Whitney engines that caused the jets to be grounded..
However, it is not yet known whether IndiGo flight schedule was affected due to five planes being taken out of services.

An IndiGo airline spokesperson confirmed that five A320 neo aircraft have been grounded, according to a PTI report. A320 neos powered by P&W engines flown by IndiGo and GoAir in India have been facing glitches for quite sometime. Significantly, the glitches led to mid-air engine shutdowns in the past.

After the airline had inducted A320 neos in 2016 there have been intermittent problems with P&W engines. Aircraft maker Airbus had put on hold deliveries of A320 neo planes earlier this year following the engine problem. IndiGo has 40 A320 neo planes in its fleet of over 170 aircraft. IndiGo and GoAir had to take out of service 14 and 11  aircraft, respectively, in February and March this year on the directions of the aviation regulator DGCA.

DGCA order came after a series of mid-air shut downs were reported by the two carriers. However, there was no statement from P&W about IndiGo grounding five aircraft yet.  On average one aircraft is used for operating 8 to 9 flights. IndiGo operates nearly 1,000 flights every day. Last year due to grounding of aircraft, 84 flights were cancelled in a single day.