IndiGo, GoAir flight cancellation: While yesterday as many as 65 flights were  cancelled , on Wednesday over 45 were  cancelled . That meant that thousands of passengers saw their travel plans going haywire - as many as 14 planes were grounded due to engine problems, leading to a sharp rise in fares on certain routes 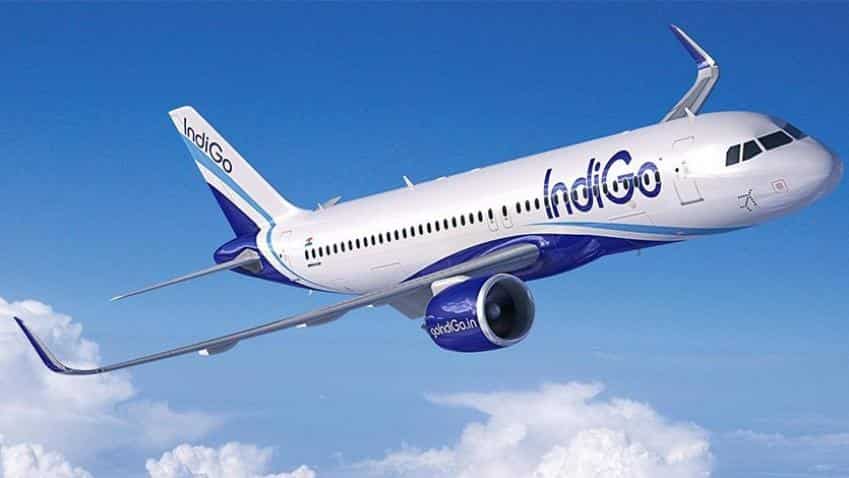 IndiGo cancelled 47 of its 1,000-odd flights per day, while the Wadia Group-promoted GoAir said it had cancelled 18 flights. Image source: PTI

IndiGo, GoAir flight cancellation: With DGCA crackdown leading to grounding of their planes, both Indigo and GoAir had to cancel a huge number of flights on Tuesday as well as Wednesday. While yesterday as many as 65 flights were cancelled, on Wednesday over 45 were cancelled. That meant that thousands of passengers saw their travel plans going haywire - as many as 14 planes were grounded due to engine problems, leading to a sharp rise in fares on certain routes. While the two budget carriers have been maintaining that cancellations have not been too many, industry sources said more disruption in flight schedules are likely on Wednesday since a single aircraft is utilised for multiple flights on a given day.

The Gurgaon-based IndiGo cancelled 47 of its 1,000-odd flights per day, while the Wadia Group-promoted GoAir said it had cancelled 18 flights. IndiGo, which operates around 1,000 services daily, said it cancelled less than 5 per cent of its flights on Tuesday. GoAir cancelled 18 flights originating from over eight cities. The carrier operates 230 flights per day. On Monday, aviation regulator DGCA directed grounding of 11 A320 neo planes powered with a certain series of Pratt & Whitney engines following three incidents of mid-air engine failures in less than a month.

Now, a total of 14 such A320 neo planes -- 11 operated by IndiGo and 3 by GoAir -- have been grounded. IndiGo carries about 40 per cent of domestic flyers while GoAir serves to around 10 per cent. Amid passengers facing inconvenience due to the cancellations, Civil Aviation Minister Suresh Prabhu said the planes with faulty engines were grounded "only for passenger safety". In an announcement on its website during the day, IndiGo said it has cancelled 47 flights across its domestic network for today. The flights that have been cancelled are from Delhi, Mumbai, Chennai, Kolkata, Hyderabad, Bangalore, Patna, Srinagar, Bhubaneswar, Amritsar, and Guwahati, among others.

Air ticket prices were moving northwards in certain sectors, including Delhi-Mumbai, and experts believe that the rise could be as much as 10 per cent. Travel portal Yatra.Com's Chief Operating Officer (B2C) Sharat Dhall said that in the short-term there might be an impact on fares because of the immediate cancellation of flights.
The cancellations would definitely have an upward pressure on ticket prices because load factor of most airlines are high, he said, adding that the hike in fares could be "up to 10 per cent".

With the DGCA directive coming into force with immediate effect, hundreds of passengers were stranded at various airports on Monday also as the two carriers grounded aircraft that were to operate flights. "IndiGo has cancelled certain flights due to the grounding of our aircraft further to the DGCA directions which has been issued in the interest of safety," the airline said. "While we understand that this may cause inconvenience to some of our passengers, given that we have multiple flights to the same destination, we are proactively re-accommodating all our affected passengers on other flights," it added
GoAir has complied with the DGCA directive by grounding the late serial number PW GTF engines, the airline said in a statement later, adding "This has resulted in the cancellation of some flights originating out of eight centres."
"We are working around the clock to alleviate the inconvenience caused to our valued customers. Flight schedules are being altered to accommodate those affected. Alternate arrangements are made or offered to minimise impact and inconvenience; in cases where appropriate, free cancellation and re-booking options have been made available," the airline said.

The DGCA today said there are 45 A320 neo -- 32 with IndiGo and 13 with GoAir -- fitted with P&W 1100 engines. Noting that 14 of them are grounded, the regulator in a statement also said that "remaining 31 A320 neos with IndiGo and GoAir are fully operational and there is no safety issue with them".
In the national capital, Prabhu said the planes have been grounded only for passenger safety. "They would like to restore the flights as soon as possible by making alternative arrangements. But we cannot play with any issue related to safety and safety is paramount," he added.
According to data provided by the Civil Aviation Ministry to the Rajya Sabha today, airlines reported over 24,700 technical snags in 2017.
(With agency inputs)