India’s Aviation Industry regulator, DGCA grounded the operation of the Boeing 737 Max 8 through notifications dated 11th March 2019 and 13th March 2019. This threw schedules of the aviation sector into disarray with widespread cancellations of flights with inflated airfares. 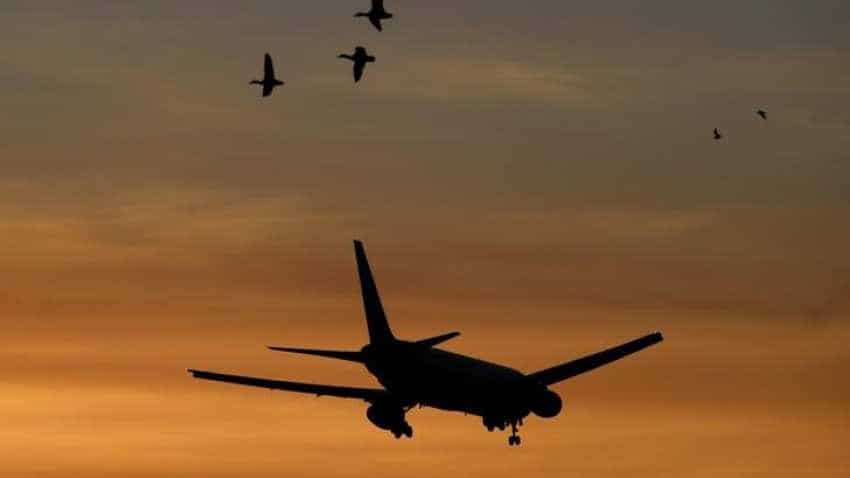 India saw an impressive growth trajectory of the Aviation Sector with a CAGR of 12.72% between 2006 and 2018. Representational Image, source: Reuters
Written By: ZeeBiz WebTeam
RELATED NEWS

India saw an impressive growth trajectory of the Aviation Sector with a CAGR of 12.72% between 2006 and 2018 and proposed Capital Expenditure of Rs. 180 billion over the next four years. The sector has hit an expected roadblock causing speculation on the industry’s future. There is much cavern around the discernible similarities between the two crashes of Boeing 737 Max 8 Passenger aircrafts- Lion Air flight off the coast of Indonesia on 29th October 2018 and Ethiopian Airlines flight on 10th March 2019. This has prompted countries around the world to ban the 737 Max 8 pending conclusive safety investigations.

India’s Aviation Industry regulator, DGCA grounded the operation of the Boeing 737 Max 8 through notifications dated 11th March 2019 and 13th March 2019. This threw schedules of the aviation sector into disarray with widespread cancellations of flights with inflated airfares. DGCA is likely to intervene in the matter to combat the spiralling airfares. Since the airfares of the airlines are driven by market forces, it remains to be seen how and to what extent can DGCA regulate this situation.

This incident seems to have accentuated the financial crisis of a leading full-service carrier, Jet Airways which operated five Boeing 737 Max 8 jets. The Airline is reportedly in the midst of resolution talks at present, and a resolution plan was expected by the end of March 2019. Jet Airways had been reeling under financial woes, reportedly piling up to $ 1 billion in red on its balance sheets. With the grounding of the 737 Max 8s, there has been a rise in demand for the aircrafts in Jet’s grounded fleet, particularly older versions of the Boeing 737. This may prompt financiers to re-deploy the aircrafts, pushing Jet into further trouble.

Another low-cost carrier, SpiceJet, which operated 12 Boeing 737 Max 8 aircrafts is the worst affected. It has leased two additional aircrafts to tide over the spate of cancellations caused by the grounding.

Talks of redeployment of aircrafts follow the Government’s recent introduction of the Cape Town Convention Bill, 2018, aimed at streamlining the process of deregistration and recovery of aircrafts from defaulting lessees along the lines of the international standards.

IndiGo, the largest low-cost carrier in India holds the highest market share in India. While IndiGo remained comparatively insulated from the grounding of the Boeing 737 Max 8 since it operates an Airbus fleet, it faced similar woes last year on account of the grounding of Airbus 320 (Neo) aircrafts on account of technical glitches in the Pratt & Whitney engines and the unavailability of spares.

Shortage of pilots, skilled manpower and ground crew is increasingly becoming a daunting challenge for the industry, with reports of overworked personnel, increasing the chances of errors and creating safety concerns. On a sector wide basis, airlines have been under a growing financial strain. From an infrastructural viewpoint, the Delhi and Mumbai Airports have been under a constant strain of over-utilised capacities. There is an imminent need to increase the capacities of these airports to ensure continued smooth operations.

On the domestic circuit, the sector has been facing competition from the upgraded railway network and amidst the chaos caused by cancelations and rising prices, the railway ministry through a tweet, encouraged passengers to “Skip the Airways - Grab the Railways”.

Faced with widespread cancellations and delays, passengers can seek recourse from airlines under the Civil Aviation Requirements (CAR) issued by the DGCA under Section 3, Series M, Part IV, revised on 27th February 2019. However, in regard to the grounding of the Boeing 737 MAX 8, Clause 1.4 of the CAR, Series M, Part IV exempts the airlines’ obligation to pay compensation in cases where the cancelations and delays have been caused by extraordinary circumstance(s) beyond the control of the airline. In the present scenario, a majority of cancellations are attributed to DGCA’s direction dated 13th March 2019 ordering the grounding of the Boeing 737 MAX 8 aircrafts.

In view of airlines’ growing financial woes, there arises a question of insurance or compensation claims being made against Boeing for the losses suffered due to grounding of their aircrafts. An important factor in determining such claims would be the ultimate report of the investigation, determining the cause behind the crash of flight ET302, and whether any fault lies in the design, software of all Boeing 737 MAX 8 aircrafts.

From a prima facie standpoint, Ethiopian Authorities have reportedly made statements indicating that there appear to be similarities between the crash of the Ethiopian Airlines and Lion Air flights. If established, this finding would substantially increase Boeing’s liabilities as it may then be contested that Boeing was warned of the alleged flaw in the aircraft by the Lion Air crash, yet failed to take adequate safety measures to fix the same.

Whether or not the affected airlines will receive compensation from Boeing ultimately depends on the specific terms of the lease or purchase agreements under which the airlines have procured the Boeing 737 MAX 8 aircrafts. Until the investigating authorities come to a conclusive decision, it is prudent to consider that the decision to ground has been taken on account of safety concerns which have not yet been conclusively proven but are precautionary in nature. If Boeing’s liability is proven, the nature of claims that can be made would change and the possibility of being awarded compensation may increase.

Awaiting the results of the investigations, it becomes essential to carefully review the terms of the airlines’ business interruption insurance agreements, in order to claim cover for losses suffered due to the grounding. Certain insurance policies may not cover cases of a global aircraft grounding such as the case with Boeing 737 MAX 8. Additionally, the insurance policies of airlines often do not contemplate business interruption clauses and may be restricted to hull insurance, passenger insurance and third-party liability insurance. However, if the terms of the airlines’ business interruption insurance or aircraft lease / purchase agreements contemplate remedies for losses causes due to grounding of aircrafts, claims should be made without delay.

In either scenario, it is likely that the determination of these claims may take considerable time, considering that the investigation into the cause of the crash is likely to be lengthy and resultantly, the period of grounding remains uncertain.

Though the present situation appears bleak, the stacks are piled high in favour of the sector’s recovery, keeping in mind the unwavering support and impetus for growth provided by the government and the steadily increasing demand for aviation services and connectivity in the country.

Despite the frenzy caused by recent events, the Indian Government remains hopeful. The bidding exercise for six new airports, draft policy on green aviation where DGCA will work with other government agencies to ensure availability of commercially viable bio-jet fuels and the substantial allocation of budget for the sector are the steps in the right direction.

(The views expressed in this article are of the author)