Indian Hotels will open 50 hotels in the next 3 years: Puneet Chhatwal, MD & CEO 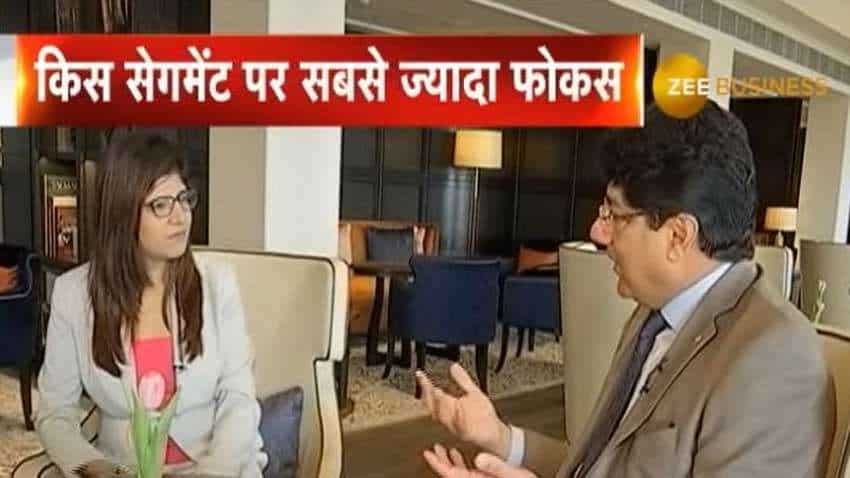 Q: The Chambers of Taj, Mansingh Road, have been renovated and launched after a gap of 18 months in the recent past. First of all, tell us about what important thing has happened?

A: First of all, it should be said that 45 years ago, when the Chambers were launched then it was the first private membership club, of its kind. To protect this 45 years legacy, we thought about how to re-imagine the next 45 years and how to renovate it. So, we worked with some brands, doubled the size of the chambers. We had no idea that due to COVID and the social distancing norms it will take a long time and it should be renovated like this. But it just fitted in the plan and we have created one of the finest cigar lounges in it and have also created a Johnny Walker lounge. Seven meeting rooms from two meeting rooms of different sizes have been created. Plus, we have also included a hall in it, so that the Chambers members can do their exclusive functions at our hotels with the exclusive view of the Lutyens' Delhi, which is not available to anyone. It is unparallel. So, in the main hall, the view is there from all the sides in which from one side you can see the Parliament and on the other side, you can see Nehru Stadium, Indraprastha, even the Lotus temple if the day is clear. So, I think, in, all in all, a very state-of-the-art private membership club is being taken to a new level and have full support from our chamber members and we are very confident that private membership club will get a new positioning, a new style and a new reach.

Q: Do you think that this concept of Chambers will be replicated in other Chambers that you have across the world?

A: When it comes to across the world than at present, we have six Chambers in India, like in Kolkata and Mumbai. One of our Chambers is operational in Dubai and it would have been opened in London but has been delayed due to the lockdown and is likely to be opened in the next six months. And then, we have some other international destinations where we are planning to open it, like New York and Cape Town, because we term our Chambers members as ‘Accomplished Acclaimed Achievers’, so they are global citizens and if we can offer them this facility everywhere then it will be work with us and with support.

Q: Post-COVID, a scenario is being created because to a great extent we are on a massive vaccination drive and expect that the numbers will not go up a lot. As we are moving towards a new year, i.e. FY22, and how confident and enthused in FY22 seeing the kind of recovery around you?

A: We did not leave the confidence and hope even in FY21. It was difficult and you termed it as a write-off and we at times term it as a washout year. It was very difficult to work with zero revenue, but I think measure business has really-really picked-up. So, our major destinations are performing well, Goa is full, Rishikesh is full, and if you will need rooms for the Holy weekend then everything has been sold out at the major destinations.

Q: We are seeing a great response at the forest and national park destinations.

A: It is a pent-up demand, which is also termed revenge travel, in which people have to get out. If they have to go, then where they will go, of course even to Staycations, in the city they are beginning to do fine. We can say that almost overall 50-60% of revenue have reached pre-COVID levels. At leisure destinations are more or less are at 80% because the restrictions on food & beverages, people invite for weddings and now people with 1,000 people in attendance cannot happen. So, at some places, there are restrictions to 50 people and at others, there is a restriction on 200 people, while at many places, there is no restriction on the outdoor celebration. But it still has an impact. And also, corporate travel – the MICE business – will take some more time. So as and when the vaccination drive will increase, the corporate travel – at the senior level will increase. It has started in the middle and junior management.

Q: What is visible from the occupancy level point of view and is there any geography or pockets that are doing better?

A: Of course, Rajasthan is doing better with Jaipur taking the charge. Goa is doing very well I would say the best in India. For us, our Coorg – the Chikmagalur area - is doing very well, Rishikesh is doing very well, Shimla is also doing well. Recently, we have also opened Darjeeling, the Taj Chia Kutir, and I was there this week, it is very nice and it is almost sold-out and it is because of the times, we are in, otherwise, a hotel that has not even completed 100 days of its opening starts to get sold-out that’s a dream.

Q: International travellers are a big chunk for you.

A: International travel is closed and for us, as you rightly said, it is a very big chunk. Dubai has been very good, so, Dubai, we cannot complain, and it is pretty good. We have two hotels in Dubai. The Maldives has been brilliant. Sri Lanka is of course more or less is struggling or is shut. So, it is a mixed bag but for us, the revenue of London and New York is very important. Even San Francisco was a profitable hotel for us. But there is one more thing that if there is no revenue then the government’s foremost schemes or support helps us a lot, as an industry. So that I would say, the business help in the UK is absolutely premium.

Q: What are the areas where you can get growth and you will grab that opportunity?

A: One is s a life-for-life portfolio, which was available during the COVID. The second is the new properties. The third is new businesses and new brands. So, I think, the homestay brand that we launched in this period, Ama, in Goa. By now, it has turned into almost 40 bungalows portfolio for us and very soon, we want to touch the first 100. So, the situation through which we have gone, these homestays have become very popular. Our home delivery food business and our initiatives of Drivecation called 4D in which you can Dream. Discover. Drive and Delight yourself. So, all of this has worked quite well for us. So, we will have a focus on it, as we didn’t do it just for 10 months and we want to make good business out of that. We also want to make good business out of the Chambers, where we are sitting. So, that is one going forward, we are optimistic that it will continue to be good. The thing that scares – and even I did not think in the last 10 months – and it has happened in our first conversation, like the mutation of the virus, second wave, third wave, strain. So, it is very difficult to judge but it seems that India has controlled it better. The central and state governments have done a very good job in flattening the curve. If it continues and the vaccination drive continues to grow, then I think the future is more positive than the last year has been.

Q: The plans that you have pushed back last year are ready to be back on stream in terms of your hotel property opening up?

A: On average, at least 12-14 openings happen in a year and I will happen this year too. Because of the lockdown, they could not be opened but we have opened many hotels, like in Ahmedabad, we have opened a beautiful Taj. Right now, we have talked about the Taj, we have opened it there. Similarly in the coming months, we are opening Taj Wellington Mews in Chennai, the luxury brand with the residence. It is being opened at a good time because it will be an all women-run hotel, the first of its kind along with women international daycare. We are also opening a hotel in Trivandrum in April. In Haridwar, we will be opening to complete the circuit, i.e. we have a property in Rishikesh then it should also be in Haridwar. So, I think, we have a lot of openings in the pipeline, in fact, we have 50 hotels in the pipeline, which is signed and contracted. They will be ready in a maximum of three years. Others that will come in it, which we call as conversions, like we opened Cidade de Goa, and that is an existing running property that is not included. There are many hotels in which you sign and open within a week or two weeks and there are many which you construct new, which are termed as Greenfield. And Brownfield is the half-finished one, and it takes half the time to finish.