From April 2017, the Indian banks are scheduled to begin migrating to Indian Accounting Standards and the compliance will be compulsory from April 2018. 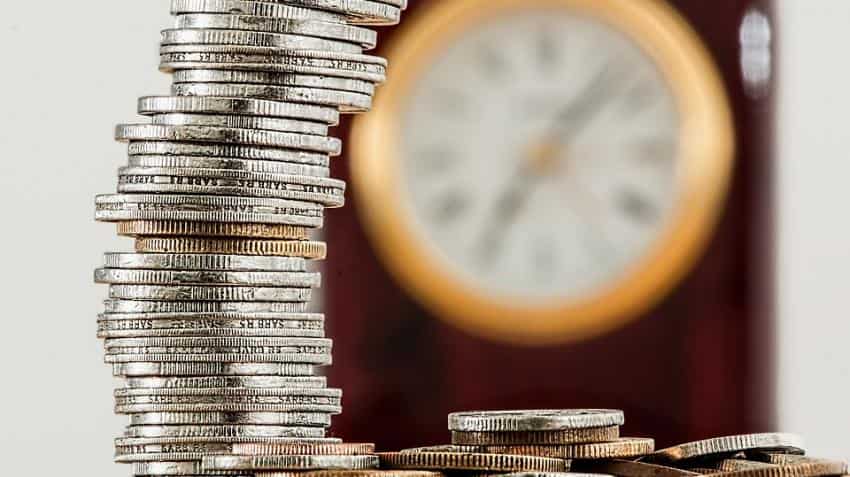 Banks are heavily dependent on the government for raising new capital due to the poor conditions for asset quality. Photo: Pixabay
Written By: Hitisha Jain
RELATED NEWS

Indradhanush 2.0 on anvil for recapitalisation of PSBs

Revenue reserves of four public sector banks may be wiped out

The government has already earmarked $10.4 billlion (Rs 69188.6 crore) for capital injections into the state banks through to FYE19, and, in July it had announced that $3.4 billion was being frontloaded. Though the banks in most need of capital have been prioritised, but this injections may not be sufficient to address their capital needs to support balance sheet growth, the report said.

Saswata Guha, Director, Financial Institutions, Fitch Ratings, in a report titled, 'Fitch: Basel III Add to Indian Banks' Capital Trigger Risk', said that, the state banks, will account for about 80% of the total requirement, where a large part of which will come in FY18 and FY19.

"More than 50% of the required new capital will need to be met through core equity, and most of the rest will need to be raised through AT1 debt capital instruments," Guha said in the report.

Last month, in a report by Fitch Ratings had mentioned that the bank earnings may remain weak for the next 12-18 months as asset quality indicators are close to their weakest point.

The rating agency's forecast for the banking sector came after Dhanlaxmi Bank, a private regional bank, failed to pay a coupon on its subordinated debt instrument in July 2016, "indicating the increased risk to bank capital investors from NPAs and capital adequacy pressures on the banking sector."

This is the first time that Indian investors have had to forgo interest on a bank capital instrument, the report said.

In the recent report by the rating agency, mentioned that the capital ratios are thin at state banks, which represents 75% of banking sector assets and account for almost 80% of the capital that Indian banks need to raise to meet Base III standards by March-end FY19.

What is Basel III?

Basel III, or also known as Third Basel Accord, is an international accord that introduced a set of reforms designed to improve the regulation, supervision and risk management within the banking sector, as explained by Investopedia.

How State Banks more at risk?

According to the Fitch's analysis, 27 Indian banks with outstanding hybrid capital instruments indicates at end-June 2016, the total capital adequacy ratio (CAR) for 11 banks was at or lower than the minimum of 11.5% required by FYE19.

"Of these, six did not have enough capital to meet the minimum required by FYE17 (10.25%). Designated systemically important banks have an added threshold of 0.2%-0.6% on top of the 11.5%. The minimum total CAR is a prerequisite for payment of coupons on both legacy and Basel III perpetual debt capital instruments", Guha explained. 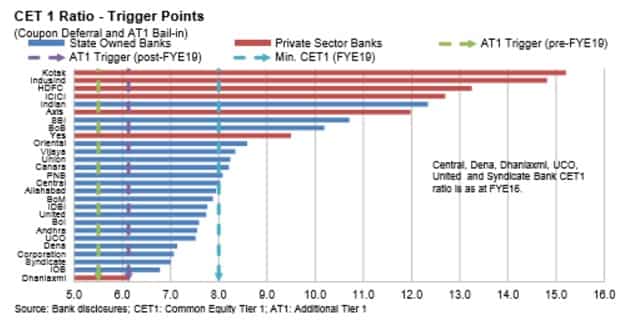 From April 2017, the Indian banks are scheduled to begin migrating to Indian Accounting Standards and the compliance will be compulsory from April 2018. According to these standards, banks will be required to make provisions based on "expected credit losses", which will add the burden faced by the banking sector.

The rating agency believes that there are chances that the new accounting standards will be phased in gradually, and not as one-time full implementation.

"This is due to, first, the lack of readiness on the part of banks and auditors to move to a system that is more reliant on management judgement, is more data intensive, and necessitates sophisticated credit modelling. Second, there is already a lot of pressure on banks to raise capital," Guha said.

Banks are heavily dependent on the government for raising new capital due to the poor conditions for asset quality.

However, the Reserve Bank of India's proposal to allow banks to issue 'Masala Bonds' may help widen the investor pool and ultimately deepen the market for AT1 bond (Additional Tier-1) issuance.

"This step is helpful particularly when most of the capital needed will be required to be denominated in rupee owing to the currency structure of most banks’ balance sheets," Guha added.

Indradhanush 2.0 on anvil for recapitalisation of PSBs

Revenue reserves of four public sector banks may be wiped out