Airport infrastructure need a lot more funding than what was put in a decade ago on robust air traffic growth. 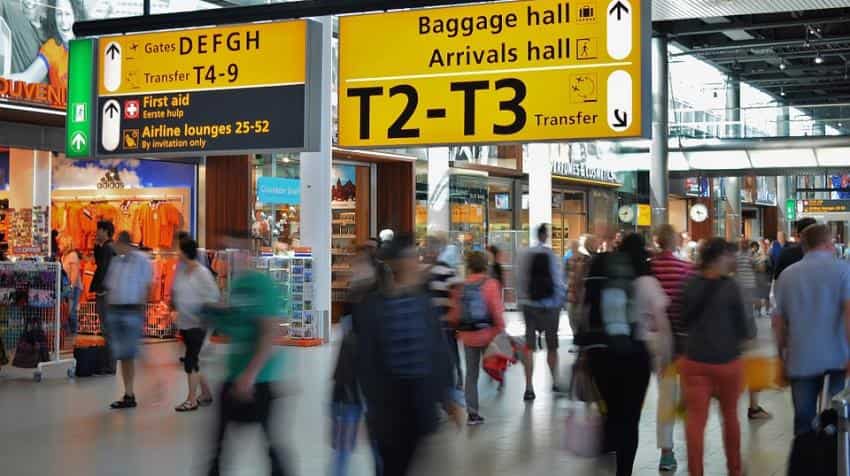 ICRA said the airports infrastructure sector in India is increasingly getting constrained by the strong growth in traffic since FY2014. Image Source: Pixabay
Written By: ZeeBiz WebTeam
RELATED NEWS

With more and more air travellers Indian airports will need to increase its airports’ capacity along with the investment in bettering them.

“The country would need to nearly treble its airports capacity (terminal building capacity) at an estimated capital expenditure of Rs 2.4 lakh crore in the next ten years, much higher than around Rs 52,000 crore incurred over the last decade, to address the growing air traffic,” ICRA said in a report on Monday.

ICRA said the airports infrastructure sector in India is increasingly getting constrained by the strong growth in traffic since FY2014.

Passengers carried by domestic airlines during January to August 2017 were 754.11 lakhs as against 644.68 lakhs during the corresponding period of previous year, as per the data given by Directorate General of Civil Aviation.

“As of now Capex plans to the tune of Rs 65,000 crore have been finalised by Airports Authority of India (AAI) (Rs 17,500 crore for next five years) and by private operators (around Rs 22,000 crore for brownfield expansion in Delhi, Mumbai, Hyderabad and Bangalore; and around Rs 21,000 crore for Greenfield airports),” ICRA said.

However these funds will fall short considering the growth of passenger traffic.

“The private players’ participation in the sector had slowed down after the initial burst of 2004-2006 when Delhi, Mumbai, Bangalore and Hyderabad airports were privatised. Some of the major concerns which hampered private participation included regulatory uncertainties, restricted capacity of major infrastructure players given their liquidity constraints, funding constraints of the banking sector, and concerns regarding absorption of AAI’s sizeable employee base in case of Brownfield airport privatization,” said Harsh Jagnani, VP and Sector Head – Corporate Ratings, ICRA.

The sector would require greater participation from the private players, the report added.

Speaking on the issues of airport privatisation Jagnani added, “Many of these issues are progressively getting resolved, which along with the success of earlier privatised airports, is leading to the revival of private participation, as highlighted by recent concessions of airports in Navi Mumbai (Maharashtra) and Mopa (Goa).”