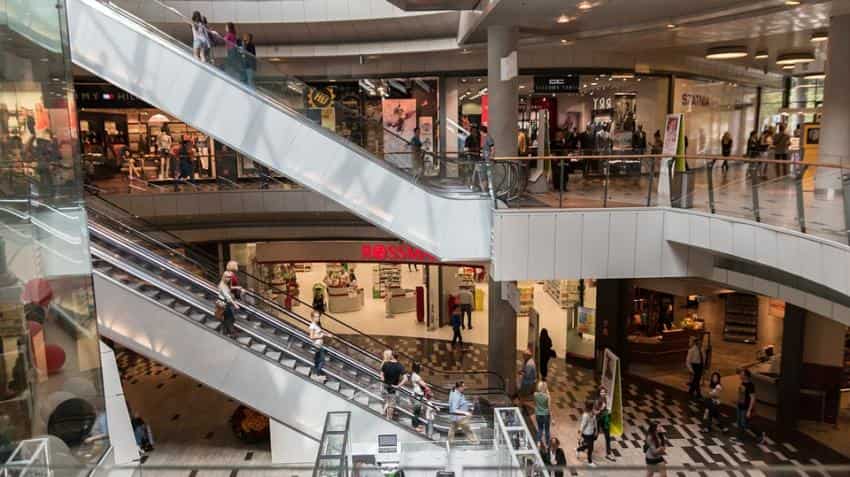 The estimated 34 malls in the making suggest that retail malls will continue to hold importance as a ‘destination’ going beyond stores. Image Source: Pixabay
Written By: ZeeBiz WebTeam
RELATED NEWS

Indian retail sector will be getting a further impetus for growth with a total of 34 malls that are estimated to start operations in eight Indian cities by 2020.

“Totalling approximately 13.6 million square feet (msf), the new supply will add approximately 20% to the total available mall inventory in these cities,” said Cushman & Wakefield in a report on Monday.

“The retail sector has been encouraged by an upward trend in mall space leasing which was up by 55% in the period January – September 2017, recorded at 2.3 msf. New supply for the same period saw a year – on – year (y-o-y) declined of 63% to be recorded at 1.9 msf,” the report added.

The estimated 34 malls in the making suggest that retail malls will continue to hold importance as a ‘destination’ going beyond stores.

“After a prolonged period slow growth, the retail sector has regained momentum and its trust in traditional brick and mortar retail space acknowledging the role that will play in the future growth of the sector,” the report said.

Among the cities that will be getting new malls are Mumbai, Pune, Chennai, Delhi-NCR, Bengaluru, Ahmedabad, Hyderabad and Kolkata.

“Hyderabad will be witnessing the largest number of new retail malls at 11 new malls, more than doubling its current mall inventory for under 3 msf to over 6 msf by 2020,” the report said.

The next cities to follow with the most number of upcoming malls was Delhi-NCR and Bengaluru with eight and six malls respectively.

Mumbai is estimated to have two new malls by 2020. 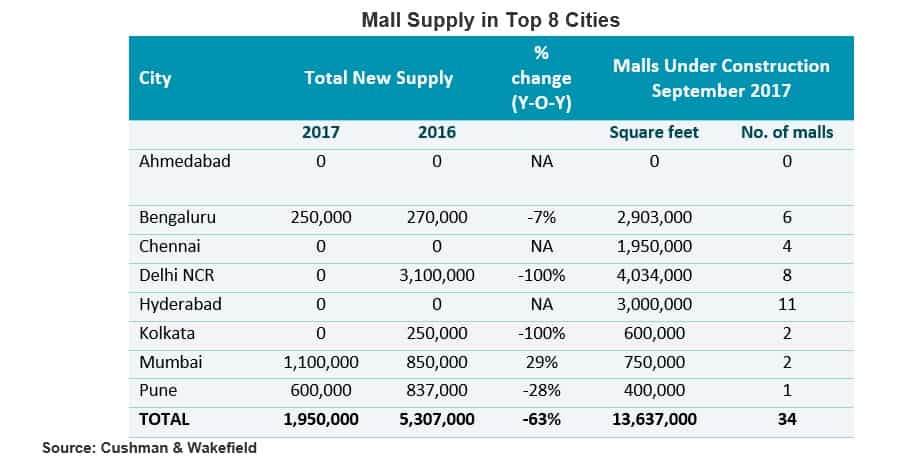 “With the estimated size of retail sector pegged at INR 1 trillion by 2020, at an approximately 15% CAGR between 2016 – 2020, the scope for retail real estate remains high. With foreign retailers entering the country and expanding aggressively, brands are preferring to be located in malls that are likely to see higher occupancy levels. Hence, over the next few years, investors will be on a lookout for professionally managed, well-run malls that would witness yields improving and rental values inching up, thereby improving returns for investors,” Anshul Jain, Country Head and Managing Director, India, Cushman & Wakefield.