India Post has started operations of its payments bank on Monday on pilot basis in Raipur and Ranchi. 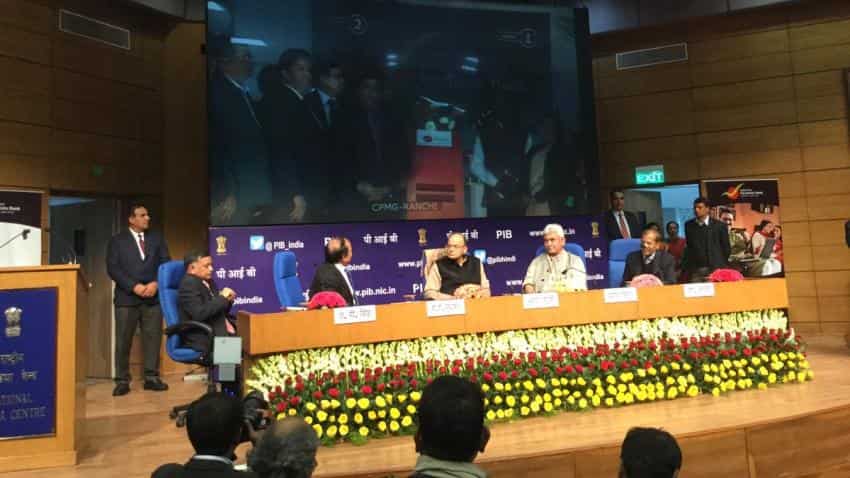 India Post Payments Bank (IPPB) on Monday kicked off its operations by rolling out pilot services in Raipur and Ranchi.

The paid up equity of the new bank is Rs 800 crore, of which the government has already infused Rs 275 crore, he added.

"The idea is to have a branch in every district and make three lakh postmen come alive in payment bank function," he said.

Also 1,000 ATMs of India Post will be transferred to IPPB, Singh added.

Telecom Minister Manoj Sinha said that IPPB plans to have 650 branches across the country by September 2017.

About 650 IPPB branches will be opened by September this year & that will have a multiplier impact as far as banking in India is concerned/4 pic.twitter.com/D8lLyuyoQO

Terming IPPB as a mechanism for financial inclusion and a milestone, Sinha said the payments bank -- the third one to get a permit after Airtel and Paytm and the first one promoted by the government -- will not just conduct business but also serve people.

India Post Payments Bank is the third entity to receive payments bank permit after Airtel and Paytm. Payments banks can accept deposits up to Rs 1 lakh per account from individuals and small businesses.

The new model of banking allows mobile firms, super market chains and others to cater to banking requirements of individuals and small businesses. It will be set up as a differentiated bank and will confine its activities to acceptance of demand deposits, remittance services, Internet banking and other specified services.

In 2015, Reserve Bank of India (RBI) had granted 'in-principle' approval to 11 entities, including the Department of Posts, to set up payments banks and proposed to give such licences 'on tap' basis in future.

However, a consortium of Sun Pharmaceutical Industries promoter Dilip Shanghvi, IDFC Bank and Telenor Financial Services gave up their plans to roll out payments bank.

Cholamandalam Investment and Finance Company (Chola) also decided to withdraw its plans to set up a payments bank.

Tech Mahindra was the third to drop plans to roll out payments bank.

Out of the remaining eight companies in the fray, Airtel launched its commercial operation across India with an investment of Rs 3,000 crore and is offering interest rate of 7.25% on deposits, free money transfer from

Airtel to Airtel numbers within Airtel Bank, money transfer to any bank account in the country.

Paytm, promoted by Vijay Shekhar Sharma and backed by Chinese e-commerce major Alibaba, plans to roll out payments bank with an initial investment of about Rs 400 crore.