Increased enquiries for petrol vehicles hint there will be an uptrend in Auto Sector in Festive Season: Shashank Srivastava, Maruti Suzuki 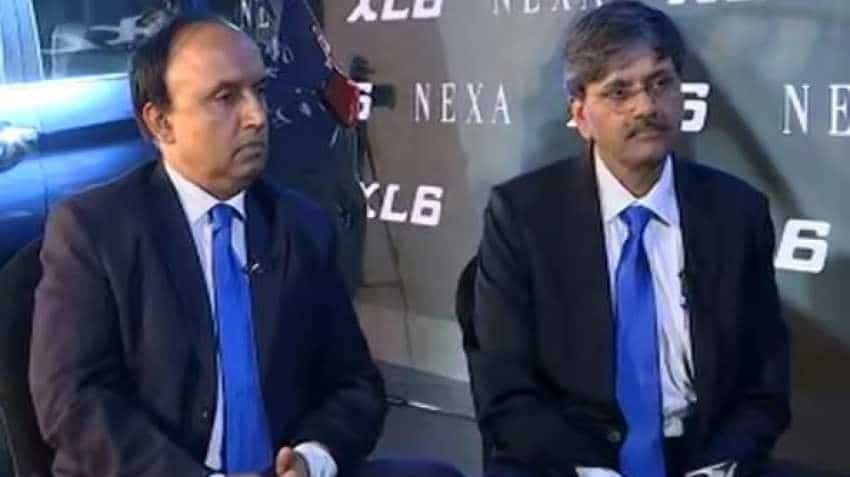 Maruti Suzuki’s top management, CV Raman, Senior Executive Director – Engineering and Shashank Srivastava, Executive Director - Marketing and Sales, talks about the launch XL6 premium MPV during a candid chat with Swati Khandelwal, Zee Business. Interestingly, Maruti has launched its product, XL6, at a time when the auto industry is going through a harsh time and the industry has seen its worst performance in the last two decades. Edited Excerpts:

Q: How hopeful you are that XL6 will bring you back to a strong position and its numbers are going to be promising for Maruti Suzuki?

Shashank Srivastava: I would like to respond in two different ways and the first is that our industry is cyclical and that’s why we don’t plan our new launches on the basis that the industry may see an uptrend or downtrend after three-four years as these plans are made 3-4 years back from now. Secondly, new launches indeed bring excitement in the market and we hope that this launch will bring that excitement. There is a reason for the ongoing downtrend and the negative talks that are happening about the market and it is that sentiments are not very positive. But the introduction of new models brings some positive sentiments. Thirdly, this segment, B-segment, has grown nicely in the last 4-5 years and as of today and has a market share of almost 30% in the industry.

Q: As a six-seater vehicle it has a direct competition with Innova Crysta. What is your expectation, in terms of volume, with this product?

Shashank Srivastava: I will not say that we are directly competing with Crysta but it will also attract several new customers, who need a bold and SUV-type vehicle but need comforts and space of an MPV. Whenever we launch a new product, we check its acceptance among the customers’ as it is our philosophy.

Q: Maruti has decided to not invest in small diesel engines and that’s why just petrol version of XL6 has been launched with hybrid-option. Let us know about the investment that has been made on this engine and will there will be a complete no to diesel engines for Maruti Suzuki even in case of big engines in time to come?

CV Raman: Today, customers have some confusion about future environmental regulations and other things. Even the regulators, in a way, are not propagating diesel and that’s why I think that we should wait and watch. We have launched E15 engines in BSIV version and we will look forward to the needs of the customers and will reconsider our decision is there is any need from the customer’s end.

Q: You are expecting that things will get better during the festive season and that’s why I would like to know that do you think that the most difficult phase has come to an end and there will be an uptick in the market? Do you have any acceptance from the government in front of GST in terms of a rate cut as well as any stimulus package for the industry?

Shashank Srivastava: As far as your first question is concerned, that are we expecting an upturn in the market then yes, we are expecting it because we have seen an increase in enquiry level especially in petrol vehicles. Our festival season begins with Onam across the country from Kerala to Ganesh Chaturthi in West and then across India from September end. As far as expectations from the government are concerned then Society of Indian Automobile Manufacturers (SIAM) and other automobile bodies have presented their thoughts to the government and the government is considering it. We at Maruti Suzuki, instead of speculating about their actions and when and to what level or there will be a GST cut or not, we are focusing especially on our efforts.