In any system of this size, there may be a few black sheep: Rajnish Kumar, chairman, SBI

Rajnish Kumar, chairman, State Bank of India (SBI), expects some more amendments to come into the law so that the debate around existing promoters being kept out of the bidding process is settled. As he completes the first year in the corner office, he is hopeful that the problem of non-performing assets (NPAs) is being tackled in a systematic manner and the bank is ready for growth and profitability. 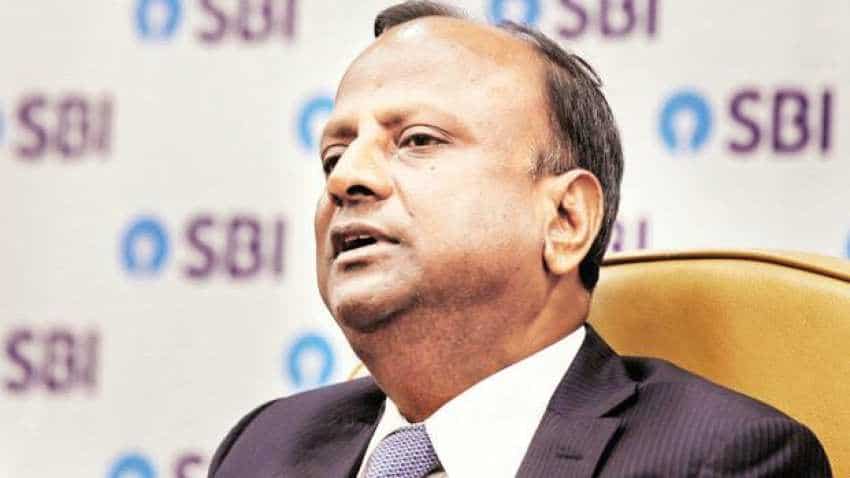 Insolvency and Bankruptcy Code (IBC) 2016 is a big tool that lenders are banking on to discipline delinquent borrowers. Rajnish Kumar, chairman, State Bank of India (SBI), tells Manju AB that he expects some more amendments to come into the law so that the debate around existing promoters being kept out of the bidding process is settled. As he completes the first year in the corner office, Kumar is hopeful that the problem of non-performing assets (NPAs) is being tackled in a systematic manner and the bank is ready for growth and profitability.

Former Reserve Bank of India (RBI) governor Raghuram Rajan, in a report to the parliamentary committee, said that the present NPA pile is also due to the irrational exuberance of bankers in 2006-2008, among other things. How would you counter it?
Yes, it was a period when there was extreme optimism. Credit growth in one particular financial year was as high as 25%. Whenever there is a huge credit expansion, there is a danger of NPA formation. There are bound to be slippages. Take the power sector, for example. When it was opened up, a lot of private promoters came in. Earlier, the experience was good; so everyone thought it was an annuity-type steady return - a 16% internal rate of return is assured. Lenders took the bait. When it failed to materialise, problems erupted. But the fact is that 75,000 megawatt of capacity got added during this time.

Why were banks taking a risk by letting a consumer durables company, for instance, get into oil, telecom and real estate?
Post 2008, there was a conscious decision in the G20 that there should be a stimulus for the economies of the respective countries. All banks were sitting on surplus liquidity and chasing assets. That is where the whole problem started.

So surplus liquidity was the problem?
When there is surplus liquidity in the system and a visible opportunity in front of bankers, they seize the opportunity to lend without realising where this could lead to. The underwriting capabilities need to improve. Banks should have the capability to assess the risk and build the capability to spot the risk at every stage of the loan. Large projects need a lot of analysis by technical and experienced experts.

Is it difficult to separate exuberance, incompetence and corruption among bankers?
This again is an overstated fact about corruption. In any system of this size, there may be a few black sheep. But there is no systematic corruption in banking in my view. In large project loans, there are 20 to 30 banks and bankers involved. To think they could be corrupt is inconceivable.

The fact is that for any large project, the capital is coming from the banks. The promoter equity is meagre. In many cases, 100% financing is coming from the banks. Over-leveraging has been a problem. Earlier, everything was against the lenders. But after the introduction of the IBC, this is changing. Deleveraging is happening. With the IBC, there is a fear that the business may be lost. Bankers today have a tool to punish the borrower.

Isn't it too early to get excited about the IBC?
The effort by some vested interests to stall the process at every stage should not be allowed. For the CoC (committee of creditors) to come out with a resolution in 180 days is a tight period, but reasonable. The US bankruptcy laws also give the same time frame. Whatever steps that the banks and the adjudicating authority can take, are being addressed. In large cases, there is a clear visible change in management. When it comes to smaller cases, the possibility of gaming the system is more. But more amendments to the IBC are needed. We are expecting more judicial pronouncements to happen to settle the debate around 29A (existing promoters or related parties to them not being allowed to bid). In the case of Essar Steel, the Supreme Court has taken note of the fact that there is a delay. So maybe, there will be some pronouncements from the court on the need for speedier resolutions to preserve the value of the asset so that things move fast.

How would you then rate the IBC?
It is needed. It is one of the most significant reforms as far as the country is concerned. We have to make it successful and remove whatever roadblocks are there. The government is also very conscious of this. The NCLT (National Company Law Tribunal) courts will be augmented, the number of courts will be increased and the infrastructure beefed up. Most of the dispute has been around 29A and the bidding process. The air will get cleared with more judicial pronouncements. An efficient insolvency will bring in efficiency.

What is the amount of loans that SBI has in the NCLT?
In the first two lists sent by RBI for resolution under IBC, we have Rs 78,000 crore. But the total we would have is about Rs 90,000 crore of loans under various stages of resolution under the IBC. The recovery rate is about 35-40% on an average. The earlier we refer these cases to the NCLT, the faster the resolution.

So NPA management is under control now. But is there any sector which is still a worry?
EPC (engineering, procurement and construction) is the next big challenge for us. There are a lot of problematic companies, and they are all non-fund based exposures. There are problems of disputed claims. Banks have given guarantees to EPC companies so it does not reflect on our books. This is one segment where the recovery is still poor. Many EPC companies have gone into trouble. But we are changing our lending methods to EPC companies, particularly those that are not stressed. EPC is an important segment of economic activity; we need to support it for development of infrastructure and also for generating employment. But the way EPC companies are being handled, it is undergoing a complete change.

SBI is also keen on growing its corporate book this year. How do you plan this?
Larger credit, honestly, is only for highly rated companies. We are seeing good growth in the housing sector. Cement is seeing encouraging growth. The steel sector is turning around. Aviation is a difficult sector worldwide. We expect to register a 10% credit growth, which is realistic.

When is SBI going to start reporting profits?
Maybe in the second quarter of this fiscal, ending this month. The profits are dependent on two variables. First, is the bond yields; we thought it would be at 7.90%, but it has now gone up by 0.20%. But it is a notional loss. The other is the decision on Essar Steel. If the resolution for this large account comes this month, SBI will be able to report profits no matter at what levels the yields are trading at. We have over Rs 50,000 crore of sanctioned but not disbursed amount lying with the bank. This will be gradually channelised.