I'm optimistic that economy will bounce back in next 2-3 months: Vikram Kirloskar, Toyota Kirloskar

The government should reduce taxes slapped on equity as it will boost private investment and encourage people to invest and take a risk, says Vikram Kirloskar, President, CII, and Vice Chairman of Toyota Kirloskar, during an interview with Zee Business. 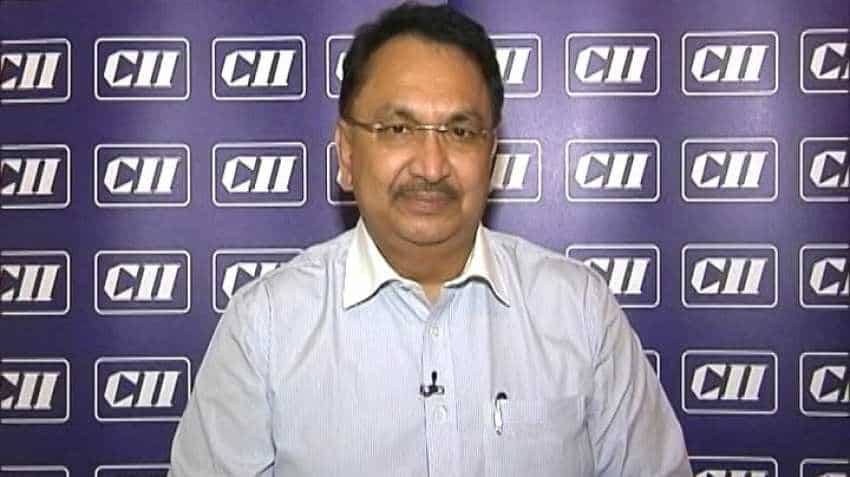 Kirloskar said that behaviour change and end of trust deficit will boost the GDP and attain a double-digit growth. Image source: Zee Business

The government should reduce the taxes that is slapped on equity as it will boost private investment and encourage people to invest and take a risk, says Vikram Kirloskar, President, Confederation of Indian Industry (CII) and Vice Chairman, Toyota Kirloskar. During an interview with Swati Khandelwal, Zee Business, Mr Kirloskar said that behaviour change and end of trust deficit will boost the GDP and attain a double-digit growth. Excerpts:

Q: You represent the auto sector through Toyota Kirloskar. So, tell us about the auto sector’s expectation from the budget?
A: Equity is getting more expensive on investing and when equity is increased then it turns up to be private investment. So, I would like to request the government that it should reduce or remove three-four taxes that is slapped on equity as it will give a boost to private investment and bring aggression among people to invest. The second thing is consumption, a segment that is facing issues of liquidity and cost of liquidity. At the same time, a banker and my colleague Uday Kotak says that liquidity is available in the market, but the problem is related to cost of liquidity and we have to find the ways to reduce it. So, reduction of retail finance cost will give a boost to consumption cost as well. So, I have these two suggestions for the government.

Q: There is a need to increase the income tax exemption limit and we have seen that tax rebate for a section with income up to Rs5 lakh was announced in the interim budget. What is your expectation for the middle class and individuals earning more than Rs5 lakh from this budget?
A: We have recommended that a minimum tax layer should be brought up to Rs5 lakh, this is not an exemption, but zero tax return should be filed.

Q: Rural demand has weakened in the last six months so suggest steps that the government should take to bring an improvement in rural demand? Do you have any specific recommendation for agri-economy?
A: The Prime Minister has announced a rural insurance scheme for the farmers and I think that it will encourage people to move ahead and take risks, which will help them to earn profits. It is important that farmers take a risk and get rich and this is how the economy will grow. So, Prime Minister’s original idea is to double the income of farmers and every effort should be made to increase their income.

Q: Do you think that corporate tax will be slashed/reduced in this budget?
A: We asked for simplification keeping revenues to its neutral levels. Reduce the corporate tax and get rid of the exemptions.

Q: The levels to which corporate tax should be brought down?
A: We are looking at 18-20 per cent corporate tax and zero exemptions.

Q: Suggest steps that the government should take to attain a double-digit growth?
A: You need a change in behaviour to get such kind of GDP growth. Prime Minister’s Swachh Bharat scheme that launched in his first tenure has brought a behavioural change in terms of cleanliness. Similarly, some concept related to change the behaviour should be brought in as it creates trust between the government and industry, government and society and the society and the industry. I feel the trust deficit is something that is holding it two points down because people are scared to a lot of things. So, people should also be blamed for that scare due to over-regulation. if trust comes in and regulations will come down and ease of doing business will increase. If you have trust you will have more FDI coming to the country. So, this is a key issue. So, first, let’s have a change in behaviour and remove the trust deficit.

Elections impact: Mahindra, Toyota Kirloskar sell these many vehicles in May