In 2015, IKEA had sourced goods worth 315 million euros from India, in which textiles contributed around 70% of that. 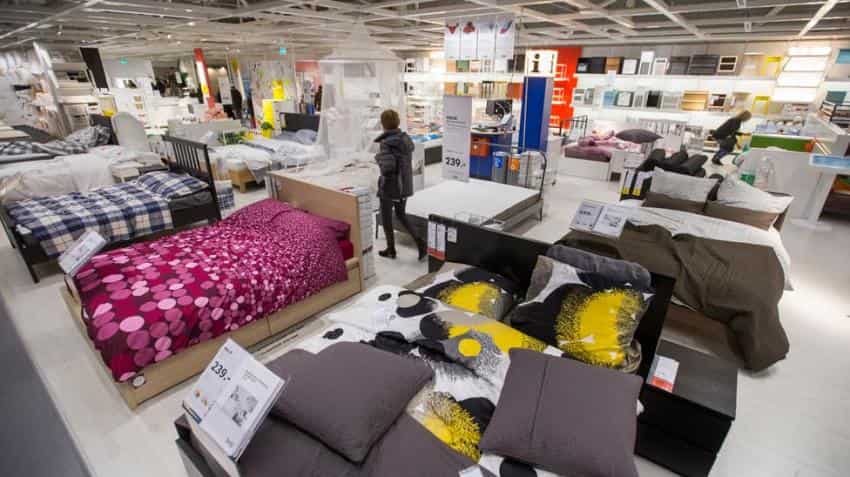 With its first store in India set to open next year, Swedish furniture retailer IKEA will consider setting up a production unit in the country in order to fully tap the potential of 'big middle class' consumers in the market.

The company, which has already purchased land in Hyderabad and Mumbai to start retail operations, is also looking to double sourcing of products for its global operations from India by 2020.

"It is important for us to set up our production (unit) in India," IKEA Group President and CEO Peter Agnefj ll told PTI here.

Explaining the reasons for the need to have production facilities in India, he said: "On one hand that would support the growth of the economy and secondly, what we do is that we sell products, which are inexpensive. You can not distribute these inexpensive products long distances because if you do that then you would ruin the margin of the product."

Agnefj ll further said: "So it's important for us to go for the local production. If we have the right technology, right raw materials which is existing there then we can combine with the knowledge of IKEA and turn into a fantastic product. Then only, I think we can reach the big middle class and not the affluent few but the many people in India. There is enormous growth of the people of the middle class year by year and by 2025 it would look different from today."

When asked about the total investments that IKEA is planning for India, he said: "Well, we are estimating that we need to invest more than 1.5 billion euros in the coming period in stores and distribution etc. It's very difficult to be spot on but I think it would be enough."

IKEA will open its first store in India at Hyderabad in the second half of 2017. It has also bought land in Mumbai as part of its expansion in India even as it scouts for more sites in Delhi-NCR, and Bengaluru.

The company, which received government approval in 2013 for its Rs 10,500 crore proposal to open retail stores under 100% FDI, plans to open 25 stores by 2025 in nine Indian cities.

In 2015, IKEA had sourced goods worth 315 million euros from India, in which textiles contributed around 70% of that.

Stressing on the need to increase sourcing from India, he said: "It's also about finding new opportunities. We know already that India is very competitive on textiles but there are things, which you could produce in a competitive way. For instance you have plenty of bamboos. Could you make flat line furniture out of bamboo? It's one of the things my colleagues are looking into..."

When asked if the company would also promote Indian designs, he said: "This could be good possibility. We have a collection that we have done and developed together with Indian designers. That is very fascinating."

Elaborating on the company's future plans for stores in India, he said: "Our thinking goes much beyond one store of Hyderabad. Our focus is on four territories in Bangalore, Delhi, Mumbai and Hyderabad. When we would cover them off course we would look beyond."

Stating these are starting points, he said: "It would keep us occupied for a number of years to go but eventually we would like to be (there) for the many people living in India beyond those territories too."

When asked how soon IKEA could open its stores in North India, specially around Delhi he said: "It's difficult to say. It's about actually how fast can we find sites, acquire them and make sure that they get retailing permits and build our stores on it. It's not entirely up to us to say let's do it in 2-3 years. It's all about what are the opportunities in the market."

He said for a big city like Delhi, IKEA would probably need three to five stores to cover it in a good way and added the company would really like to locate its stores where there is good connection to public transportation too.