"Anyone who sells furniture will have a delivery service," Kantar Retail analyst Ray Gaul said. "The difference will be that instead of having just a delivery service, IKEA are trying to give some assistance in designing your space, and that`s where TaskRabbit can be helpful." 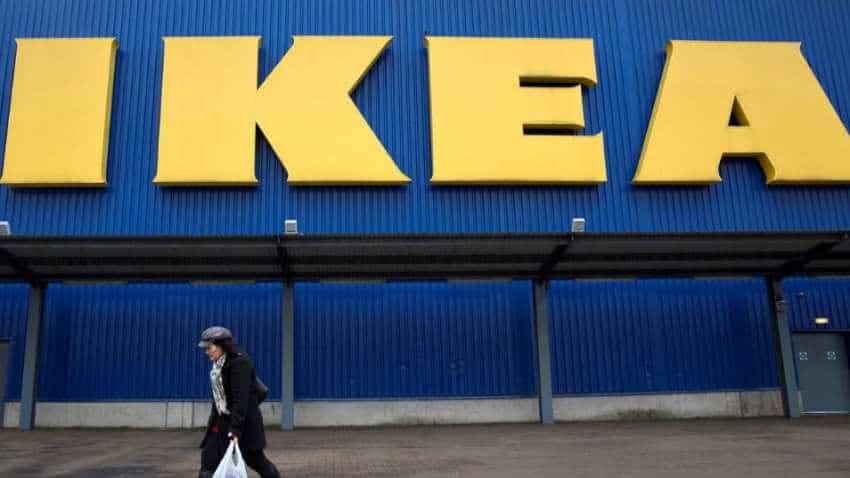 IKEA has offered assembly across its markets for more than four years, mostly through service partners. It has also entered partnerships with Airtasker https://www.airtasker.com in Australia and UrbanClap https://www.urbanclap.com in India. Reuters

Winning the battle for online shoppers is crucial for IKEA. While online furniture retailing was relatively slow to take off, the market is now being flooded and the battle is increasingly in after-market services. The United States is IKEA`s second-biggest market behind Germany with 14 percent of its sales.

Global Data Retail analyst Neil Saunders put the overall U.S. home furnishing market at $282 billion in 2017. But he said IKEA`s share was 2 percent, down from 2.2 percent in 2014 and well below Germany, where it has as 12 percent share.

Pure online furniture retailers such as Germany`s Home24, Britain`s MADE and Wayfair in the United States have been growing rapidly, online generalists such as Amazon are pushing furniture while some hypermarkets are branching out into home furnishings.

"Anyone who sells furniture will have a delivery service," Kantar Retail analyst Ray Gaul said. "The difference will be that instead of having just a delivery service, IKEA are trying to give some assistance in designing your space, and that`s where TaskRabbit can be helpful."

IKEA, which had global sales of 39 billion euros ($44 billion) last year, made its name selling inexpensive furniture mainly to people willing to travel to its vast stores, lug their merchandise home and assemble it themselves.

Now, more shoppers prefer the convenience of buying big-ticket items online and getting products delivered, assembled and installed. In Reznik`s case, she paid $81 to have her furniture built, with TaskRabbit taking a 15 percent cut.

Since IKEA`s acquisition, the first in its 76-year history, TaskRabbit has expanded to all 48 U.S. cities with IKEA stores, up from 41 before. In Britain, it has moved beyond London to 11 more cities and it launched in Toronto, Canada, in September.

Since it was founded in 2008, TaskRabbit says its vetted "taskers" have assembled 545,000 pieces of furniture, moved over 340,000 households and mounted more than 190,000 TVs - though it didn`t give a breakdown for before and after the IKEA deal.

"We are convinced this is a way to access new customers in our cities," said Brodin, who aims to take TaskRabbit to more countries. "The convenience customer today has so many more choices, and they are used to getting a quick answer."

But having TaskRabbit freelancers associated with the IKEA brand also brings new risks, even though they are vetted.

"You don`t know if they are a good person or not. And, like it or not, it`s associated with your brand. So if they steal something, or worse, it`s back on IKEA," Kantar`s Gaul said.

Brown-Philpot attributed much of TaskRabbit`s growth since the deal to links on IKEA`s website.

"Once we closed the acquisition, yes, the branding happened: there was co-branding in the store, there`s opportunity for people to see TaskRabbit in the catalogue, we`ve been on a couple of commercials. But what`s really happened is the seamlessness, the integration," she said.

Besides TaskRabbit, IKEA is rolling out accessible inner-city stores with staff on hand to advise on planning, as well as apps and digital tools to help customers tailor living spaces.

IKEA has offered assembly across its markets for more than four years, mostly through service partners. It has also entered partnerships with Airtasker https://www.airtasker.com in Australia and UrbanClap https://www.urbanclap.com in India.

But TaskRabbit is the only platform it has bought, and executives say that brings IKEA another benefit: it has access to TaskRabbit`s customer data.

"The knowledge of the taskers and their interaction will be some sort of asset for us in the future for feedback for product development," said Brodin. "That was not part of the strategy but that`s something we are going to explore."