Goyal said the Centre is working with state governments and trying to make things more simpler for new companies to come in. 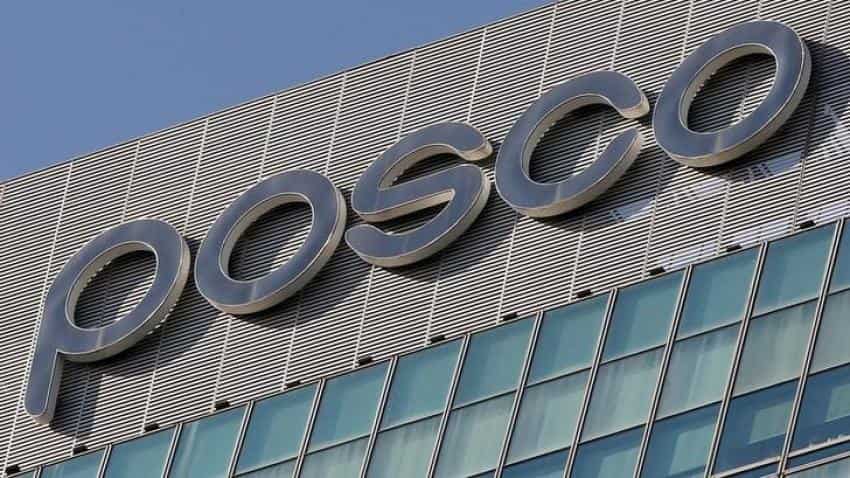 Posco-India had signed an agreement with the state government in June 21, 2005. Photo: Reuters
Written By: PTI
RELATED NEWS

Undeterred by Posco-India's offer to return the land provided for its steel project in Odisha, Union Minister Piyush Goyal today said if one company pulls out, others will come in.

"There are more and more opportunities in India and if one company chooses to pull out, others will come in," Goyal said on the sidelines of International Diamond Conference 'Mines to Market'.

Commenting on the delay in land acquisition and other policy issues as regards the Korean company, the Coal and Power Minister said, "It had happened during the earlier regime and now things are becoming more transparent."

Odisha's Industries Minister Debi Prasad Mishra had said that Posco-India in a letter requested the state government to take back its 2,700 acres of land provided to it near Paradip for setting up a 12 mtpa steel plant at an investment of Rs 52,000 crore.

As the steel major had not made any formal communication with the Odisha government about its plan, the present letter is considered as the first move for scrapping of the project.

Posco-India had signed an agreement with the state government in June 21, 2005 for setting up its mega steel facility near Paradip.

Meanwhile, Goyal said the Centre is working with state governments and trying to make things more simpler for new companies to come in.

"For the mining sector, to bring in transparency, we have separated exploration and exploitation of the mines by amending the Mining Act. Now things will become much easier," he said.

Addressing the diamond exporters, he said the Centre is also taking steps to issue separate exploration contracts, which will be separate from exploiting of the mines.

"India plans to change rules of exploration of mines. We plan to have separate contracts to explore the mines. We will pay the companies to explore and we will take the risk. We will also incentivise them if the exploration turns valuable," Goyal said.

As for the exploitation of the reserves found, it will be done through the auction, the minister said. He also urged Indian companies to participate in the exploration as well as the exploitation process.

"One should not only depend only on large international companies in the mining sector. The time has come to take a leap and not follow the world," Goyal said.

"We are going to explore the minerals and invite bids for the process of exploiting the resources found," he said.