On IDFC Bank-Capital First merger, a Morgan Stanley report says that the 13-15% returns on equity is a thing of the future. 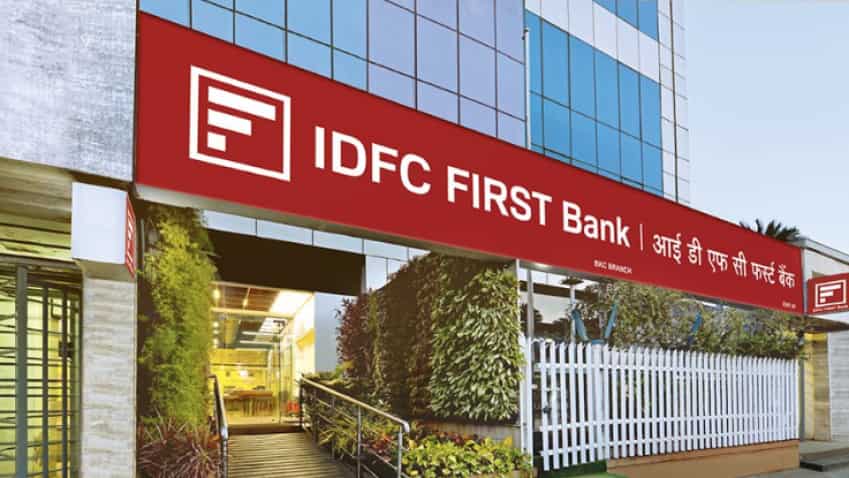 While speaking to Anil Singhvi, V Vaidyanathan, IDFC First Bank MD and CEO gets emotional; This video will touch your heart | WATCH

IDFC Bank-Capital First merger last year in December grabbed headlines. The stock is very much in the news even now. IDFC Bank, a private sector lender merged with Capital First, a non-banking financial institution that offers debt financing. The merged entity has been named IDFC First Bank. This merger was done to ensure that it would speed up loan book retailisation - Capital First's ~90% retail loan mix and high yielding retail loans. So, is it a positive or negative for investors? Analysts at Morgan Stanley have analysed the situation that the merged entity is in and what lies ahead for it.

A Morgan Stanley report states that the 13-15% returns on equity is a thing of the future, given the 5-6 years guidance by the management. These experts say implementation will be difficult due to two factors.

Retail deposits (both savings and term) have been seeing intense price competition. The new management's aggressive branch expansion drive (unavoidable), will push up costs upfront for sure; but success with retail liabilities won't be easy and we expect significant lag. Price competition in prime retail loans too remains intense. The bank will have to focus more on growing higher yielding and "riskier" retail loans faster.

IDFB has one of the weakest retail liability franchises and one of the lowest share of retail loans among peers. IDFB's large balance sheet makes achieving any outcome more difficult than for smaller peers, which could arguably qualify better as turnaround stories.

Analysts said, "We forecast weak BVPS CAGR of ~4% / ~6% over the next two / five years, much lower than large banks in our coverage (15%+). Hence, the sole driver of stock returns is valuation rerating which seems tough to us given there are large and small peers in a similar valuation vicinity, with better fundamentals and much higher return ratios minus integration/execution risks.

While speaking to Anil Singhvi, V Vaidyanathan, IDFC First Bank MD and CEO gets emotional; This video will touch your heart | WATCH