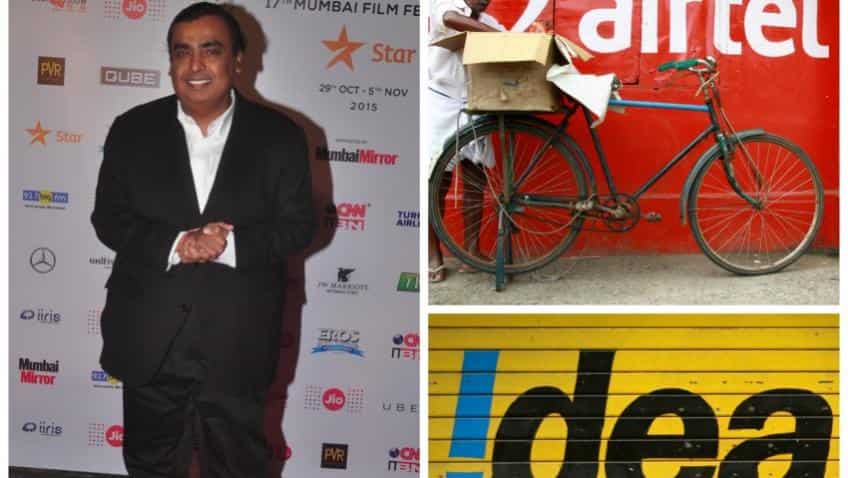 What to expect from Airtel Q3 results today

Airtel’s shares were down 1.94%, at Rs 310.20 per share on BSE Sensex, just one hour into the trading session on Wednesday.

However, Idea Cellular, who deferred its result declaration date beyond January 23, plummeted 2.31% at 1036 hours to Rs 73.85 per share on BSE Sensex.

He said, "The present termination costs at 14 paise which are well below cost has resulted in a tsunami of minutes terminating into our network. This has led to an unprecedented year on year revenue decline for the industry, pressure on margins and a serious impact on the financial health of the sector."

Airtel's consolidated revenues for the given quarter stood at Rs 23,336 crore, lower by 3% as against the same period of last year.

Idea cellular can expect much worse. LiveMint said, “…the smaller you are, the bigger the trouble.”

Industry experts like Sanjesh Jain from ICICI Securities predicted that Idea Cellular will report losses to the tune of Rs 550 crore.

Seeing as how Bharti Airtel have missed estimates by a huge margin, Idea does not have much to look forward to either.

What to expect from Airtel Q3 results today