ICICI Bank share price soars 5%, is this the reason why?

The weak ICICI Bank Q1FY19 quarter did raise a red flag for many experts, however, a majority of them maintained a 'buy' ratings on the bank. 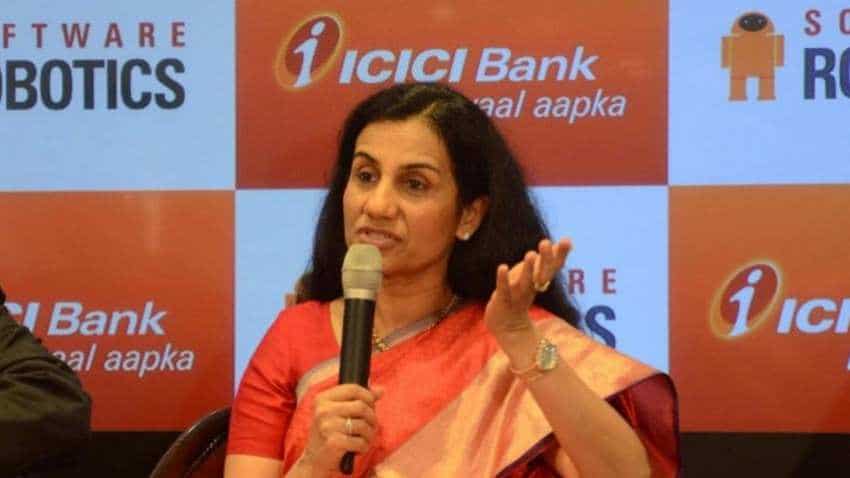 The private lender ICICI Bank found favor in the eye of investors in today’s trading session despite the bank posting a weak June 2018 quarter (Q1FY19). The share price of ICICI Bank surged more than 5% on BSE with an intraday high of Rs 308.35 per piece, however, it ended at Rs 307.25 per piece above by Rs 13.95 or 4.76% on the index. The bank made a net loss of 1.20 billion rupees ($17.47 million) in the three months to June 30, compared with a profit of 20.49 billion rupees a year earlier. Analysts on average had expected a net profit of 14.62 billion rupees, according to Thomson Reuters.

The weak ICICI Bank Q1FY19 quarter did raise a red flag for many experts, however, a majority of them maintained a 'buy' ratings on the bank.

There was a deterioration in bank's asset quality, with gross non-performing assets (NPAs) or bad loans widening to 8.81% of the gross advances as on June 30, 2018, compared to 7.99% by June last year. Meanwhile, there was a significant jump in provisioning and contingencies at Rs 5,971.29 crore for the said quarter as against Rs 2,608.74 crore earlier.

The provision coverage ratio on nonperforming loans, including cumulative technical/prudential write-offs increased by 560 bps sequentially to 66.1% at June 30, 2018, further strengthening the balance sheet.

Many analysts have increased their slippage target for the bank looking at the rise in stressed assets. But they have also estimated improvement in asset quality ahead.

Similarly, HDFC Securities also raised their slippage assumptions to ~3.9% annu (vs. ~3.8% earlier). Analysts over here said, “Despite accelerated recognition (and provisioning) over the last 2 years (industry NPAs rose from 4.7% to 18.2% over FY15-17 which has further in FY18), the large pool of loans (~9%) rated BB and below is worrisome.”

Still HDFC Securities also believes despite building in relatively lower recoveries and cutting earnings by ~31/5% for FY19/20E, ICICIBC can yield RoAA of 1.11% in FY20E. This, and inexpensive valuations, drive our positive view. Further dilution in subs and robust recoveries could push earnings upwards.

Also Phillip Capital said, “Operating performance of ICICI Bank remains weak owing to compression in NIM, tepid loan growth and high provision. We expect pressure on asset quality to recede as the trend in slippages is expected to improve owing to decline in stress pool of asset. Resolution of some of the stressed exposure will provide cushion to asset‐ quality. Near‐term challenge on credit cost will remain.”

Therefore, even though ICICI Bank posted a net loss in Q1FY19, the bank is seen to improve its asset quality ahead, which gives a optimistic views from analysts hence the raise in target stock price.