IBC is the biggest change for NPA recovery in banking history of India: Rajnish Kumar, SBI

Rajnish Kumar, Chairman, SBI, in an exclusive interview with Anil Singhvi of Zee Business, talks about YONO app, NBFCs, SBI's focus towards technology and ongoing liquidity crunch as well as loan waiver culture in the country. 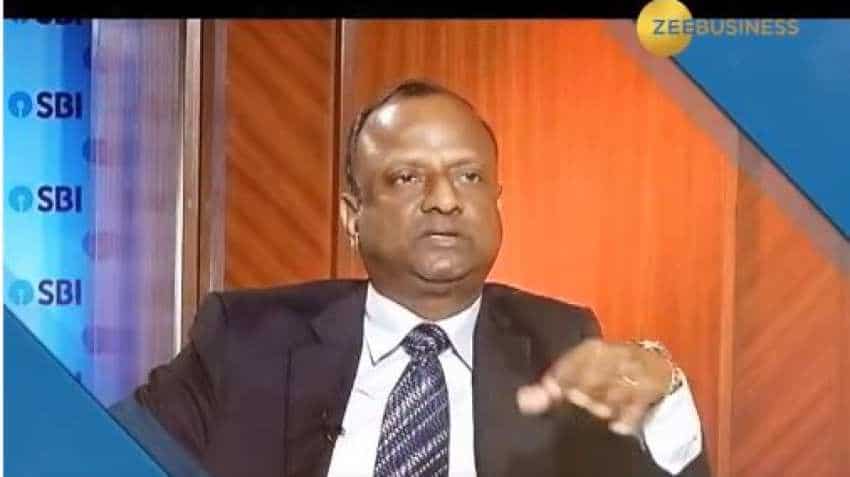 The YONO's IRCTC app is better than the actual app of IRCTC. In fact, YONO is serving the requirements of the youth of the present world, said Rajnish Kumar. Image source:
Written By: ZeeBiz WebTeam
RELATED NEWS

Q: What is YONO?
A: YONO stands for You Only Need One. It is one stop shop to fulfil all banking, investment and shopping needs. The main theme of the App, YONO, is 'Lifestyle & Banking, Dono. It has a hit of around 10,000 to 12,000 on Amazon on a daily basis. The YONO's IRCTC app is better than the actual app of IRCTC. In fact, YONO is serving the requirements of the youth of the present world.

Q: Do SBI have a focus on technology?
A: Yes. We are trying to create a digital universe through YONO. Considerable developments will be made on the platform in the next two years.

Besides, we have plans to assist farmers and it can be met by providing information in vernacular language. We have inked a pact with Reliance Jio for the purpose. Interestingly, Jio has a segment that does not use a smartphone but uses Jio handsets that run on their own network. YONO will be available on the handset and this facility will boost digital payment facilities.

Q: Let us know about the existing liquidity situation in the country? Provide a timeline by when the problem will be solved and the steps being taken by SBI to tackle with the problem?
A: There is a liquidity shortage of about Rs 1 lakh crores in the system. It is not something new for the system and it has the abilities to deal with such shortages. In additions, NBFCs have rolled over their commitment. Few NBFCs, which were dependant on short-term fundings, that reported asset-liability mismatch (ALM) on their part are trying to improve it.

Q: What is your outlook on the implementation of IBC (Insolvency and Bankruptcy Code)? Has it fastened the process of NPA recovery?
A: It is a new law, which was introduced in 2016 and will take time to settle down. The legal issues associated with the law is delaying resolutions of the cases and there is a need to fasten it. However, the Supreme Court's decision on IBC and government's pro-active steps will help it, the law, to settle down.

Q: Is IBC the biggest change in the Indian banking sector since independence or it is the biggest change for NPA recovery?
A: I consider it, IBC, as the biggest change for NPA recovery. Earlier, a similar change was brought in form of SARFAESI (Securitisation and Reconstruction of Financial Assets and Enforcement of Securities Interest) Act but it also had a problem of delaying the cases. IBC cases are resolved at a faster pace then SARFAESI act. IBC has also brought a sense of discipline among borrower as well as lenders. In fact, the law will strengthen the economy as well as the banking facilities of the country.

Q: Do you feel that the end of NPA story has just begun?
A: The situations have improved and it is visible in June and September quarter. There is a sense that there is an improvement in the situation and its impact is quite visible in the results of June and September quarter. In fact, a sense is developing that says that NPA's will not go beyond this level. For instance, we hope that SBI's NPA account will go below Rs40,000 crore by end of the financial year from Rs 1 lakh crore that existed in March 2017. The same story is being written at other banks too as there is a reduction in fresh slippages and the recovery process has also fastened itself.

Besides, there are three such accounts, at various stages in IBC, whose recovery can bring Rs1.30 lakh crores to the banking system. Rs 30,000 crore of that recovery belongs to SBI.

Q: Do you think that resolutions and court decisions have created a situation under which banks are not interested in selling their NPAs at any rate as well as the promoters are working hard to save their assets.
A: Promoters are interested in retaining their assets and they are trying hard to save themselves from such actions. IBC is one of the biggest reason behind the decline of NPA accounts of the bank. In fact, it will also bring improvement in recovery and credit discipline in the sector.

Q: Dozens of Public Sector Banks (PSBs) are available in India. Do you think that the number of PSBs are needed in India? Can't we have just one or two PSBs, like SBI, which will be beneficial for both the banking sector as well as the economy?
A: It has been debated across the country. I feel there is a need of at least 2-3 more public sector banks like SBI should be present in the country like India that is a house of 1.30 crore people.

Q: Do you think that government's intention of merging weak banks with stronger banks will bring a change in the system?
A: I think it will happen. I feel it is a good selection in which a weak bank is being merged with two strong banks. This merger will help in increasing their size and consolidation of the PSBs. To perform well banks will have to have skills or a niche area of functionality as surviving or competing by copying each other is no more an easy task.

Q: People are seeking relaxations in PCA norms that were enforced through RBI's February 12 Circular. Is there a need to differentiate between defaults and delay? What is your opinion on it?
A: The circular has differentiated the meaning of default and delay as it hasn't touched the 90 days definition of IBC code. However, it has said that the resolution process should be initiated even if there is a default of a day. I feel timely actions should be taken in cases where signs of stress are available in the true sense as it will help in protecting/guarding the system.

Q: What is your take on loan waiver culture?
A: It is a sensitive issue and it can be changed by adopting few steps like finding ways to increase the income of farmers, like increase of MSP, as it will help them to pay off their loans. Secondly, loans should be limited to a level, where it can be serviced. I feel the culture of loan waivers should be stopped as such waivers can have an impact on the credit culture of the country.

Q: Are you satisfied with steps that were adopted by the government to protect IL&FS?
A: It is the best action that would have been taken to deal with the issue. Now, they are working on the resolution process, which will include the mechanism of selling certain assets. I feel those assets should be sold in an order so that the government will be able to maximise its value.